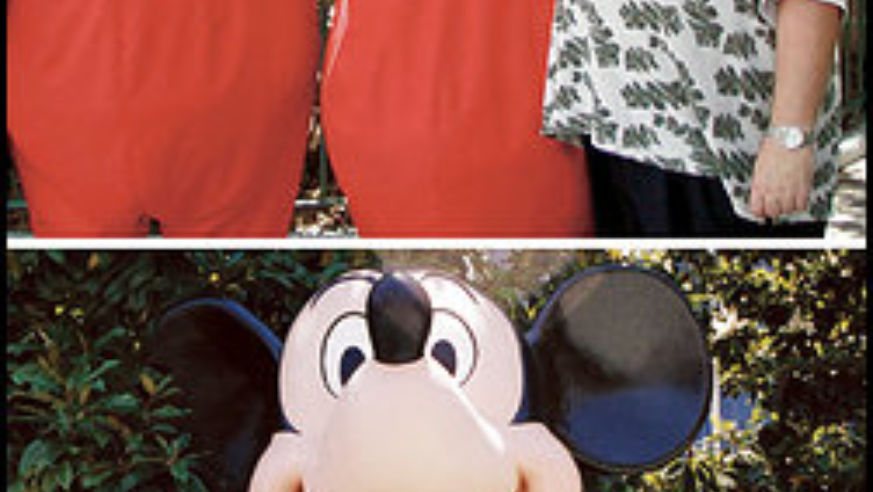 Earliest Disney memory: Listening to the LP of Babes in Toyland

His first time: "Sometime in the late 1960s. I don't know if it was the music or the fantastic rides or all the smiling people, but I remember that Disneyland somehow felt different--safer, happier."

Favorite ride: "Jungle Cruise, the only ride that's different every time you're on it, and the only place in Disneyland that wiseguy cast members are allowed to be themselves."

Number of visits: About 150 to Disneyland, 75 to Walt Disney World

Why the fascination? "Disney has the finest in family entertainment, and Disneyland is the only place in the world that my children can join me in reliving the best moments of my childhood. But I'm not your typical obsessive fan. I love Disney theme parks and write about them for a living, but I don't stalk characters or anything."

Most exciting Disney moment: "Taking my son Zachary, then 1, for his first ride on the Autopia, and sharing his wide-eyed delight at driving his own car."

Favorite piece of Disney memorabilia: "Photos from my family's trips to Disneyland and Walt Disney World that I keep in a scrapbook. I don't stockpile souvenirs."

Profession: Founder, owner, and editor-in-chief of JimHillMedia.com, covering everything Disney: new annual pass policies, rumors about upcoming films, tributes to artists behind the scenes, and so forth

Earliest Disney memory: "Being sprawled out on the floor at my parents' house on some Sunday night, watching The Wonderful World of Color--on our black-and-white TV--as Walt introduced that week's episode."

His first time: "July 1970. My family was on a cross-country trip, with seven of us crammed in a Dodge van. The day we finally visited Disneyland it was brutally hot, but I remember we still had a wonderful time. I didn't get to ride or see every single thing that day, and that might have been the start of my obsession--that I need to see it all."

Favorite ride: "Probably Star Tours in Tomorrowland. I especially like the clever storytelling in its queue area."

Number of visits: More than 50 to Disneyland, more than 100 to Walt Disney World (Hill lived in Orlando during the mid-1990s)

Why the fascination? "I enjoy the way you're surrounded by detail, and all the care and planning that's gone into creating this seemingly carefree atmosphere."

Most exciting Disney moment: "In 1985, I was working as a reporter for the U.S. Army, and scored an invite to Disneyland's 30th-anniversary party. I totally took advantage of the backstage access I had as a member of the press, and wandered across the rooftops of Main Street, U.S.A., looking down at the crowds."

Favorite piece of Disney memorabilia: "The souvenir map of Disneyland that I purchased with my allowance money back in 1970."

Take it from the Dweebs