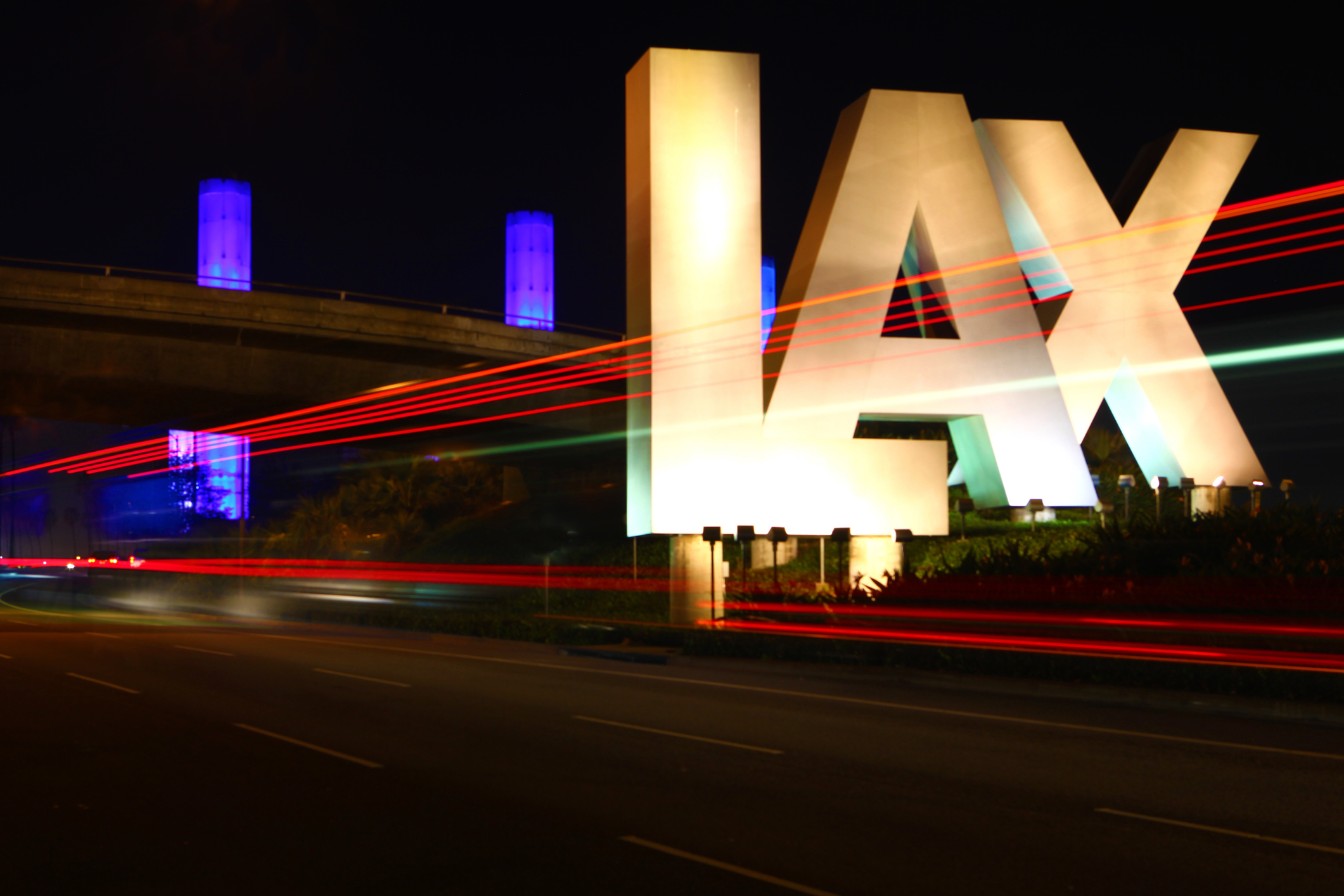 Harold Stiver/Dreamstime
A new survey reveals the most popular airports on Instagram - did yours make the list?

We each have a soft spot for one or two particular airports. Maybe you have an eye for design-forward terminals? Or you’re all about the food court? A green ethos? Or maybe you just prefer an airport that’s (relatively) free of drama?

The travel junkies over at TravelBank, an app that helps business travelers predict and manage travel costs, just published a fun survey on this topic. They took a look at how U.S. airports stacked up on Instagram. While it’s by no means an exact science, analyzing the airports that have the most followers on Instagram, where beautiful, inspiring photography and aspirational captions are prized, is a pretty good barometer of popularity. Enjoy the results, and while you’re at it, pay a visit to @BudgetTravel on Instagram for an extra dose of travel inspiration.

AN AIRPORT WITH HOLLYWOOD GLAMOUR

Los Angeles International Airport (@flylaxairport) tops the list, most likely because of its proximity to film and TV celebs, its eye-popping LAX sign, and a pretty nice assortment of restaurant and entertainment options that have always made this airport one of my favorites. (I have lots of family and friends in Southern California, so I’ve been a bit of a fixture here over the years.) The airport is also in the midst of a$1.6 billion renovation, so even better things are on the way.

Chicago O’Hare International Airport (@flyohare) takes the no. 2 spot. If you’ve ever flown to or through O’Hare (and who hasn’t?), you probably associate it with hustle-bustle and, sometimes, frantic gotta-make-that-connecting-flight sprints. But we love O’Hare for its impressive public art collection and restaurants that overlook the airplane runways (definitely an Instagrammable view).

San Francisco International Airport (@flysfo) is relatively small compared with LAX and O’Hare, but serving Bay Area and Silicon Valley travelers, the easy availability of See’s candies and Boudin sourdough bread, not to mention a $2.6 billion expansion, propels this manageable and welcoming airport to no. 3.

THIS AIRPORT HAS A PET HOTEL

Dallas/Fort Worth (@dfwairport) comes in at no. 4, possibly because of its great photo-worthy observation area and on-site pet hotel.

SWANKY STYLE RULES AT THIS AIRPORT

Miami International Airport (@iflymia) is no. 5, with spectacular art exhibits, and, of course, a dose of Miami’s stunning style.

Missing from the list are two of my personal favorites: Glacier International Airport, in Kalispell, Montana, is probably my favorite place in the world to step off a plane, with a friendly, welcoming vibe, depictions of Montana wildlife on the walls, and a short drive to its namesake national park. My favorite airport to step on a plane? LaGuardia International Airport in my hometown of New York City. Sure, it’s just about everybody’s least favorite airport for its confusing traffic patterns, crowded and poorly signed interiors, overworked staff, and mediocre food offerings (I could go on), but LaGuardia is a sentimental favorite for me because I can get there easily on public transportation and the views of Manhattan’s skyscrapers from the air are better than those from any other NYC-area airport.

Talk to us: What’s your favorite U.S. airport? Why do you love it? 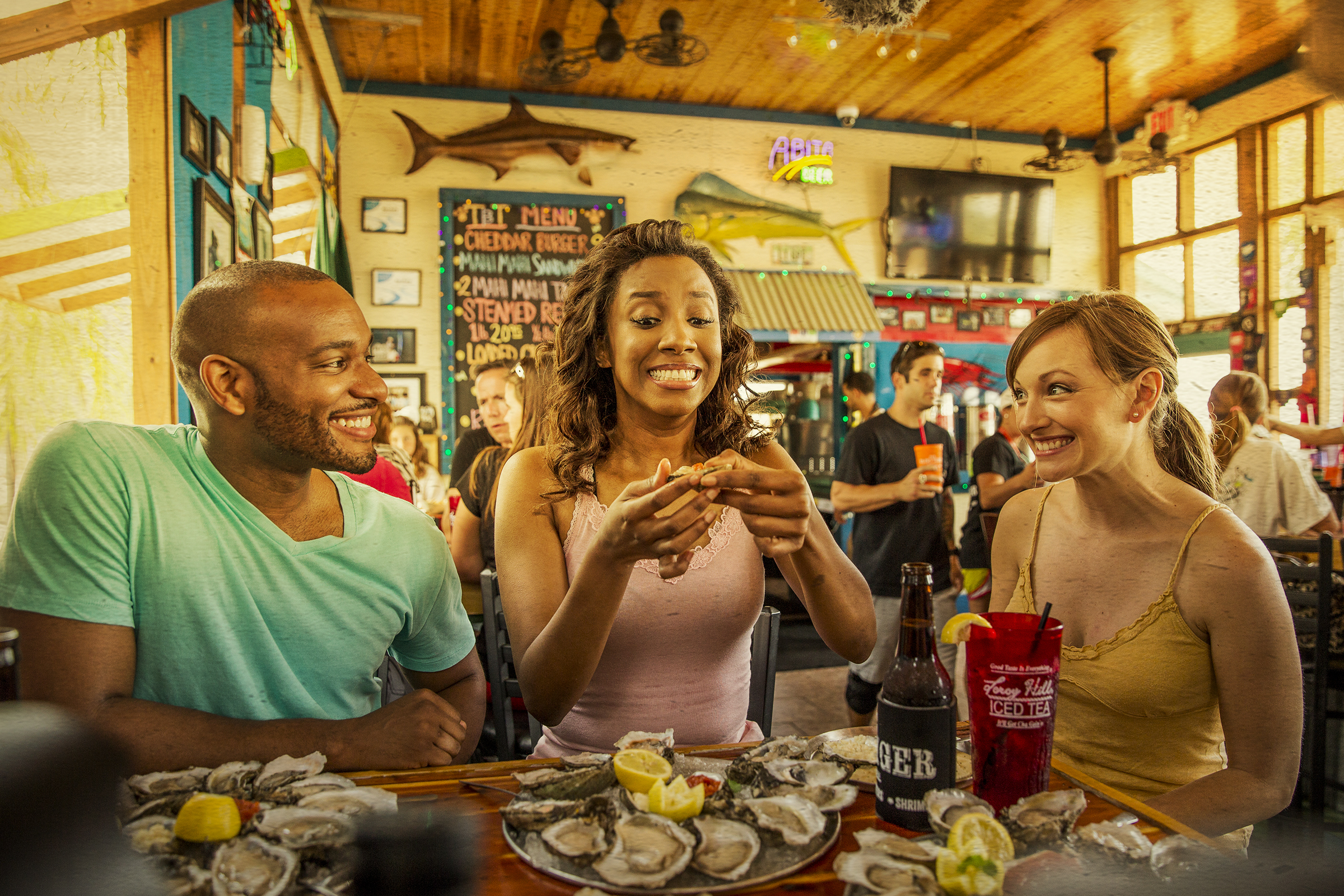 Live Like a Local on the Mississippi Gulf Coast

From the incredible natural beauty of the Gulf Islands National Seashore to fun water sports on the Pascagoula River, from Gulf-fresh seafood to BBQ and craft beer, from fine art to the hottest live music, the Mississippi Gulf Coast offers a getaway for every type of traveler. We spoke with some of the locals who make the Coast tick for their favorite hotspots. WHICH ISLAND IS BEST FOR YOUR TRAVEL PERSONALITY? Each of the Gulf Islands National Seashore’s barrier islands offers opportunities for casual-to-adventurous travelers who want an authentic, wild experience (before they head back to shore to grab some gourmet seafood and world-class craft beer at sundown, that is!). Chandler Borries, a travel photographer who hails from Biloxi, says “I’m a big outdoors enthusiast, and I love a boat excursion to one of the islands and taking a nature walk through Gulf Islands National Seashore.” Each of the six barrier islands offers something unique to adventure-minded visitors. Ship Island, Borries’s favorite, is home to the historic 19th-century Fort Massachusetts, and a beach that’s perfect for swimming, hiking, or fishing. Cat Island boasts bayous and marshland that serious birders will love. Deer Island’s beach is just a short boat ride from Biloxi. Horn Island is a magnet for vacationers seeking peace, sand dunes, and pelicans. Round Island and Petit Bois Island are the smallest islands but offer glimpses of migratory birds and much more. Learn more about outdoor adventures on the Mississippi Gulf Coast here. PADDLE, CYCLE, OR HIKE THE GULF COAST Borries says, “I also love that the Gulf Coast has plenty of places to kayak and paddleboard.” From gentle paddling to downright wet &amp; wild water adventures, the Gulf’s open Coast waters, scenic bayous, and beautiful “blueways,” make the region one of America’s best places to hit the water. You can charter a deep-sea fishing boat, sail on a historic schooner, or even try paddleboard yoga. And be sure to check out the Pascagoula River Blueway (the largest free-flowing river in the lower 48 states) for great kayaking, fishing, and wildlife-watching. Learn more about paddling the Mississippi Gulf Coast here. If you want to stay on dry land, the Coast is packed with recreational trails and walking or biking tours. Borries suggests, “One of my favorite morning activities is a bike ride down Front Beach in Ocean Springs followed by a savory biscuit and coffee from The Greenhouse on Porter.” Learn more about the Mississippi Gulf Coast’s recreational trails here. OYSTERS, SHRIMP &amp; MORE The Mississippi Gulf Coast is justly renowned for its fresh seafood. That’s one reason why Foursquare named Darwell’s Cafe, in Long Beach, one of America’s greatest diners, citing its crawfish étouffée with seasoned shrimp on top. We asked our locals to take travelers off the beaten path to find the tastiest joints serving up seafood, BBQ, and more. Alex Perry, chef and owner of Vestige, a modern American restaurant in Ocean Springs specializing in seasonal, market-inspired dishes, including a Gulf-fresh catch of the day and jumbo lump crab croquettes, suggests, “Pop over to Eat Drink Love, in Ocean Springs, for their lunchtime salads, fresh cheeses, cured meats, and crostini. Some of my favorite hidden gems are La Nortena in Biloxi for excellent Mexican cuisine and Kien Giang in D'Iberville for Vietnamese.” Corey Christy, communications director of the Walter Anderson Museum of Art, in Ocean Springs, and bassist for the 10-piece jam-funk band Blackwater Brass, says “My favorite place for lunch is Le Bakery, on Oak St. in Biloxi, where everything is extra-fresh and the prices are unbelievably affordable. My current favorite dinner spot is Patio 44, in Biloxi, with great bar service and a very diverse menu, including seafood gumbo with shrimp, oysters, and crab meat.” Borries says, “Woody’s Roadside, in Biloxi, is definitely at the top of my list.  Every time I’m home I make sure to stop by and grab one of their signature burgers. Phoenicia Gourmet Restaurant, in Ocean Springs, is another good option if you’re in the mood for local seafood like blackened shrimp, red snapper, and crab cakes.” Learn more about eating like a local on the Mississippi Gulf Coast here. CRAFT BEER From the beer snob to the party animal, the Gulf Coast has some sipping opportunities to satisfy all tastes. And Christy reminds us that his place of work, the Walter Anderson Museum of Art (WAMA), in Ocean Springs, throws an annual craft beer tasting. Popular local Gulf Coast breweries include Lazy Magnolia Brewing Company, in Kiln, with its refreshing Lazy Saison Belgian-style pale ale, Jefferson Stout, and hoppy Southern Hops’pitality India pale ale; Biloxi Brewing Company’s award-winning flagship Black Gold; and Chandeleur Island Brewing Company, in Gulfport, with its Surfside Wheat Ale and Freemason Golden Ale, perfect for waterfront sipping. Learn more about the Mississippi Gulf Coast’s craft breweries here. LIVE MUSIC &amp; NIGHTLIFE No day on the Coast is complete without music, and Mississippi boasts a musical history like no other state. If you want to enjoy cool street art with your live entertainment, you can’t go wrong on Fishbone Alley, a new pedestrian walkway in Gulfport that links several music venues, bars, and eateries, allowing travelers to carry beer and cocktails in go-cups from joint to joint. Our locals chime in on their other favorite night spots. Christy says, “The Government Street Grocery, in Ocean Springs, is my fave for drinks and live music.” Borries agrees that Government Street Grocery is a must-stop. “Some of my other favorite venues are Mosaics and Murky Waters. They are all within walking distance of each other and have a relaxed laid back atmosphere.” You must also experience the Mississippi Blues Trail’s coastal sites, where historic theaters, blues joints, and other important structures help visitors trace the history of blues and jazz in communities such as Biloxi, Bay St. Louis, and Pass Christian. Learn more about the Mississippi Gulf Coast’s music and nightlife here. 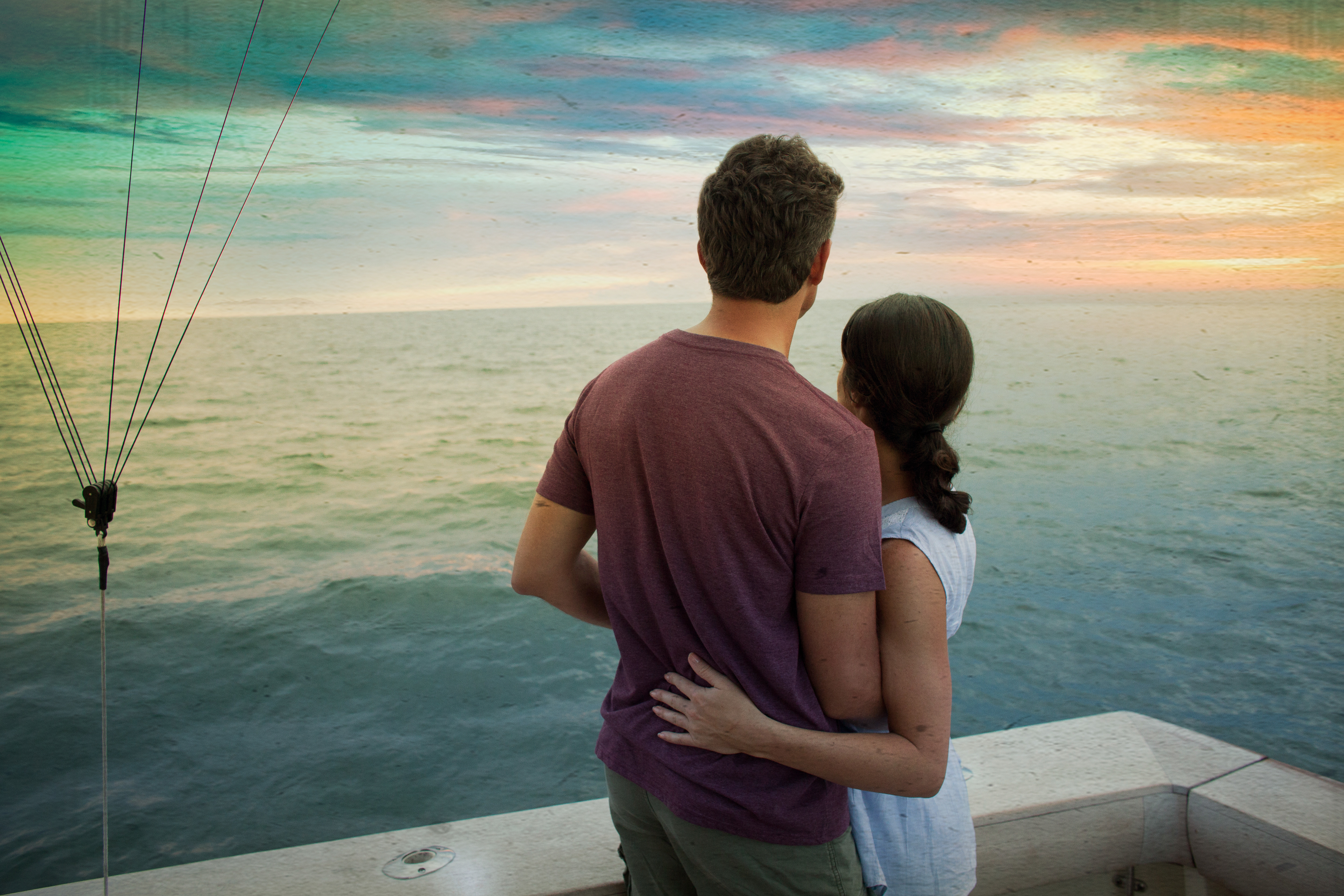 A Spectacular Three-Day Weekend on the Mississippi Gulf Coast Sure, the New Year doesn’t officially begin until the stroke of midnight on January 1. But when you’re part of the Lonely Planet family of guidebooks, videos, magazines, apps, and online resources, as Budget Travel is, late October feels like the time to pop the cork: Lonely Planet’s Best in Travel 2018 list was just announced, and we’re already packing our bags. BEST CITIES TO VISIT IN 2018 As always, Lonely Planet’s best cities to visit in 2018 grabbed our attention, with Seville, Spain, topping the list for its vibrant artistic legacy, not to mention its scene-stealing role in Game of Thrones. We were psyched to see one of our favorite American comeback stories, Detroit, grab the no. 2 spot on the list of cities. (For a taste of what the Motor City has to offer, take a spin through the photo essay that Meredith Heuer shot for Budget Travel celebrating the creative residents and new arrivals who are transforming neighborhoods, “See the Incredible Detroit Renaissance!”) Perhaps Lonely Planet’s most noteworthy choice of city is San Juan, Puerto Rico, which is still in the throes of a challenging hurricane recovery effort. LP editors selected San Juan for the 2018 list before Hurricane Maria struck, but research and interviews with Puerto Rico’s tourism officials inspired them to keep the resilient city at no. 8 on the list of 2018 cities. The message to the world’s travelers: Puerto Rico will soon be back in business. BEST REGIONS TO VISIT IN 2018 Because Budget Travel focuses enthusiastically on U.S. domestic travel, we often get most inspired by Lonely Planet’s U.S. and North American recommendations. LP’s Best in Travel list recommends Alaska as one of the world’s top regions for its wild and unparalleled natural beauty, as well as the American South for its upcoming commemorations of the Civil Rights Movement and the 50th anniversary of the murder of the Reverend Dr. Martin Luther King, Jr., and the 300th anniversary of the city of New Orleans. Baja California, Mexico, also made the list of regions for its jaw-dropping beaches, welcoming towns, and great food. Arizona and Jacksonville, Florida, each got a nod as great travel destinations that offer exceptional value and affordability. Pay a visit to our colleagues over at Lonely Planet for the full Best in Travel 2018, and tell us where you’re going next. 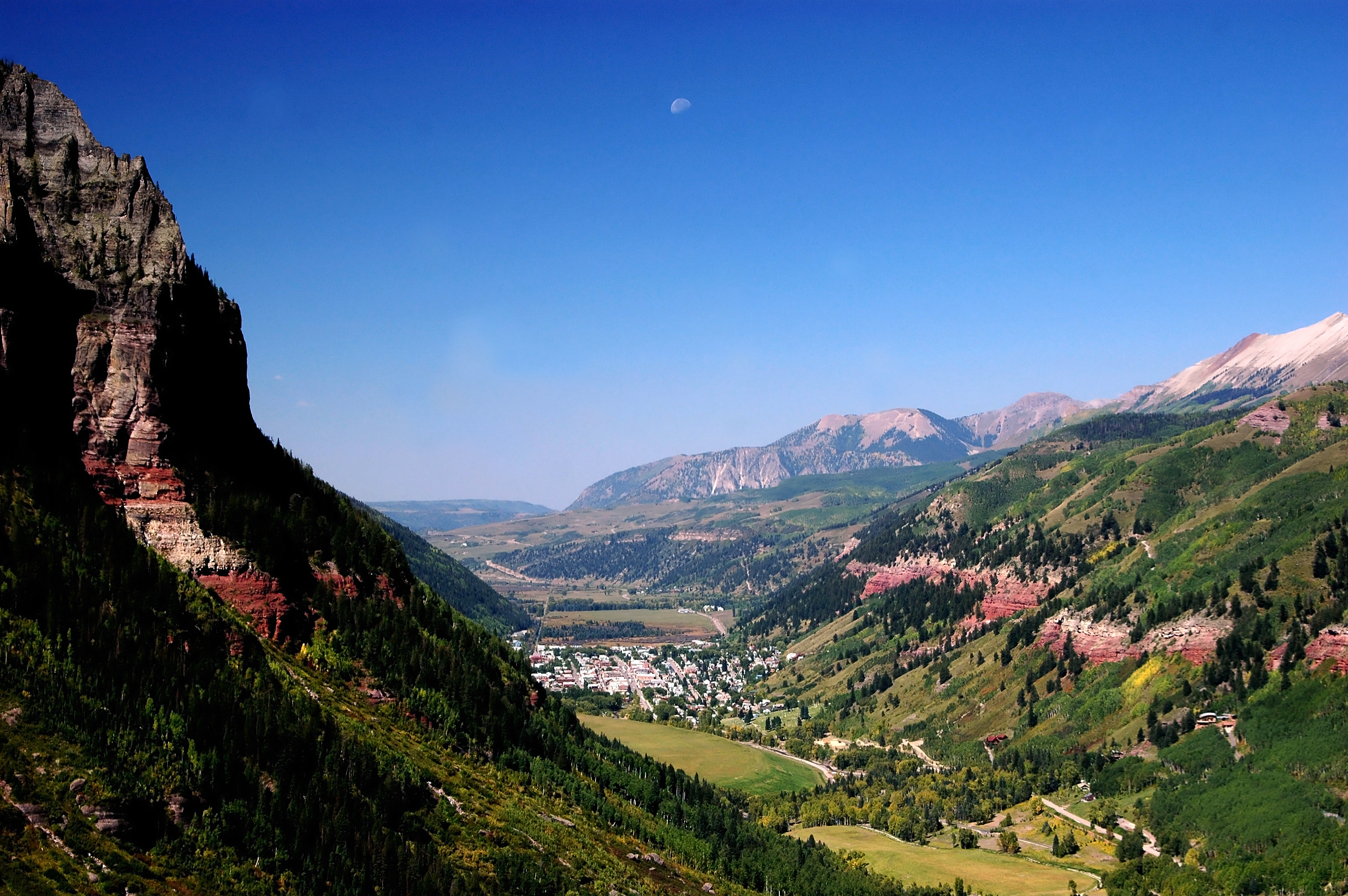