Cruise Ports Secrets I Wish I'd Known Before My Last Vacation 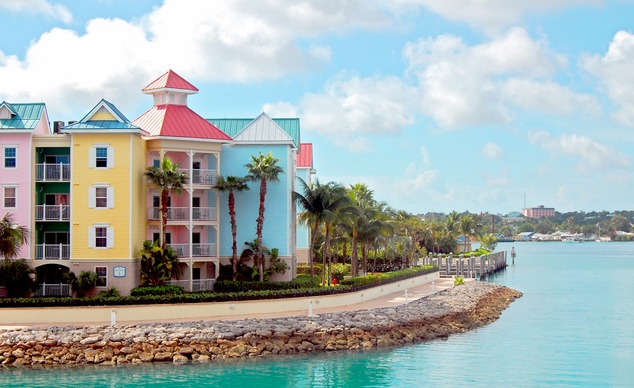 <p>MorganOliver/Dreamstime.com</p>
A year's worth of cruise data reveals the most visited cruise ports on earth. Fortunately, there are hidden attractions to be enjoyed in each one of them. Here's how you can follow the wisdom of the cruising crowds—without having to spend all of your time with them.

If you're planning a cruise, chances are high that you'll be traveling to the Caribbean. According to CruiseCompete.com's annual report, nine of the ten most popular cruise ports in the world are in the Caribbean (or close enough to count).

The website's list, which is compiled from cruise quotes requested by potential customers, shows that Alaska is also a perennial favorite for cruisers. Several Inside Passage ports made the cut, with Juneau coming out as the most requested cruise stop in the 50 states.

With so many people wanting to go to the same places, you might worry about crowds—but you don't need to. It turns out that even the hottest port has a few places where you can get off the beaten path. Here are some recommendations that will make you feel like you're in the know, before you get off the ship.

19 GORGEOUS PHOTOS OF THE PORTS

Just 180 miles from Miami, the Bahamas are usually the first or last stop on an eastern Caribbean cruise (even though the archipelago is technically in the Atlantic). People love the islands—there are approximately 700 in all—for first-class snorkeling, casinos and fine dining, and it's top four ports are Nassau, Princess Cays, Great Stirrup Cay and Half Moon Cay, it's the most requested country in the world for cruising, according to CruiseCompete. Two of them made the list for the top ten most visited ports in 2011, including the capital, Nassau, which is a major shopping center.

Secret: If you'd rather mingle with locals than join the crowd heading to Senor Frog's, take the Number 10 Jitney to Arawak Cay, where you'll find several stands serving up fried seafood. Go to Goldie's, and order a cold Kalik beer with some conch fritters; if you go to the back porch, sometimes you'll see workers pulling up the conch from the water.

Mexico's Yucatan Peninsula continues to draw sun seekers who want some culture with their cruise, particularly this year when the Mayan calendar predicts the end of days. But there's plenty of room for fun, too. Cozumel, an island off the coast, offers countless snorkeling and water-based activities, as well as gorgeous beaches: Corona ads are often shot here.

Secret: Can you stand the heat? If so, the Mayan Steam Lodge/Temazcal experience—a spiritual sauna-like ceremony that includes native rituals—may be for you. Afterward, you'll jump into the property's freshwater cenote (underground spring) to cool off (there are also showers, if you'd prefer to rinse off there). The four-hour excursion costs $80 per person, and includes transportation to and from the ship.

If you're on an eastern Caribbean cruise, you'll probably stop in St. Thomas, as it's one of the world's busiest cruise ports. A Mecca for duty-free shopping, the Charlotte Amalie port has plenty of jewelry, perfume, and electronics stores; check prices at a few shops before you buy to ensure the best deal. St. Thomas can also be a good place to unwind on a beach or provide a good jumping-off point for exploring the nearby island St. John, which is quieter and less developed.

Secret: While everyone else on your ship heads for the famed Magens Bay beach, pick up some groceries at Crown Bay Marina for a picnic lunch and catch a ferry to Water Island, sometimes considered the fourth Virgin Island. Not only is the sea at the island's palm-lined Honeymoon Beach calm, the cove is quiet—you won't find the shops or tour operators here that you see on other St. Thomas beaches.

One island, two cultures: With portions settled by the French and the Dutch, the island is one of the smallest to be governed by two countries (don't worry, though, almost everyone speaks English). Philipsburg, on the Dutch side, rivals St. Thomas for duty-free shopping, while the towns of Marigot and Grand Case on the French side are filled with  fine and casual restaurants with French flair where you can find dishes like escargot (snails) or bouillabaisse (fish soup).

Secret: If you don't want to join the crowds breathing jet fumes at Maho Beach, take a short cab ride to French Cul-de-Sac, where you can catch a ferry to Pinel Island (regular service starts around 9 a.m.). The uninhabited island off St. Martin has several restaurants where you can rent beach chairs, have drinks and go snorkeling; there's a designated snorkel trail in a protected marine reserve on the island's south side, where you can spot sea fans, urchins, turtle and rays among the coral.

Known for offshore banking, the Cayman Islands have a natural side beyond the shops of George Town. Grand Cayman is one of the few places where you can see the world's most endangered iguana, the blue iguana, and thousands of tourists converge on Stingray City to watch the sea animals. Seven Mile Beach offers an uninterrupted view of the Caribbean that seems like a postcard come to life.

Secret: If you like Jimmy Buffet music, catch the Grand Cayman's resident beach bum, the Barefoot Man (in real life, George Nowak). He plays most Tuesdays and Thursdays at the Reef Resort on the island's East End. If you don't have time to catch a show, pick up a CD for $16 in one of the souvenir shops in George Town.

It's hard to escape history in Puerto Rico; its capital, San Juan, dates back to the 16th century. The immense San Felipe del Morro fortress anchors Old San Juan and Ponce de Leon, the island's first governor, is buried at the Cathedral of San Juan. If you venture off into the countryside, you'll find beaches, rain forests and a bioluminescent bay where you can kayak.

Secret: Puerto Rico's cuisine is infused with unique Latin flavors that you'd be hard-pressed to find elsewhere in the Caribbean. Why not spend a few hours learning how to duplicate the recipes at home? Flavors of San Juan teaches you how to make either tapas or Puerto Rican food in two-hour group classes that include a full meal and a recipe book that you can bring home. SanJuanfoodtours.com, advanced reservations required, $98 per person for a 2-hour group class

Although technically in the Atlantic Ocean instead of the Caribbean, the island chain of Turks & Caicos has the glorious, talcum-powder-soft sand beaches and turquoise skies that make the region famous. While luxury vacationers flock to Providenciales and celebrities such as Bruce Willis, Christie Brinkley, and Keith Richards have homes on Parrot Cay, Grand Turk has become the country's main cruising center, with a large terminal and new shops.

Secret: If you love stamps (or love someone who does), make a stop at the Philatelic Bureau, located on Church Folly street. The island is known for its colorful and unusual issues, which are prized by collectors.

An Inside Passage cruise appears on many bucket lists, and no wonder. The state's scenery, particularly its magnificent glacier- and wildlife-viewing opportunities, are unparalleled. Surrounded by mountains and the sea, Juneau, the state's capital, is accessible only by water or air. Nature is all around you: Look for bears fishing in the streams near Mendenhall Glacier, and eagles nesting on the slopes of Mount Roberts.

Secret: Once you get out of downtown, cruise ship crowds disappear, or at least it feels that way; Alaska's vastness has a way of making people seem insignificant. With hiking trails and a stone labyrinth garden, the Shrine of St. Therese, on a peninsula about a 20-minute drive from Juneau (take a taxi), is a reflective place to commune with nature. Visitors often spot seals, whales, and otters nearby.

The Bay Islands, which lie about an hour north of the Honduras mainland, have become a major attraction for cruise ships, which come for the area's colorful fish and clear, warm waters. Roatan has become the center of commercial development for the islands, and you'll find countless opportunities for snorkeling, diving, and interacting with marine life such as grouper, moray eels, turtles, and rays.

Secret: Give your tastebuds a charge with a jam and jelly tasting at Marble Hill Farms on the East End of the island. Sample flavors include hibiscus jelly, mutton pepper jelly (made with chili cabro, this one has quite a kick) and island plum jelly made from fruit grown on the property. You'll need to take a taxi to get to The Farm; once you're there, have spiny lobster for lunch at their restaurant, the Crow's Nest.

Eleuthera, one of the Out Islands is the other Bahamas port that made the top ten. Here, you can swim and sunbathe at private beaches and resorts without safety concerns (the U.S. State Department does warn about the possibility of muggings and other crime occurring on New Providence Island, where Nassau is located).

Secret: Located on the island of Eleuthera, the private beach resort owned by Princess gives you a glimpse of how laid back life on the Out Islands can be. Most people spend their time on Princess Cays either on the beach or in the water (head to the sand early to corner a lounge chair and bring your snorkel gear to get up close and personal with the colorful corals, fish, and sponges that blanket the ocean floor). If you want to do some exploring, there's a small local cemetery that contains the graves of some of the island's early 1900's residents. The cemetery is walking distance from the beach—just make sure you wear bug spray and solid shoes for the mile-long trek.