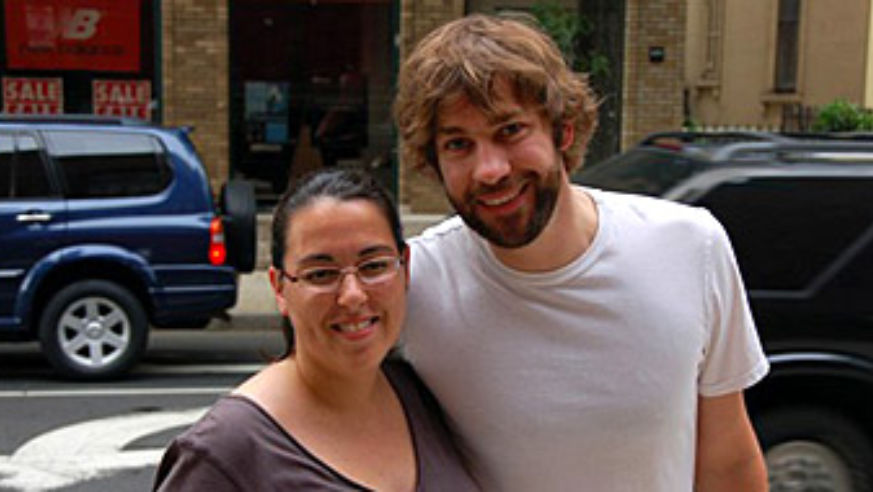 Courtesy Christine Bord
Christine Bord and actor John Krasinski (aka Jim Halpert on "The Office") in New Haven, Conn., on the set of an untitled Sam Mendes movie in June

Celebrity sightings often make for great gossip. Christine Bord takes it one step further as the editor of the blog, onlocationvacations.com, which highlights where movies or TV shows are currently filming.

Q: How do you get your tips?

A: I have a loyal fan base, and they contribute about a dozen tips a day. People will see posted permits that say the street will be closed for filming. Then they'll send me the street names and times. We don't usually get tips too far in advance, maybe a day or two. What's cool about my site is that draws attention to areas that wouldn't normally be seen as tourist destinations. For example, on Nov. 19, the new Rob Schneider movie, "Virgin on Bourbon Street", will be filming a street party scene on Monroe Street in Greektown, Detroit. "High School", starring Adrien Brody, began filming Nov. 10 in Howell, Mich. The primary filming location for the shoot will be Parker High School in Howell. And "Edge of Darkness", starring Mel Gibson, is filming in the Boston area through the end of the month. Recent locations for this movie have also included Rockport and Northampton, Mass.

Q: Where are some of the hottest TV shows shot?

A: In New York City, "Gossip Girl" has a huge following. Recent locations include the Greenwood Cemetery in Brooklyn and the Upper East Side around 5th Avenue and 79th Street. If people go to a set, they'll send me pictures, which I post. And "Ugly Betty" is big since it moved to New York this season. In Los Angeles, "Prison Break" and "Heroes" are very popular. Like New York, I usually don't get L.A. locations until a day or so before filming actually begins.

A: The main thing is to have patience. Sometimes they'll film for 12 or 15 hours in one location. Get tips from the production assistants hanging around the sets. They'll know who is around that day. If you are at a movie set, talk to a P.A. to get a good idea of what your chances are. To meet someone, ask a P.A. nicely and they'll help you out as much as you can. Wait and be polite. If you approach a celebrity, be polite and don't bum rush.

Q: What else does your blog cover?

A: My website also has road trip itineraries, like an Alfred Hitchcock tour through California. It's part of the celebrity obsession. I think we feel like we know those people. People want to go and stand where Tom Hanks stood to feel more connected to him. And now people are realizing they can be there while it's happening.