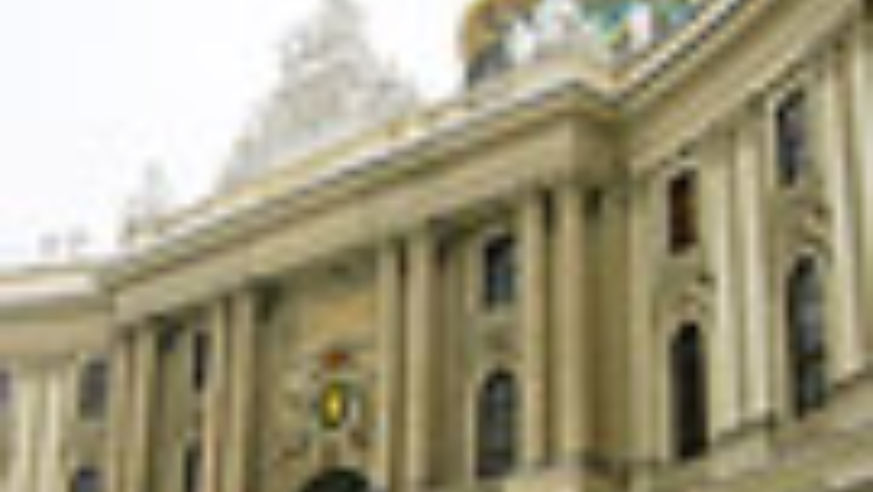 A flurry of concerts, exhibitions, and openings in honor of the composer's 250th birthday.

Wunderkind Wolfgang Amadeus Mozart's brief and tempestuous life has all the makings of a rock star biopic--a driven father who paraded him across Europe; an output of more than 600 pieces yielding spectacular successes and flops; a mischievous streak and bouts of profanity, drinking, illness, and poverty; and an untimely death shrouded in conspiracy theories.

Stifled by his native, provincial Salzburg, Mozart settled in Vienna for his final 10 years, getting married and composing many of his finest works. He died penniless at 35 while finishing his Requiem, and lies in an unmarked grave at the city's St. Marx Cemetery. Under appreciated by many of his Viennese contemporaries, Mozart gets his due with a yearlong birthday blowout in 2006.

Mozarthaus, the composer's home from 1784 to 1787, reopened with a permanent exhibition on his birthday, January 27, 2006. The first floor apartment recreates the family's private rooms while upper floors have a multimedia installation on The Magic Flute, an analysis of the Da Ponte trio--Così Fan Tutte, Don Giovanni, and Le Nozze di Figaro--and insights into Mozart's psyche and circle of friends and patrons.

"MOZART. The Enlightenment: An Experiment," on view at the Albertina, March 16 - September 20, is an eclectic show bent on depicting the Enlightenment's heady days and any parallels in the present. Its mishmash of 18th-century and contemporary works includes a giant installation by Klaus Pinter and rococo haute couture.

Vienna's grand Staatsoper (State Opera) is the city's leading venue for classical music and opera, on par with La Scala in Milan and the Met in New York City. Its Mozart-packed repertory covers Le Nozze di Figaro in April, a kid-friendly "kinderopera" Bastien und Bastienne, April through June, The Abduction from the Seraglio in May, and The Magic Flute and Idomeneo in June.

Vienna's Volksoper, second-fiddle to the Staatsoper, is staging The Magic Flute and the ballet Nicht nur Mozart, March - June, and La Clemenza di Tito, April - May. After a summer break, the season starts up again with Don Giovanni in September and Così Fan Tutte in December.

During its heyday, the Theater an der Wien premiered blockbuster operas such as Mozart's The Magic Flute and Beethoven's Fidelio. After years of showing musicals, the Theater has reopened as an opera venue just in time for a Mozart spree. April brings the OsterKlang Wien (Sound of Easter) showcasing Mozart's The Obligation of the First Commandment--composed when he was 11--and his final three symphonies. In May and June, the Vienna Festival puts on two of Mozart's most popular operas, The Magic Flute and Così Fan Tutte, and there's a coproduction of Idomeneo with the Vienna State Opera through June. In July and August, the KlangBogen Festival features Don Giovanni and Die Flammen; American choreographer John Neumeier presents a dance piece inspired by Mozart's Requiem. The Theater concludes Mozart's birthday year with another go at his final three symphonies, performed by the Vienna Philharmonic in early December.

Home to the Vienna Philharmonic, the Musikverein concert hall has an extensive, ongoing lineup of concertos, violin sonatas, and symphonies. The high points are in May: a performance of his oratorio La Betulia Liberata; Cecilia Bartoli singing a program pairing Mozart with his supposed rival, Salieri; and Zubin Mehta conducting the Prague Symphony alongside Mahler's Fifth Symphony. On the day of Mozart's death, December 5, the Philharmonic plays his Mass in C Minor.

Mozart is the theme of this year's free Rathausplatz Music Film Festival, July 1 - September 3, held on the imposing City Hall's lawn. Ballets based on the composer's works, documentaries of his life, and screenings of international opera performances as well as the Oscar-winning film Amadeus are on deck.

American theater and opera director Peter Sellars (not to be confused with the late British comedian Peter Sellers!) is spearheading the New Crowned Hope festival, November 14 - December 11. Sellars has called on artists from the worlds of music, opera, visual arts, and film to reinterpret themes from three masterpieces Mozart composed in his final year: The Magic Flute, La Clemenza di Tito, and Requiem.

For more goings-on in Vienna and Salzburg, visit mozart2006.net.