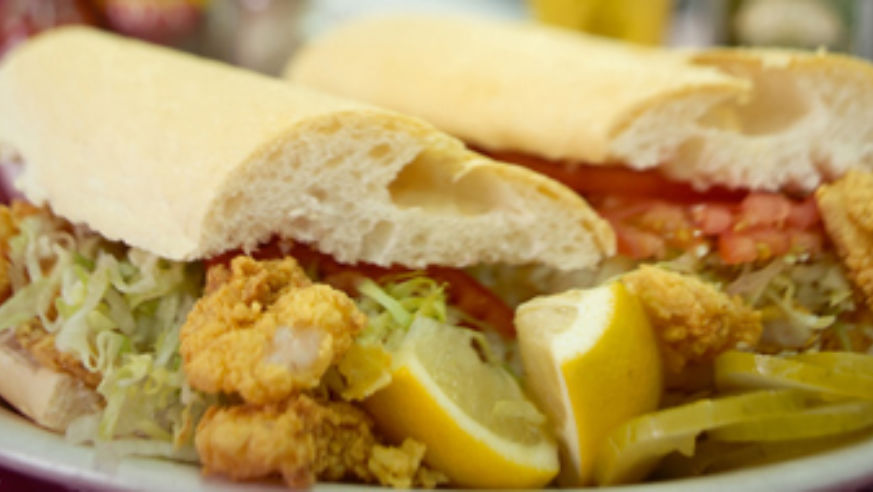 In some parts of Louisiana, oysters have become as rare as white truffles, as the oil spill in the Gulf of Mexico has led to the closure of more than a third of federal fishing waters. That's sad news because oysters are a star ingredient in New Orleans' famous sandwich, the po'boy. Sure, you can order a po'boy with roast beef instead of a mollusk. But a sub made of crusty bread, mayo, tomatoes, and lettuce just isn't the same without a fried oyster—or three. So, we checked in with some of the city's most popular restaurants, to find out the status of seafood po'boys.

The good news is that seafood at any commercial establishment is still safe to eat, thanks to a small army of government inspectors.

But restaurants are starting to remove oysters from their menus. The Parkway Bakery and Tavern, open since 1911, now serves all flavors of po'boys, except one: Owner Jay Nix took oysters off the sandwich board in May. He'll only return them "when things come back to normal."

Prices for oysters are spiking, too—up 30 percent since the spill. And some dining spots are passing along the higher cost to consumers. At Johnny's Po'Boys, prices have gone up 50 cents to $1. For example, an oyster po'boy is now $12.

Other restaurants are absorbing the financial pain. Consider Drago's Seafood Restaurant, which sold 3 million charbroiled oysters last year. Owner Tommy Cvitanovich says he would take the briny mollusk off the menu before he would increase the price. Other renowned restaurants, such as Commander's Palace, are also keeping prices in check.

The long-term damage to oyster beds is unclear. In the meantime, if the image of an oyster basted in crude oil curbs the appetite, consider opting for shrimp instead.

Shrimp prices have stayed about the same as many chefs order alternative shipments from Texas and China. That's a controversial move among local chefs, many of whom have a U.S.A.-first attitude. The local industry has really struggled to fight off cheap imports for years. Some restaurants refuse to buy foreign shrimp, claiming they're inferior in quality.

Tory McPhail, executive chef at Commander's Palace, takes a feast, not famine approach. After buying 400 pounds of American shrimp straight from the dock, he organized a peeling party, then used the crustaceans to create a $32 shrimp and pasta entree featuring Creole tomatoes, pea shoots, basil and roasted shrimp heads pureed into a stock. Sounds delish!