The Food Network opened a new restaurant this month, but you won't find it in some hip area in New York or Los Angeles or Chicago. Instead, you'll have to book a flight on JetBlue and head to their terminal in South Florida's Fort Lauderdale-Hollywood International Airport to find the Food Network Kitchen. The popular cooking channel added this airport location to its roster of ballpark concession stands on November 8 and has reportedly served about 1,500 customers a day since opening.

The fast-casual dining spot is the exact opposite of the much-maligned Guy's American Kitchen & Bar in Times Square (read the now infamous New York Times review here), which is owned by Food Network personality Guy Fieri. You won't find dishes named for celebrity chefs—no Paula Deen's hush puppies or Bobby Flay fajitas—or outsize branding here, save for a few televisions showing Food Network series and the famous logo on packaging materials. Instead, the restaurant is meant to evoke the network's test kitchens, with counters made of butcher block, white-tile walls, and hanging rows of pots and pans.

Dishes incorporate organic and sustainable ingredients, with an eye toward local flavors. Key limes, for example, show up in the tartar sauce, the Caesar dressing, and the mayo, while Florida shrimp is the star of the restaurant's po'boy. And South Florida's Latin heritage is front and center in entrees like the Cuban breakfast burrito and the black beans and rice burger.

Another Food Network Kitchen is expected to open at Hartsfield-Jackson Atlanta International Airport within the next year.

If you're traveling through Fort Lauderdale, will you stop in for a pre-flight meal? 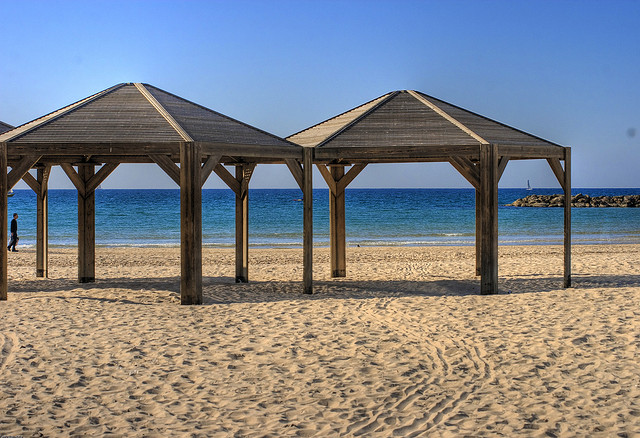 Conflict in Gaza Does Not Stop Tourism in Israel

Although we may joke about scenery that's "to die for," and routinely throw around terms like "bucket list" to the point where we forgot what that rhetorical "bucket" actually represents, there are, of course, popular travel destinations where real dangers lurk—or fall from the sky. In light of the recent clash in Gaza—which at press time had reached a negotiated ceasefire—the Israeli Ministry of Tourism sought to provide a reality check for potential visitors. Travel Agent Central reports that, according to the ministry, the majority of rockets fired from Gaza into southern Israel, including the capital city of Tel Aviv, had been intercepted by Israel's anti-missile system (known as Iron Dome), and those rockets that had landed had not been in typically tourist-frequented areas. It reports that there are at present more than 100,000 tourists in the country and no tourist had been involved in any rocket-related incident. Tel Aviv is the major city in southern Israel and the country's center of contemporary art and culture, in contrast to its cousin up the road, Jerusalem, which tends to draw history- and faith-inspired travelers. Tel Aviv is renowned for its teeming nightlife, including a vibrant club scene, museums such as the Tel Aviv Museum of Art and the Diaspora Museum, warm Mediterranean beaches, and the ancient Arab port of Jaffa. Tour operators to the area, such as Isramworld, are prepared to adjust itineraries if necessary, and people traveling independently are urged to stay in touch with their hotel staff and tour guides for news and advice on keeping safe. Flights into Israel continued on their normal schedules throughout the conflict, with more than 80 airlines flying in and out each day. To research the situation yourself, visit the websites of Israel's Ministry of Tourism (goisrael.com), the U.S. State Department site (state.gov), and the U.S. embassy in Tel Aviv (israel.usembassy.gov). Talk to us! Will the recent conflict in Gaza affect your travel plans? 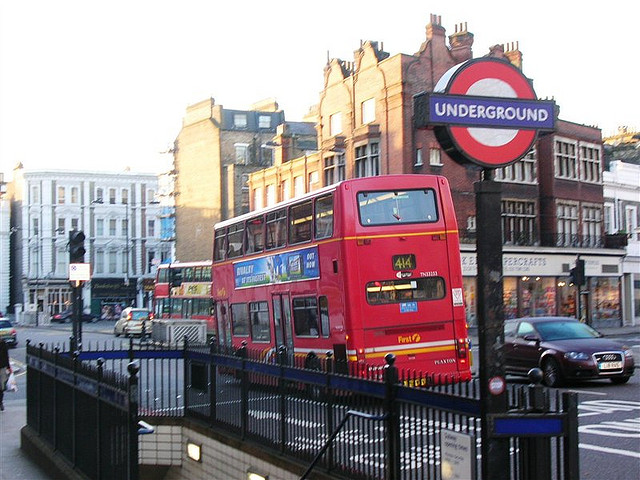 Airbnb Wants to Show You Around the World’s Top Cities

One of my favorite things to do when visiting a city is exploring its different neighborhoods—it's fascinating that you can feel worlds away in a matter of a few short blocks. Venturing out can be tough, however, when you have limited time but varied interests, and when you're unfamiliar with the layout of a city. Many travelers use guidebooks; some rely on recommendations. Personally, if I'm comfortable enough with the transportation system in question, I like to see where a few random left or right turns will take me. Popular vacation rental website Airbnb has combined all three methods with their new "Neighborhoods" feature, which launched this week. With Neighborhoods, you can narrow down your search by clicking on your interests—for example, you might be looking for a spot known for its shopping, its "great transit," or its reputation for being beloved by locals. The site will cross-reference your criteria to lead you to your ideal neighborhood, then connect you with Airbnb listings and hosts in that part of town. A search for a museum-rich London neighborhood loved by locals and also offering great dining and transit led me to posh Kensington. From the landing page, I found a well-reviewed, centrally-located airy studio apartment which sleeps up to four travelers for $146 per night. Not too shabby. Presumably, the Neighborhoods feature will be used by those looking for a place to stay, but with convenient transit guides, appealing photography, and a user-friendly interface, it can also be a helpful tool for the neighborhood exploration that makes a trip that much more memorable. Neighborhoods currently covers Rio de Janeiro, New York, San Francisco, Berlin, Paris, and Washington, D.C. in addition to London. Is neighborhood a factor in deciding where you'll stay when traveling? Virginia Is for Lincoln Lovers

From Vertigo tours of San Francisco to Sex and the City romps through New York, a successful film or television series can be the gift that keeps on giving to local economies. And fans often get to soak up some spectacular scenery, architecture, food, and maybe even some history lessons along the way. The new film Lincoln, directed by Steven Spielberg and starring Daniel Day-Lewis as the 16th president, was filmed entirely in Virginia (mostly in Richmond and Petersburg) and the state's tourism office has rolled out the Lincoln Movie Trail, with a companion website and self-guided tours of locations from the film. On the trail, visitors can see Richmond's Confederate White House, home to Jefferson Davis during the Civil War, and walk the streets that Lincoln and his son Robert visited shortly before Lincoln's assassination in April 1865, as the Union army took over the city and emancipated Americans greeted the president. In the film, the Victorian-era Maymont estate, overlooking the James River, served as a stand-in for Appomatox, where Robert E. Lee officially surrendered to Ulyssess S. Grant. In Petersburg, site of the longest siege of the war, tourists can still see war damage such as cannonballs in brick walls. Petersburg is also home to the Dixie Restaurant, which added a new item to its menu while the film was being shot: the "Spielburger," a beef burger piled high with chili, cheese, onions, and pickles. Film crew members reported that the director brought one of the burgers on set and gave it a thumbs-up (Dixie Restaurant, 250 N. Sycamore St., Petersburg, Va., 804/732-7425, Spieilburger $5.75). The Lincoln Movie Trail will sport posters declaring "Lincoln Was Here," and some locations will give discounts if visitors present movie-ticket stubs. Stops on the trail include actual historical locations and battlefields but also film locations and restaurants frequented by the cast. (Visit virginia.org/lincoln for details, including additional tour packages and deals, plus info about local restaurants serving their own Lincoln-inspired dishes and libations.) Talk to us! Have you done any "Civil War travel" recently? With the 150th anniversary of the war's turning point, the battle of Gettysburg, approaching in July 2013, we'd love to hear about your own history-inspired trips! 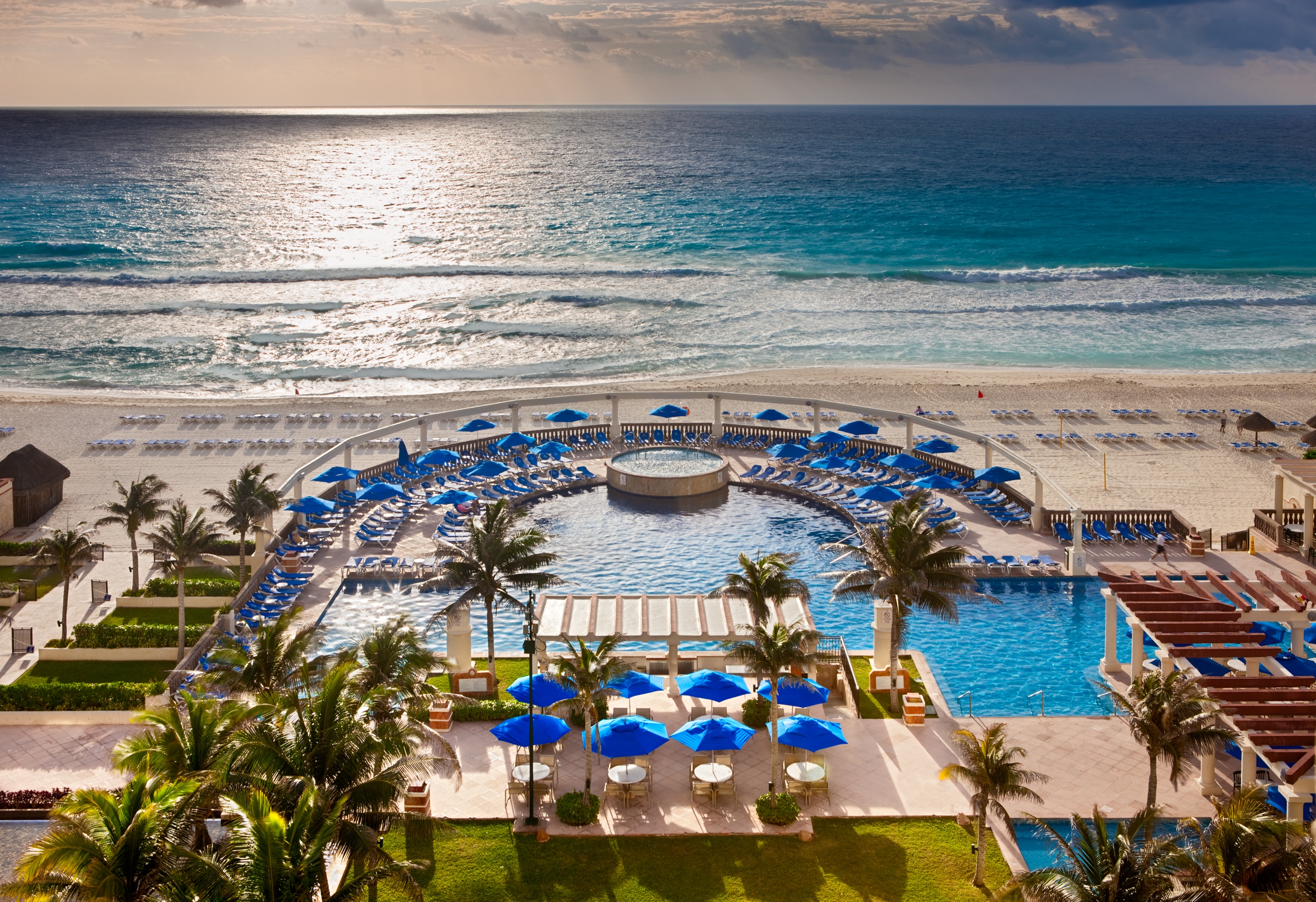 Relaxing on vacation just got a little easier. Tech-free zones are being introduced at Marriott and Renaissance resorts in the Caribbean and Mexico next month. Yes, there will still be wifi available if you just can't disconnect. But there will also be sections of the resorts free of loud cell conversations and phones buzzing with email alerts. The move comes after the hotel chain did a survey of guests and found that 85 percent of vacationers have been annoyed by someone talking loudly on their phone, and 31 percent admitted they have been tempted to throw their mobile device in the ocean. That seems extreme, so instead the resorts are banning technology in certain areas (starting in December and running through the prime winter months) to give you a break. Participating hotels are part of the Paradise by Marriott brand that includes nine resorts in beach destinations like Puerto Vallarta, Cancun, St. Kitts, and Aruba. Rates for a double room at the St. Kitts Marriott Resort start at $189 in mid-January, while double rooms start at $159 at the CasaMagna Marriott Cancun Resort.