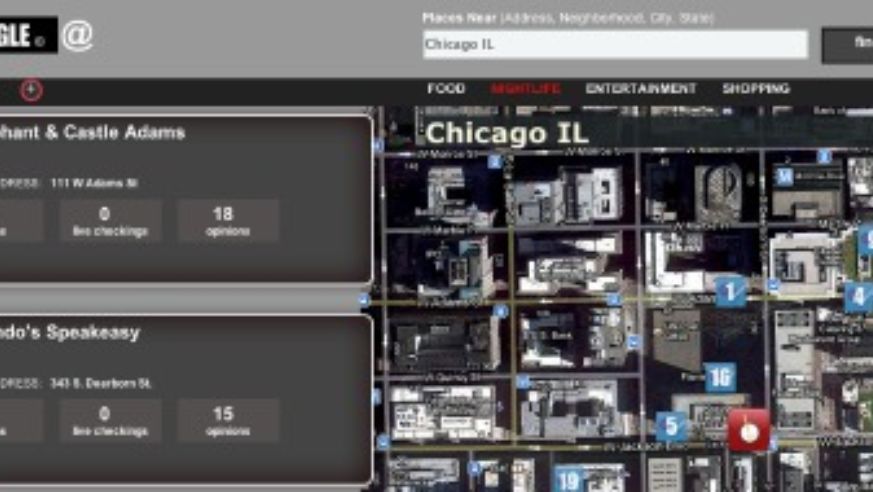 Anyone wanting to get a better idea of the changes taking place in how people decide where to eat, shop, and play should take a look at two new (weirdly named) websites, 4SQoogle and Voulez-vous Check-in Avec Moi. These sites make it easy to stalk the restaurants, shops, and night spots in major cities that are being buzzed about online right now.

The concept is simple: The sites map the online "check-ins" recently posted by users of Foursquare, the most widely used geosocial service, which lets users check in at various locations.

In other words, these sites give travelers a quick gauge of which venues smart phones users like a lot. Happily, the sites pull off this trick without revealing the names of individuals who check in, protecting their privacy.

Here's the lowdown on these free new tools, which cover major cities and which can be used even if you don't belong to Foursquare or own a smart phone.

4SQoogle reveals the most popular spots in near real-time at any location that Foursquare users check in to frequently. Type a destination name in the search box to see little squares bouncing on a Google Maps mash-up. Click on any one square on the map to learn more details about the venue, and how popular it is. Or simply look at the "leaderboard," a list of the venues that have had the most check-ins recently. Find the most relevant results by clicking on whichever one of four categories of venue type you're the most interested in: food, nightlife, entertainment, and shopping.

For example, by searching on "Chicago" and clicking on "Food," you would see that, recently, Chicago's most popular food spot among Foursquare users was the branch of Intelligentsia Coffee & Tea at 53 West Jackson Boulevard.

In my tests, my test check-in appeared on 4SQoogle's map within about two minutes' time delay, so the results are close to real-time. (In case you were wondering, 4SQoogle's goofy name derived from Foursquare's abbreviation 4sq and Google, though the company isn't related to Google.)

Limited to a few cities—namely, New York, Paris, and San Francisco—rival site Voulez-vous Check-in Avec Moi (checkinavecmoi.com) sounds like it must be French. But it is actually written in English. Like its competitor, it reveals where people are most frequently checking in via Foursquare, helping you decide what spots are hot. What makes it different from 4SQoogle is that, for each location, it tells you the ratio of guys to girls—at least among the Foursquare members who have checked in. That's intriguing, because there are no statistically significant differences by gender or education level among the users of sites like Foursquare, according to research conducted by Pew and announced in September.

Hotspot-mapping sites are an unstoppable phenomenon and they will raise people's expectations hugely when it comes to trip planning. It used to be that information from a guidebook published months ago—or listings published in a newspaper within the past week—would suffice in helping people know how to plan a night in a city. But now that technology is being democratized, travelers may get used to possessing real-time information. For restaurants, stores, and nightclubs, this will create opportunities and hassles.

TripTrace Wants to Be Your Travel Muse