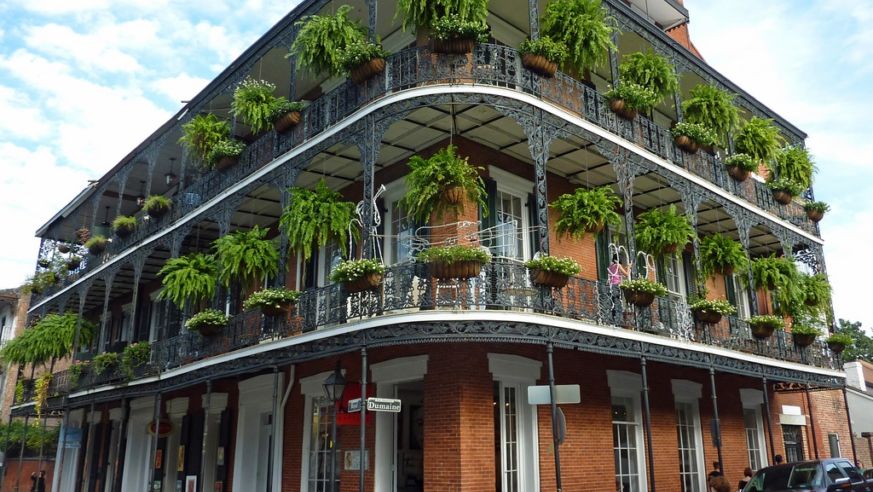 Long before anyone knew that the contending NFL teams in Super Bowl XLVII would be the Baltimore Ravens and the San Francisco 49ers, this year's host city, New Orleans, was preparing for the crowds expected to pack the city next weekend. As with last year's Super Bowl, which was hosted by another mid-size city, Indianapolis, this year's promises a weekend where visitors can rub elbows with enthusiastic locals, with the party atmosphere traveling easily from the Mercedes Benz Super Dome (the site of the actual game) to the French Quarter and beyond. The location and time of year also mean that this year's Super Bowl festivities will overlap with those of Mardi Gras season, creating perhaps a "perfect storm" of hospitality and high spirits.

If you're going to be in New Orleans this weekend for the game, the Mardi Gras, or just by coincidence, here are a few things you should know to guarantee that the party of the year goes your way:

Have a custom-made libation. In honor of the big game, some local watering holes are rolling out original drinks. Café Adelaide (cafeadelaide.com), for instance, is serving The Raven (made with rum, ginger syrup, orange juice) and The California Gold Rush (made with organic vodka, mint, seltzer, and golden bitters).

Enjoy a Mardi Gras parade. Sure, the real Fat Tuesday isn't until February 12, but in order to accommodate the plethora of krewes, parades began in mid-January and are happening now. While all the parades offer colorful floats, costumes, and interactions with the crowd, for something different, try the Krewe de Paws Canine Carnival Club parade, Saturday February 2 at 10 a.m. in nearby St. Tammany Parish. To check out other parade schedules and routes, visit nola.com/mardigras.

If you get a restaurant reservation, keep it! At this point, with just a few days remaining before game day, most of New Orleans's high-end dining spots are booked. But if you do land a reservation at a sought-after restaurant such as The Grill Room at the Windsor Court Hotel (windsorcourthotel.com), be sure to show up on time. If you cancel a reservation without prior notice, the restaurant will charge a fee of $100 per guest.

But remember, New Orleans restaurants are used to crowds. Low-key restaurants like the breakfast and lunch café Stanley (stanleyrestaurant.com) expect to see up to 3,000 guests per day this time of year, so the Super Bowl crowds won't necessarily cause as much of a scene as you might fear. (In fact, wait staff at Stanley have been outfitted this year with iPads so that tranmitting diners' orders to the kitchen is snappier than ever.) One caveat, though, is that some joints (both posh and pedestrian) near the Superdome may be shut down the weekend of the game. Chef John Besh, for example, is closing his La Provence restaurant through February and using it instead as a prep kitchen for game-related parties and events that are booked at his downtown restaurants.

TALK TO US! Are you visiting New Orleans for the Super Bowl or Mardi Gras? We'd love to hear what you have planned!