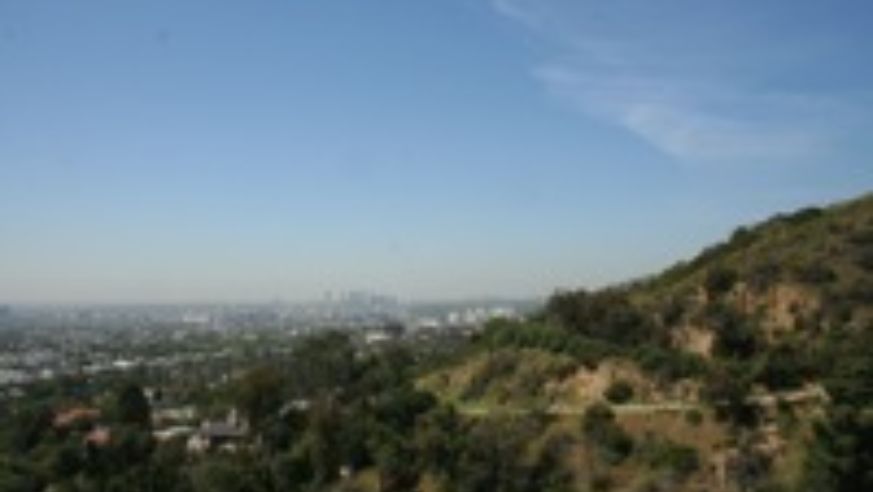 When people think of visiting Los Angeles or New York, cycling down the Hollywood Hills or riding through Chelsea aren't usually the first images that come to mind (exploring Venice and Santa Monica in a rental, or hailing a cab for some Soho shopping might be more like it).

But urban sightseeing by bike, long popular in cycle-friendly cities in Europe, is starting to gain traction stateside with a new bike tour company in Los Angeles. and a complete overhaul of New York's bike lane network (thank you, Bloomberg).

Bikes and Hikes LA is a new eco-friendly bike and hike sightseeing company, founded last September, that offers tourists and Angelinos the chance to get out of their cars and that notorious Los Angeles traffic, and see the city's great outdoors while getting a good workout.

Founder and Owner Danny Roman said he was tired of hearing visitors complain about the traffic or the inability to be outdoors. So, after exploring the city's potential cycling and trekking trails, Roman developed seven different itineraries to show people L.A.'s other, lesser-know side, a network of bikeable and hikeable urban and nature tours, guided either by himself or one of several tour leaders.

The tours include a Beverly Hills celebrity home tour, a Hollywood Hills hike at sundown, a Mulholland Drive hike and bike tour and full day tour from the city to the beaches.

Roman doesn't mess around either, encouraging hikers and bikers to push themselves on uphill stretches, all the while pointing out landmarks and dropping local trivia like "this is where Marilyn Monroe lost her virginity" (hint: it took place somewhere along the Mullholand Drive hike and bike tour).

Roman is hoping to expand Bikes and Hikes to several other cities in the coming months, including to New York and San Francisco.

In the meantime, New York is also rebranding itself as a more bike-friendly metropolis with the city working towards an ambitious goal of having 1,800 miles of bikes lanes by the year 2030, installing 50 miles of bike lanes each year.

Love the plan or hate it (perhaps surprisingly, it has come under attack by opponents crying that the bikes lanes are having an adverse effect on traffic, among other things), it is getting easier to get around the city by bike, and consequently the Soho Grand hotel in New York is partnering with Bowery Lane Bicycles this summer to offer guests cruisers to explore the city on.

What about you? Would you bike around Los Angeles, New York or other U.S. cities? Let us know by voting in our poll or commenting below.

Get Off The Stationary Bike And Actually Go Somewhere!

A Fresh Take on Los Angeles