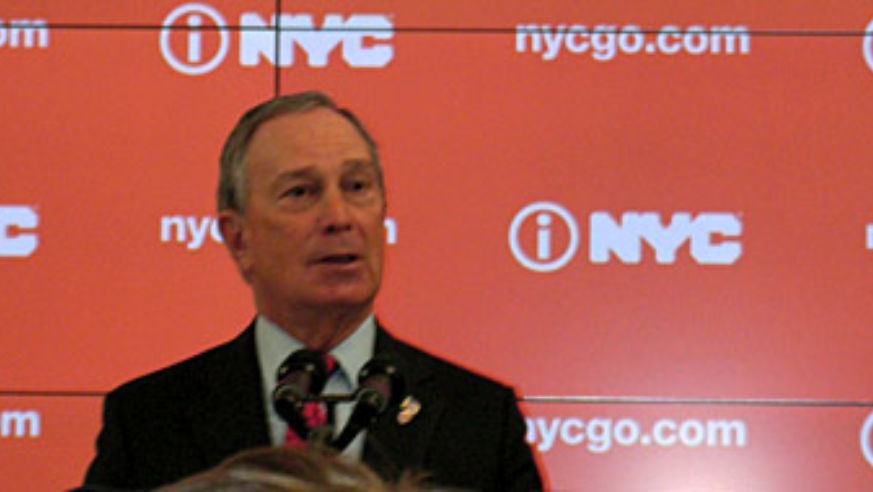 This morning Mayor Michael Bloomberg debuted two new initiatives to help tourists plan their visits to New York City. A new website, nycgo.com, will make it easier to plan a trip to the city—and a new tourism information center will use high-tech touch screen maps to let tourists print out personalized trip plans.

Nycgo.com replaces nycvisit.com as the best place for consumers to use. Travelocity will offer a select number of vacation packages for booking exclusively on nycgo.com. You'll also be able to read restaurant reviews by Time Out New York and the New York Observer and then, if you find a restaurant you like, click through to see if tables are available at the time of your choosing via OpenTable. The website also has a calendar of New York City’s cultural events. Not ready to book now? Then create a profile for yourself and save your favorite bits of info.

The biggest news is that within the next few months, Google will unveil a "send map to phone" feature. Find a neighborhood map you like at nycgo.com and you can have it zapped to your mobile phone. The itinerary highlights on the map, such as the location of key museums and restaurants, will be intact on your phone's version of the map. If successful, this tool will likely be adopted by many other websites.

New York City's main tourism information center—a few blocks off Times Square at 810 Seventh Avenue by 52nd Street—has been completely redone, too. Gone are the walls of racks with paper brochures. Now the room is full of touchscreen monitors on which you can find suggested tourist attractions overlaid on Google city maps. Create a personalized trip itinerary, which can be either printed out for you or sent electronically to your cell phone or PDA. In a nice move, the screens are wheelchair accessible and can be used in nine languages. (Bloomberg repeated his announcement about the tourism initiatives in Spanish, too, as another effort at outreach.)

The two initiatives were funded by private companies. For example, the billboard operator at JFK airport will give the city's tourism office $9 million worth of free advertising on its airport billboards for the new website, nycgo.com.