New York City: A revered concert hall is showing off its modern makeover

Alice Tully Hall, a famous venue for performances by orchestras and dance troupes, re-opened in recent weeks with a striking new look. Gone is the 1950s alienating facade with glittery accents. Now the interior has been opened up to outsiders: the three-story grand foyer seems to jut out into Broadway—and giant windows enable pedestrians to watch ballet classes in action. More boldly, the walls of the 1,100-seat auditorium have been outfitted with backlights to glow and even shift in color. In other words, the refurbished auditorium can "blush" to match the mood of performances of works by The Chamber Music Society and other arts organizations.

Alice Tully Hall is part of Lincoln Center, a 16-acre collection of New York City arts institutions on the city's Upper West Side (near Columbus Circle), which is undergoing a $1 billion renovation. Other venues at Lincoln Center, such as the David K. Hoch Theater (formerly the New York State Theater) and the Harmony Atrium across the street are set to be refurbished by the end of next year. In the meantime, performances will continue for the New York City Ballet and the New York Philharmonic.

Festivities celebrating the opening end this weekend. But until March 21, you may book a 20-minute afternoon tour of the hall for $5. As a bonus, if you book the tour, you can get $5 off the regular Lincoln Center Guided Tour, which explores several buildings on the center's campus. These complete tours cost $10 with the discount.

Want to see a show at Alice Tully Hall or any of the other venues at Lincoln Center? Cheap seats in advance are usually around $35. There are extensive discounts for students. For more info on tickets and upcoming performances, check out lincolncenter.org.

NYC: A gem of a hotel

Paris: Take a chance on a chanson performance

You don't have to be fluent in French to appreciate a performance of chanson, a catch-all term for lyric-driven songs. Even if you don't know all the words to these ballads, you'll get caught up in the cabaret-style performances of the catchy pop melodies. (For a sample, listen to this "chanson radio" stream at Last.fm.) Interest in French chanson was boosted in 2007 when the popular indie-band Beirut released a whole album inspired by the genre. Chanson's heyday was in the 1950s and was famously performed by George Brassens, Jacques Brel, and &Eacute;dith Piaf. But chanson is alive and still being played in Paris. Modern chanson is extremely literate and witty, and its performers really know how to work a room. You won't find its singers mumbling face-down into the mic&mdash;today's chansonniers are engaging, endearing, and hilarious. The most vibrant center of Parisian chanson is Au Limonaire (18 Cit&eacute; Berg&egrave;re, 9th arrondissement). On a small street tucked behind the buzzing Grands Boulevards, the spot offers nightly shows with two or three different sets. It's usually standing-room only at this intimate club, unless you reserve a table for dinner before the show (011-33/1-45-23-33-33). The food is only passable, but the wine is decent and affordable&mdash;like a very drinkable bottle from Roussillon for only &euro;15 ($19). Best of all, there's no cover charge for entry at Au Limonaire. A hat is passed at the end of the night for you to give something to the performers. Throw a ten-spot in and you've still enjoyed a very cheap and fun night out. My first experience at Au Limonaire made quite an impression. I arrived with friends to catch the last song in a set by the duo who would later become Arlt. That one song was so good that we returned to hear them again the next night&mdash;an affordable luxury when entry is free. Following Arlt. (yes, the band's name has a period at the end) has exposed me to other great music in the same genre. The Festival Minimum (March 5-7) brings together local folk, lo-fi and modern chansonniers every year in a concert series at la Maroquinerie. If you're not in town at that time, you can still listen to the bands on the festival website. For those who like the style but can't come close to understanding the lyrics, there's a young American who regularly performs her clever and comic songs in English. Playing her accordion and engaging her audience in the style of the great old chansonniers, Dana Boul&eacute; performs several times each month and usually for free. Check her website to find out about upcoming concerts and to hear recordings of some of her songs. Series: Affordable Paris 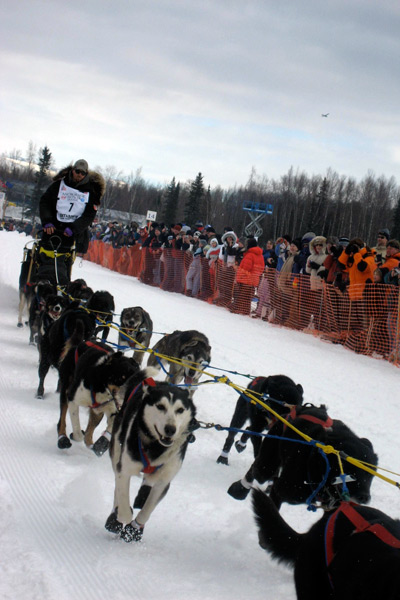 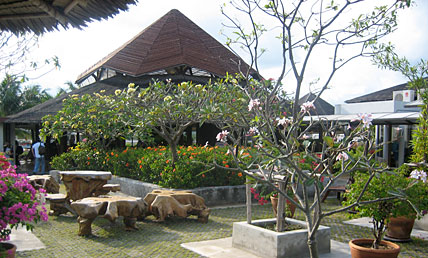