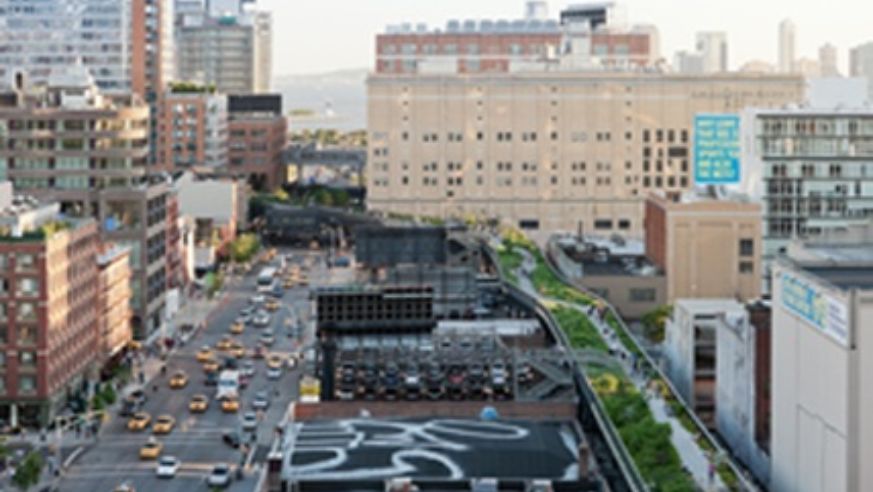 Since opening in 2009, the High Line Park has quickly become one of New York City's most popular sites.

It's a rare Manhattan gem: a tourist attraction that manages to be just as popular with locals as it is with tourists. The elevated walkway, built on a former rail line 30 feet off the ground, provides stunning views of the Hudson River and lower Manhattan skyline—for free—and the flowering gardens and big wooden benches offer up a quiet reprieve from the see-and-be-scene Meatpacking District, directly below.

Starting today, there will be even more High Line for everyone to love. The park will double in size to one full mile long with a new section, which runs between West 20th and West 30th Streets, midway between 10th and 11th Avenues.

Mayor Michael Bloomberg marked the occasion in a special ceremony yesterday. "The second half-mile adds different views and new features, making it distinct from the first section but no less remarkable," Bloomberg said.

Some of those new features include unique views of the Empire State Building, Chrysler Building, and the New Yorker Hotel.

You can access the new addition to the High Line at West 23rd Street, West 26th Street, West 28th Street, and West 30th Street, which are open during the public park's summer hours, from 7 a.m. to 11 p.m.

New York City: Why You Should Visit the High Line