You no longer need to own a fur coat and Rolex to join in with the Lincoln Center crowd. The famously highbrow home of a dozen cultural mainstays—including the Metropolitan Opera and the New York Philharmonic—is making some big changes as it celebrates its 50th anniversary in 2009-2010. Along with a billion-dollar renovation, Lincoln Center will debut a crowd-pleasing new addition: a same-day discount ticket booth.

On January 7, the Zucker Box Office opens with a special promotion of $20 tickets for 20 days. Since the full range of Lincoln Center productions participate in the program, you have a chance to get reduced-price seats to shows like Carmen at the Met; the New York City Ballet rendition of A Midsummer Night's Dream; and the Tony-winning South Pacific at the Vivian Beaumont Theater. After January 26, the booth will offer discounts of 25 to 50 percent off regular ticket prices.

The Zucker Box Office works similarly to the outdoor TKTS booths for inexpensive Broadway tickets. As with TKTS, tickets are based on daily show availability and can sell out quickly. (They go on sale at noon from Tuesday to Sunday; Monday's tickets are sold on Sundays.) But unlike TKTS, Lincoln Center's box office is inside the comfort of the newly opened David Rubenstein Atrium.

For the real bargain-seeker, the Atrium also offers free live music performances every Thursday at 8:30 p.m. Acts vary from jazz to classical to country to pop, so check here for the latest line-up.

Going to New York City? Just back from a trip? Our New York City page lets you post questions, recommendations, photos, and browse hotels and deals—and you might hear back directly from our editors.

Video: How to Get Broadway Tickets for Less 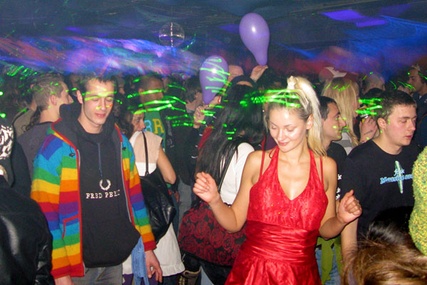 The British abandon their inhibitions on New Year's Eve and descend on the capital in huge numbers to party. They're joined by hundreds of thousands of tourists from the world over, who pack bars and pubs from after dark on the 31st until dawn. While many of the balls and club nights can cost over $100 just for entry, some of the most spectacular shows come without a price tag. Fireworks on the Thames London enters 2010 with the midnight chimes of Big Ben and a ten-minute cascade of fireworks that floods over the London Eye, bursts from boats on the Thames, and lights up the Houses of Parliament and Westminster Abbey. Some 750,000 thousand people gathered on the river banks and bridges to watch the show last year&mdash;which cost about $2.2 million&mdash;making it the biggest and most expensive New Year's firework display in the world. In the lead-up to the 2009 celebrations, there will be music from BBC Radio One's award-winning DJ Nihal. Gather on the bridges for the best views. And come early. Clubbing at Carnivale or the Big Chill Carnivale is a new club in Hoxton, London's most fashionable nightlife district. For the New Year it offers non-stop partying from midday on the 31st until daylight, with music ranging from vintage soul and rare groove to power ballads. If you fancy a New Year's party crawl, there are many other bustling bars and clubs nearby including the Big Chill Bar which is setting up a New Year's party shed, decorated with glittery balls, cheesy 1970s album covers and flashing laser light. Music is played by a string of nu-disco DJs, from 7 p.m.- 5 a.m., and admission is free. Parading on New Year's Day Britain's biggest annual procession unites more than 10,000 performers representing 20 countries parading together with traditional British marching bands and horse-drawn carriages and around 6,000 majorettes flown in from the States. The procession begins at noon on Piccadilly at the junction with Berkeley Street outside the Ritz Hotel and finishes around 3 p.m. at Parliament Street. It's free, and the best vantage point is Piccadilly or Whitehall. Transportation Ride for free from 11:45 p.m. on the 31st until 4:30 a.m. on the 1st on the Tube (subway), Docklands Light Railway, buses, and trams. For more on London, check out our new city page. RELATED World's Best New Year's Eve Parties 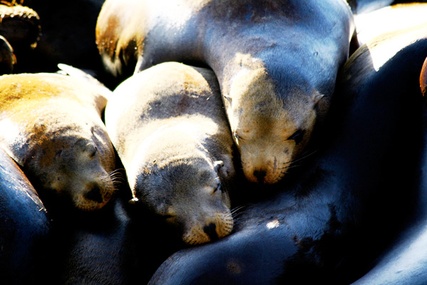 If you've been to San Francisco's popular Pier 39, along Fisherman's Wharf, in the past, you've probably stopped to gawk at the famous (and numerous) sea lions that congregate there. But as Wired magazine reports, the sea lions have vamoosed. The sea lions started hanging out on the pier in 1989, and as recently as this fall, there were about 1,700 of the creatures lounging around&mdash;a new high. But right after Thanksgiving, the sea lions began to leave, and as of this week, only four were counted by the Marine Mammal Center in Sausalito. The sea lions have always had an air of mystery. No one's exactly sure why they picked Pier 39 as their haunt 20 years ago, and no one's sure why they left (alternative food sourcing is one theory). Wired quotes the Marine Mammal Center's Shelbi Stoudt saying "there really isn't a reason to be looking for them," as the animals are migratory. Still, as this picture shows, Pier 39 looks a little eerie without them. For more on San Francisco, check out our new city page.

Starting January 7, The Museum of Modern Art is bringing back its special late-evening events, when DJs play music in the atrium and films screen in the auditorium. The museum will stay open until 8:45 p.m. on the first Thursday of every month through June. That's much later than its typical 5:30 p.m. daily close. Admission isn't free. The standard $20 entry fee applies. If you'd rather not pay, you should come back on Friday nights between 4 to 8 p.m., when MoMA is free. MORE Budget Travel's New York City page 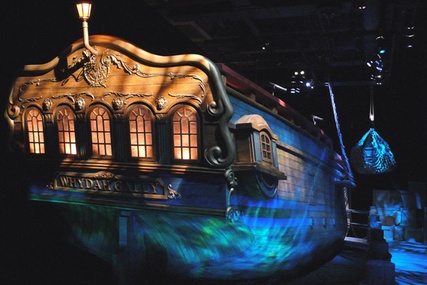 Pirates are, distressingly, much in the news these days, so it might be something of a relief to focus instead on treasures recovered from the wreck of a long-gone pirate ship. The Whydah, a three-masted galley ship capable of carrying 300 tons of cargo, was captured in February 1717 by Captain "Black Sam" Bellamy. The ship's hold was full of gold and goods traded in Jamaica for 312 captives sold into slavery (the ship was named for the port city Ouidah, in present-day Benin). But Bellamy didn't enjoy his spoils for long&mdash;he sailed the Whydah into a storm off Cape Cod in April 1717, and the ship sank. Underwater explorer Barry Clifford and his team discovered the site of the wreck in 1984 and spent two decades recovering objects from the ship. Now National Geographic and Arts and Exhibitions International, who also put together the exhibit "Tutankhamun and the Golden Age of the Pharaohs," have cooperated to produce "Real Pirates: The Untold Story of the Whydah from Slave Ship to Pirate Ship." The 16,000-square-foot exhibit, which opened at Norfolk's Nauticus on November 21 and runs until April 4, 2010, features more than 200 artifacts and a life-size replica of the ship that visitors can enter. We've written about Nauticus before, so suffice it to say that "Real Pirates" is just one more reason to visit this fun museum, where kids (and adults) can touch horseshoe crabs and everyone will enjoy learning about the history of our Navy. Do not miss the USS Wisconsin.