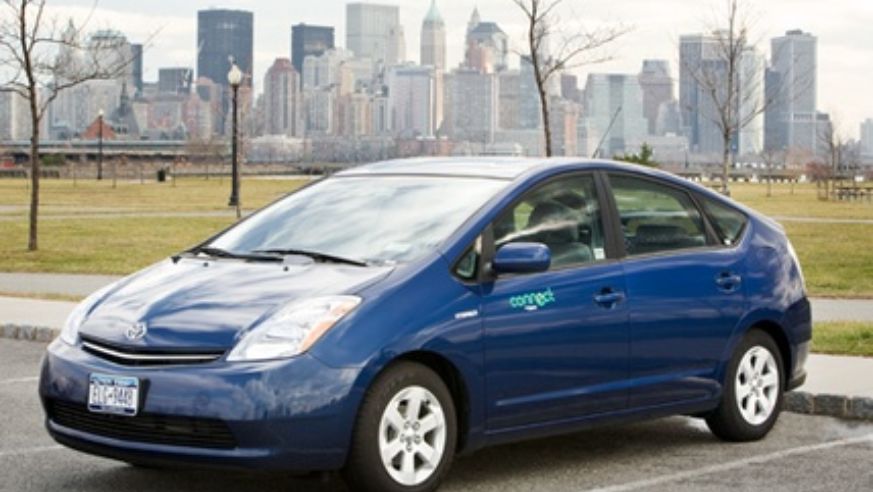 Here's how it works in N.Y.C.: A $50 annual membership fee enables you to rent cars by the hour or day. Rates start at $10 an hour and vary by type of vehicle.

Cars are parked in designated spots around town. Members reserve cars online, use a card to unlock the car, and find the keys inside. Gas and insurance are included.

Some cool perks: a GPS system, EZ pass for electronic payment of tolls (which are billed to your credit card automatically), and an iPod hookup that links to the car's stereo system. You can also connect wirelessly to Hertz's 24-hour Member Care Center if you need help. The first 180 miles are free, but then you'll be charged 45 cents a mile afterwards.

The new service is part of Hertz's green initiatives (which we've blogged about before). The cars in the fleet include the Toyota Prius and the BMW Mini Cooper.

Connect is strikingly similar to Zipcar. We'll see how things play out as Hertz adds 20 cities to its list in 2009.

A bug in Hertz's system?

Hertz guarantees a car in 10 minutes or less