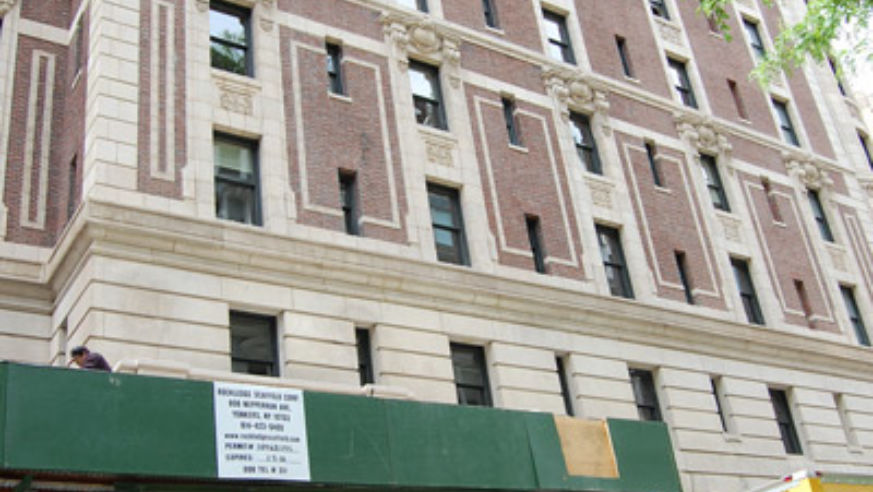 Naturally, when Budget Travel heard that a new hotel was opening up in a great location in the heart of midtown New York, we were curious about it. But as soon as we found out that it is offering hip rooms for as little as $99 a night (for a short-term promotional rate), we had to check it out in person.

Like three other Ace Hotels in Portland, Seattle, and Palm Springs, the Ace Hotel in Manhattan aims to embody the historical vibe of its building and neighborhood. The lobby shows off the original, key-pattern mosaic flooring of the restored 1904 building. Its east wall is covered in a collage of old stickers and graffiti tags from 90s street culture. A working photo booth sits directly under the collage, adjacent to the lounge, which has plaid colored chairs and cow-skin rugs. Overall, the lobby successfully blends punk music, local canvas and Japanese art, and a strange assortment of birds taxidermies.

Ace is offering twin-size Bunk Bed rooms, recommended for two, starting at a special introductory rate of $99 per person. These include private bathrooms and a black concert roadie case turned refrigerator. The price will eventually go up to $169.

For between $169 and $219, Standard and Cheap rooms offer queen or full-size beds. In these, you can play a custom Epiphone acoustic guitar or spin some vinyl records on a set of turntables. (Don't worry, you don't have to tote your own records around town. They provide some.)

There are 258* rooms styled in various ways by local and international artists. Rooms come with private bathrooms and generally feature views of the NoMad neighborhood or the Empire State Building. The rooms also are equipped with free wireless Internet and a Philips flat screen TV. You can also gain access to four computer lab rooms, one on about every other floor.

The hotel is home to Stumptown Coffee Roasters—the famous coffeeshop of Portland, Ore., which has chosen to open its first NYC branch on-site at the hotel. The hotel also houses the new Le Breslin restaurant. Finally, with the lobby bar serving the community from 5 p.m. to 2 a.m., Ace Hotel leaves you a feeling a bit more stylist than when you walked in. 20 W. 29th Street, New York, NY, 10001, 212/679-2222.

*Editor's note, May 22: We incorrectly reported the number of rooms the first time. There are 258 rooms at the Ace Hotel in New York City, and 58 different styles of decoration. We regret the error.