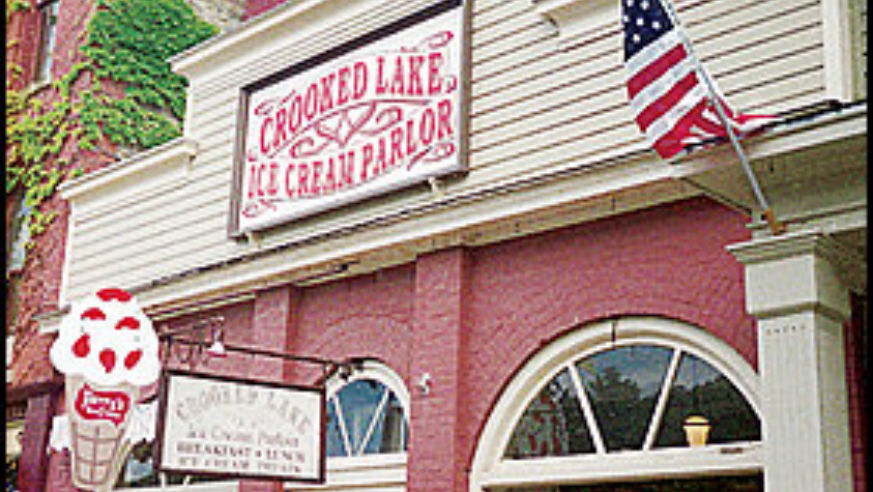 Unpretentious and low-key, the Finger Lakes are the rare wine region that doesn't take itself too seriously. Which is why you should.

Fred Frank, a hulking man with hands the size of softball gloves, is delicately pouring me a glass of his dry Riesling. He's the third generation of winemaker to tend to this vineyard, Dr. Konstantin Frank Vinifera Wine Cellars, on the banks of wispy, wishbone-shaped Keuka Lake in Hammondsport, N.Y. (9749 Middle Rd., drfrankwines.com, tastings free). As I admire his spread—not to mention his wine—Frank tells me genuinely, "I feel blessed every time someone actually finds us here—we just had a dirt road running by until four years ago."

That may be true, but it's a little hard to believe, considering that New York's Finger Lakes region, 9,000 square miles of rolling hills in the state's panhandle, contains 117 wineries, a concentration second only to Napa Valley, Calif. But these days, while Napa is all high-gloss and limousines, the Finger Lakes have something rarer and, some would argue, more valuable: a community of unpretentious winemakers like Frank. Which might explain whyBudget Travelreaders picked it as the world's most beautiful wine region—beating out heavyweights like France's Loire Valley, Italy's Piedmont, and, yes, Napa.

Related: Check out our list of the Coolest Small Towns in America!

As a born-and-raised Californian, this choice came as a particular, almost troubling, surprise, and it begged a question: What had I been missing? From my home in New York City, the Finger Lakes are a straight five-hour shot northwest up I-80 and I-81 toward Ithaca, so on a midsummer afternoon, I set off to find out.

It's dark when I arrive at the 30-roomInn at Glenora Wine Cellarsin the small town of Dundee, and it rains all night (5435 Rte. 14, glenora.com, from $119). The next morning the skies have cleared, and when I walk out my front door, I'm immediately confronted with row after row of glistening, sun-speckled vines sloping toward Seneca Lake, one of 11 slender bodies of crisp blue water that give this region its name. Across the lake, I see more vineyards, a few cottages, and woods.

My first stop is at Frank's vineyard, agreed by most to be the first true home of Finger Lakes wine. Forty-eight years ago, Frank's grandfather, an Austrian immigrant named Konstantin, arrived in the region and began a minor revolution. Rather than toiling away with the area's Concord grape—good for jelly, but it smacks about as subtly as a sledgehammer when it's bottled and corked—as most vintners were doing, Konstantin grafted European vines onto the tough local root, bringing old-world refinement to New York.

Frank gives me the tour, and I buy a few bottles of his family's award-winning Riesling and then drop by Heron Hill Winery, not two minutes away (9301 County Rte. 76, heronhill.com, tastings from $2). The interior is done up like the inside of a wine barrel, and I grab a place at the bar to try the chardonnay. "Lots of people in this industry are real self-important," pourer Dan Jimmerson tells me, "but not up here."

Jimmerson's words echo throughout the weekend as I sample the laid-back beer and burgers at the Market Street Brewing Companyin Corning (63 W. Market St., 936-beer.com, burgers from $7) and see the occasional Amish buggy rattling down the road. On my last day, I meet a couple who relocated from Modesto, Calif., to start Red Tail Ridge Winery in Penn Yan (846 State Rte. 14, redtailridgewinery.com, tastings from $2). Vintners Nancy Irelan and Mike Schnelle looked all over until they found this land on the western shores of Seneca Lake, where they built their LEED-certified, geothermally regulated winery. "This place is still so young we can get in on the ground floor and be part of a great community," Irelan tells me over a glass of her pinot noir. What she's found is that the nature of this place is written in the land, like the grapes themselves. And by this measurement, the Finger Lakes are spectacular—perhaps, even, the most beautiful in the world.