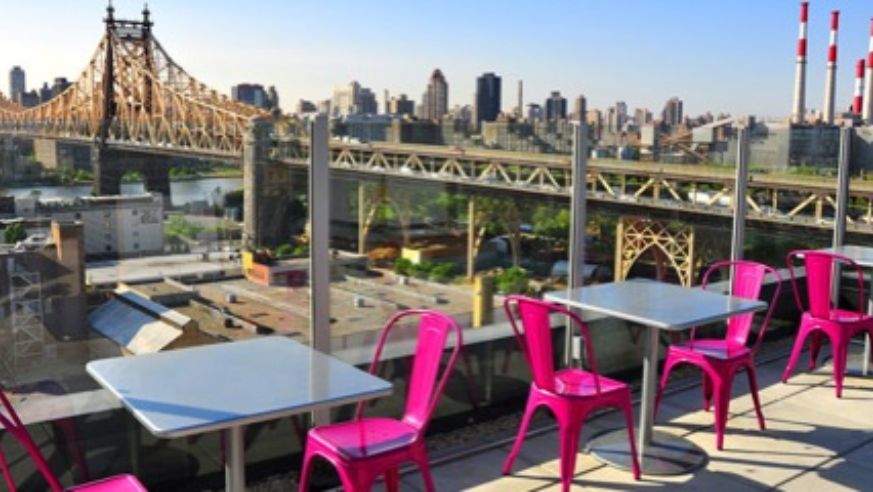 Long Island City, a waterfront neighborhood in Queens, is a "hot bed of hotel development," according to New York City officials.

There are currently 17 hotels in Long Island City, with a total of 1,500 rooms, with five more properties (or an additional 650 rooms) already under construction. Long Island City is already home to a Four Points by Sheraton, a Fairfield Inn, a Country Inn & Suites, a Holiday Inn, and a Wyndham Garden, which is opening next month. Some of the area's independent properties include the recently opened Z NYC Hotel, Ravel, the Queensboro Hotel and the Verve Hotel.

The allure of Long Island City is undoubtedly its location right across the East River from Manhattan and convenient subway connections to the city. There is also a thriving arts scene there, including MoMA PS1, the Sculpture Center, the Noguchi Museum, and Fisher Landau Center for Art.

The development in Long Island City is indicative of the city's overall hotel building boom, with New York on pace to have 90,000 hotel rooms by the end of 2011, Mayor Michael Bloomberg recently announced.

Approximately 40 new hotel projects are scheduled to open in the next 30 months, with 13 properties (or 1,865 rooms) slated for boroughs other than Manhattan (five in Long Island City, three in Queens, one in the Bronx, one in Staten Island and three in Brooklyn).

But with more hotels coming online, it doesn't mean it's getting any cheaper to stay in New York. Room rates are steadily increasing, according to city officials. But that hasn't kept the tourists away.

A sneak peek of the 9/11 Memorial site