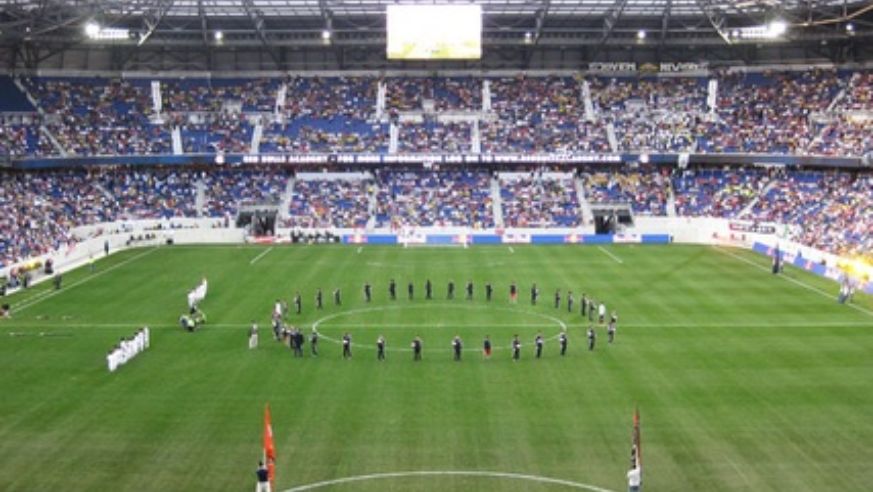 After 14 seasons relegated to playing on artificial turf at 82,000-seat Giants Stadium, the New York Red Bulls took to the grass at their impressive new home, Red Bull Arena, for an opening exhibition game last Saturday.

It was a gloriously sunny, 70-degree day and felt like an exhilarating new beginning: the team, which struggled last year, came away with a 3-1 win over Brazilian club team FC Santos, where the legendary Pelé once played.

I was among the sold-out crowd of 25,000, which included the kind of hardcore fans you'd expect at a foreign soccer match. The Red Bulls supporters chanted throughout, waving flags, banging instruments, and getting everyone stomping on the aluminum stands and doing the wave.

Built to be fan-friendly, the intimate arena puts spectators right near the players; the front row is only 21 feet from the sidelines, with a low dividing wall. It's also more accessible than Giants Stadium—just a few blocks from the Harrison, N.J., PATH station (the PATH train connects northern N.J. and Manhattan, $1.75 per ride).

The Red Bulls will take on Chicago Fire next in their first MLS season game this Saturday, tickets from $22.