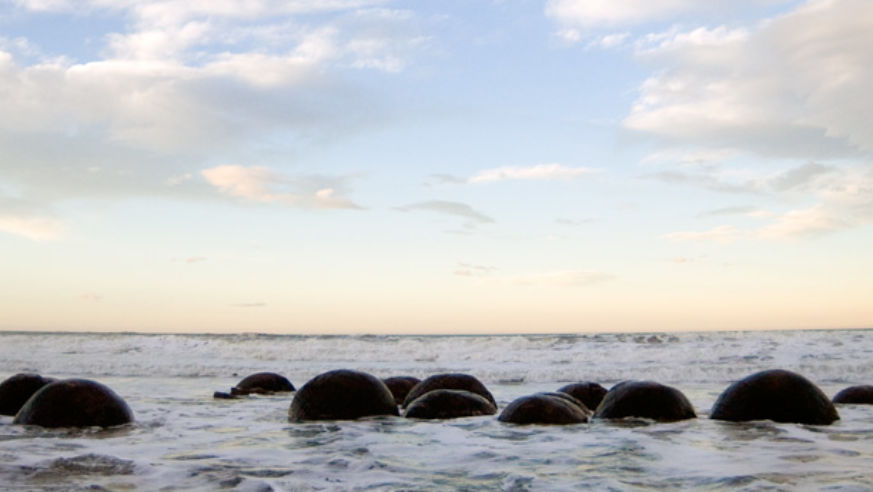 With 4,000-foot cliffs and landscapes straight out of the movies, New Zealand's South Island may just tempt you to stay for good.

For our honeymoon, my wife, Shannon, and I considered a two-week trip to Greece, but instead we decided to go really big and circle the globe. In 2004, we left our wedding reception wearing backpacks and took off on a yearlong around-the-world trip. We started in Australia in June—wintertime in the Southern Hemisphere—and were so struck by its beauty that we announced to our families, via our blog, that we had found the place where we wanted to live. Then we got to New Zealand's wild South Island, which blew Australia away. We hit the road in a camper van, a compact RV-type rig with a kitchen, a shower, and two beds. Starting from Christchurch, the main city, we looped around the Florida-size isle, passing through landscapes that included rain forests and snowy peaks. Roaming the countryside felt like driving in a gigantic national park—one with very few people and a ton of sheep.

Much of the Lord of the Rings trilogy was filmed on the South Island, and in real life, it looks just as otherworldly. By far the most stunning site was Milford Sound, a 12-mile-long fjord surrounded by rock faces that shoot up 4,000 feet. To see it best, you have to take a boat tour. Ours was accompanied by leaping dolphins, and when the captain pulled up close to the cliff walls, we got drenched by the mist of 1,000-foot-long cascades. Somehow my camera made it out intact.

Wherever we went, we took advantage of what the Kiwis call freedom camping—a policy that allows vagabonds like us to park for the night almost any place that doesn't have signs forbidding it. Remarkably little is off-limits: In our first days, we bedded down near giant gumball-shaped boulders in the fishing village of Moeraki, and close to Lake Tekapo, ringed by mountains. One night we camped near the Victorian hamlet of Oamaru, and I fried up three fillets of blue cod using my dad's mustard-and-breadcrumbs recipe. With one taste of home, we realized we couldn't stay on the other side of the world forever.

GETTING THEREAir New Zealand flies direct to Auckland from Los Angeles and San Francisco (airnewzealand.com, from about $1,000 round trip). During the summer months, December to February, temperatures hover in the 70s; winter travel has its rewards—skiing from June to August!—and most days are in the 40s or 50s.

GETTING AROUND For camper-van rentals, we recommend Auto Rentals Kiwi Travel, which has a fleet of vehicles for every budget (autorentals.co.nz, from $42 per day). Cruize Milford runs boat tours to Milford Sound year-round (cruizemilford.co.nz, adults from $39, kids 4 and older from $10.50).