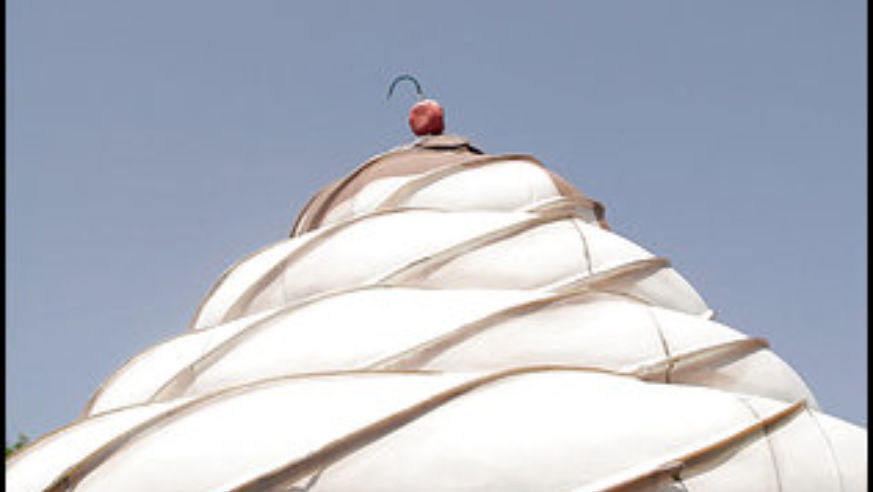 Sure, the falls are nice and all, but it's the kitsch that wins this local's heart

By the time I was growing up there in the '70s and '80s, Niagara Falls had ceased to be the honeymoon icon of yesteryear. The region was economically depressed and famously polluted. Forget the 1953 Marilyn Monroe movie Niagara; my experience was better captured in the 1982 made-for-TV movie Lois Gibbs and the Love Canal. The chemical dump, which the government declared a hazard in 1978, was right in my family's backyard.

Though I happily escaped from the city about a decade later, I return for visits all the time. During the '90s, while the rest of the country was booming, Niagara seemed to sink deeper into a slump. Factories closed, storefronts were boarded up, and unemployment soared. It's only been the past few years--after some much-needed cleanups--that things are begining to improve. Now when I go back, I find myself in the middle of big crowds of tourists, rediscovering what makes the place so great.

There are actually two towns named Niagara Falls: the one in New York, where I grew up, and the one across the river, in Ontario. The grass is greener on the U.S. side, thanks to a state park designed by Frederick Law Olmsted. I've always been amazed at how close you can get to the Falls. In several spots, the edge is just a few feet away, with a guardrail that's only waist-high. I remember being a teenager, gazing into the churning rapids while listening to the Cure on a Walkman, dreaming of a more exciting life--like the one on the other side of the border. Niagara Falls, Ontario, had all the action: year-round amusement parks, wax museums, neon lights. As I grew older, I amended that list to include better music, stronger beer, and a lower drinking age.

A couple months ago, I brought my boyfriend, Chad, along to visit my family. The big news on the U.S. side is the Seneca Niagara Casino, in what used to be the convention center. But we figured we'd get a better return on our money at Twist o' the Mist, an ice cream stand next to the Rainbow Bridge. It's only been around for 11 years, but there's a retro charm--the building is shaped like a squat soft-serve cone--that the rest of the town is missing. Locals and tourists line up for oversize scoops of flavors like Super Hero, a mix of cherry bubblegum, lemon, and blue raspberry.

Chad and I rode the elevator down to Niagara's most famous attraction, the Maid of the Mist, a boat that takes you right to the grandest crashing point, Horseshoe Falls. I hadn't been onboard since high school, and I was sad to see that the sturdy yellow slickers have been replaced with blue, cellophane-like ponchos that made us look shrink-wrapped. But I was grateful for the protection at the turnaround, where it felt like we were in a typhoon. We did our best to blink through the billowing mist, while watching courageous geese dive for fish. It really is awesome.

Niagara may have lost its top-tier reputation in this country, but it still carries international appeal. Throughout the years, the area has drawn hordes of South Asian tourists, and its popularity has caught the attention of the local population, with savvy entrepreneurs opening curry stands near the Falls. On our boat ride, Chad and I were impressed with the number of nationalities aboard. One Syrian family told us that because of stricter visa laws since September 11, they weren't allowed to cross over to Canada. (That, along with the new casino, could explain a surge of visitors on the U.S. side.)

For Americans, the passage over the border remains a breeze--answer a few quick questions at the tollbooth and you're in. We planned to spend the night in Canada. All my life, I'd seen advertisements for heart-shaped whirlpool tubs, yet I'd never experienced one firsthand. Before settling into our motel, the Chalet Inn & Suites, Chad and I took a spin around Clifton Hill, Niagara Falls' version of Times Square. As a kid, I used to test my bravery at Canada's many wax museums. I'd force myself to shake hands with Frankenstein or get up close to gory historical scenes; I'll never forget Marie Antoinette's grisly beheading. I credit them for instilling in me a keen love for all things kitschy or macabre, like luaus and zombie movies.

Our visit coincided with the reopening of Louis Tussaud's Waxworks. Louis was the great-grandson of Madame, and his wax museum was the first one in town. Admission is $11; if you're in a silly mood, it's worth every penny. The glass barriers are gone, so now you can casually mingle with the assorted celebrities, examining every waxy pore on John Candy, Celine Dion, Pamela Anderson, and several versions of Mike Myers. (Canadians love nothing more than reminding people which stars are Canadian.) Despite the fun we had at Louis's place, we found Clifton Hill a bit overwhelming. Every inch of the short, steep strip is occupied by a splashy billboard or neon advertisement. It's hard to find a restaurant--or anything else--that isn't part of a franchise. We opted for one of the more charming ones, Montana's Cookhouse, a Western-themed smokehouse that serves decent barbecue.

Other than the wax museums, the Canadian side does have one thing going for it: the better view. Rainbows are a constant, and at night giant lights turn the Falls all sorts of colors. I was happy to see that the leaf-themed cast-iron guardrails are still there--I remembered them from the Marilyn Monroe movie, and they're one of the few remnants from the city's golden age. That and the heart-shaped tub: As we fought our way back to the motel through the throngs, it became more enticing with every step.