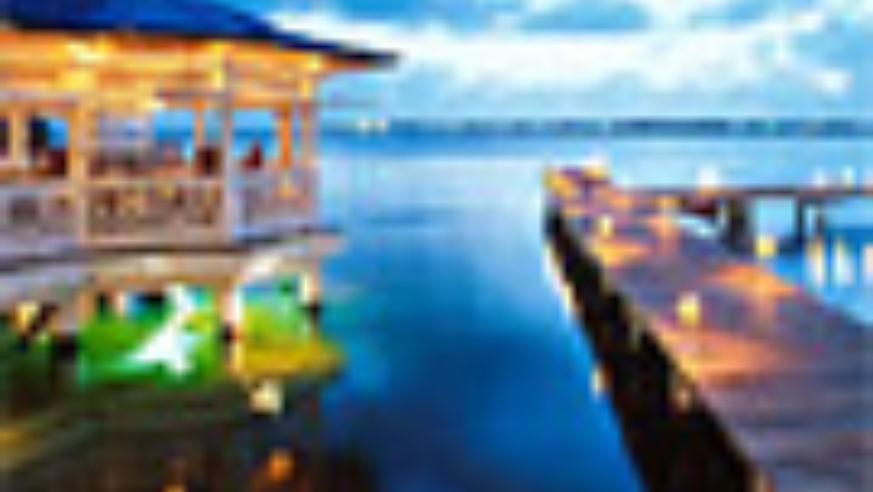 When you have beach on the brain, who wants to bother with a layover? We've prepared the ultimate insider's guide to seven resort towns south of the border that are just one quick flight away.

MAZATLÁN
As resort towns go, Mazatlán is one of Mexico's prettiest, with an assortment of 19th-century neoclassical, republican, and French baroque buildings in pastel colors. The best place for wandering is Old Mazatlán, particularly the tree-lined streets around Plazuela Machado, where guitarists and singers roam from one sidewalk café to the next. EAT Sample traditional Sinaloan dishes at Pedro & Lola, a restaurant with seating on the square that's known for its Mexican Molcajete, grilled beef served with cactus and onions (011-52/669-982-2589, restaurantpedroylola.com, beef $14). DRINK On nearby Belisario Domínguez street, locals gather nightly for tequila and Pacifico beers at La Tertulia, a bullfighting-themed bar that's owned and staffed by actual bullfighters and has posters, costumes, and pictures of the sport's greats all over the walls (no phone, tequila from $2). STAY Among the hotel options in the area, the 72-room Best Western Posada Freeman Express has the most character—it's in a renovated 1940s high-rise and has a rooftop pool with spectacular views of the Pacific Ocean (011-52/669-985-6060, book.bestwestern.com, from $80). DETOUR To lose the crowds, jump on one of Aqua Sport Center's boats to tiny, uninhabited Deer Island just off the coast—it has a white-sand beach, trails for hiking, and clear waters that are perfect for snorkeling (011-52/669-913-3333, $12).

IXTAPA-ZIHUATANEJO
The twin cities of Ixtapa and Zihuatanejo are separated by just three miles, but despite that proximity, they don't have a lot in common. Zihuatanejo, which dates back to precolonial times, is a relaxed fishing town set on an enclosed bay with not a single high-rise hotel. STAY The 30 rooms at the Hotel Brisas del Mar are accented with Mexican tiles and have hammocks on the balconies (011-52/755-554-2142, hotelbrisasdelmar.com, from $102). Ixtapa, in contrast, was built 36 years ago as part of a government effort to spur tourism development on the coast. Today, it has a gleaming strip of beachfront hotels, manicured lawns, and a wide range of restaurants, from local spots to large Mexican chains. EATEl Arbolito serves fresh seafood dishes, such as camaronillas—shrimp and cheese in a fried tortilla—and creative cocktails like the Black Banana, a mixture of Kahlua, coconut liqueur, and orange juice (011-52/755-553-3700, entrées from $8). DRINK At Barceló Ixtapa Beach Hotel's Sanca Bar, bands play salsa and Cuban music on weekend nights (011-52/755-555-2000, barcelo.com, beer from $3). DO Ixtapa has no shortage of beaches, but if you're in the mood for some­thing more active, rent a bike at Xplora Adventours (011-52/755-553-3584, $3 per half hour) and take a ride through Parque Ecológico Aztlán, a forest teeming with native birds, turtles, and iguanas.

ACAPULCO
Acapulco got its glamorous start in the 1950s and '60s, when celebrities like Frank Sinatra, Elizabeth Taylor, and Judy Garland turned the exclusive hotels on the rugged cliffs over the bay into their playground. DRINK One of these spots, the 78-year-old Hotel el Mirador, is the place to go for a quintessential Acapulco experience: Watching cliff divers plunge 130 feet into the bay while having a watermelon daiquiri on the patio at the on-site La Perla bar (011-52/744-483-1155, hotelelmiradoracapulco.com.mx, $24 drink minimum). For another side of the city's nightlife, find a dance partner and head to Ninas, a salsa and merengue club where bands play nightly (011-52/744-484-2400, cover $24, with open bar). STAY Close to the city center, One Hotel Acapulco Costera has 126 rooms with simple, Scandinavian-style furniture (800/343-7821, onehotels.com, from $75). EAT The open-air restaurant El Zorrito offers a wide range of regional Guerrero dishes, such as posole, hominy stew with chicken (011-52/744-485-3735, posole $6). DETOUR Eight miles south of downtown Acapulco is one of the most secluded beaches around: Playa Majahua. Swim in the bay and then try the ceviche at one of the tiny shacks set up near the sand.

PUERTO VALLARTA
Puerto Vallarta's art scene doesn't yet rival that of San Miguel de Allende, but it's well on its way: Painters, sculptors, and other artisans have moved to the Pacific-coast resort town in recent years, drawn by the natural beauty of the mountainous coast and the well-preserved colonial architecture in Old Vallarta. SHOP The old town has a number of galleries and boutiques, such as Joyería Yoler, which sells handcrafted silver jewelry (011-52/322-222-8713), and Peyote People, a purveyor of Huichol Indian art (011-52/322-222-2302). SEE Large bronze sculptures by Mexican artists adorn the city's Malecón, the oceanfront boardwalk lined with dozens of restaurants and shops. STAY One of the best hotel options in the area is the Buenaventura Grand Hotel & Spa, which has more than 200 newly renovated rooms—some with beamed ceilings—and a pool overlooking Playa Camarones (011-52/322-226-7000, hotelbuenaventura.com.mx, from $120). EAT Dine on a patio overlooking the beach at nearby El Barracuda, which specializes in seafood dishes like the Dynamite: shrimp, octopus, and tilapia served over rice (011-52/322-222-4034, entrées from $13).

LOS CABOS
Wedged between granite peaks and the water on the tip of Baja California, Los Cabos has one of Mexico's most dramatic settings. But a less-than-thrilling 20-mile-long tourist corridor connects the towns of San José del Cabo and Cabo San Lucas, making it all the more appealing to choose a town and stick with it. SEE In San José del Cabo's downtown arts district, galleries like Old Town show works by Mexican artists (011-52/624-142-3662, oldtowngallery.net). STAYEl Encanto Inn & Suites is decorated in Spanish-colonial style, with chandeliers in the entryway and a fountain in the courtyard—plus, the 28 rooms all have balconies (011-52/624-142-0388, elencantoinn.com, from $95). EAT Set in a hacienda in Cabo San Lucas, La Fonda serves dishes that chef Christopher Chong's grand­mother used to cook, like empanadas with a red chili sauce (011-52/624-143-6926, empanadas $11). DO At Playa Médano in Cabo San Lucas, Andromeda Divers y Mas offers water sports such as sea kayaking and parasailing (011-52/624-143-2765, scubadivecabo.com). DETOUR An hour's drive north of Los Cabos, eclectic shops and galleries have opened in artist-friendly Todos Santos, including the bookstore El Tecolote Libros (011-52/612-145-0295) and Galería de Todos Santos (011-52/612-145-0500, galeriadetodossantos.com).

CANCÚN
Cancún may never shake its reputation as a rowdy college-party destination, but outside of spring-break season, the city is a surprisingly subdued place. The peninsula is where most of the major resorts are located, so if you're looking for character, it's best to head downtown on the mainland. STAY The boutique hotel Sol y Luna has 11 brightly painted rooms, mosaic-trimmed baths, and balconies overlooking Parque de las Palapas (011-52/998-887-5579, solylunahotel.com, from $48). EAT The park is a popular gathering spot for musicians in the evenings; it's also where you'll find one of the city's best restaurants, Labná, which serves Yucatecan dishes such as pibil, achiote-flavored pork wrapped in a banana leaf (011-52/998-892-3056, labna.com, pibil $9). DRINK The aptly named Bling Resto Bar, on the resort peninsula, is just what it sounds like; lounge on the patio with a grape mojito and watch the sun go down over the lagoon (011-52/998-840-6014, blingcancun.com, drinks from $5). DETOURXcaret, a sprawling ecological and adventure theme park about 45 minutes south of Cancún, is an ideal spot for families. Activities here range from swimming through caves in an underground river to walking through a butterfly pavilion and watching monkeys, manatees, pumas, and jaguars in their natural environments (011-52/998-883-0470, www.xcaret.com, from $69).

COZUMEL
Surrounded by vibrantly colored coral reefs, the island of Cozumel, 11 miles off the Yucatán coast, has been attracting divers since Jacques Cousteau popularized it in the 1960s. The most central place to be situated for day trips around the island is the town of San Miguel, which has a number of reasonably priced guesthouses. STAY Las Anclas gets high marks not only for its seven bi-level suites and beautiful garden, but also for owners Pedro and Eyal, who are eager to offer up restaurant recommendations (011-52/987-872-5476, lasanclas.com, from $95). EAT A local favorite is La Candela, which serves hearty dishes like chicken stuffed with ham and cheese, and jamaica, a cold tea made from hibiscus flowers (011-52/987-878-4471, chicken $8). DO The tour operator Deep Blue arranges dive trips to some of the hardest-to-reach reefs around the island (011-52/987-872-5653, deepbluecozumel.com, from $68). Or, you can take a boat ride through the mangroves in the Faro Celarain Eco Park for an adventure of a different sort: crocodile spotting (011-52/987-872-1680, cozumelparks.com, $11).