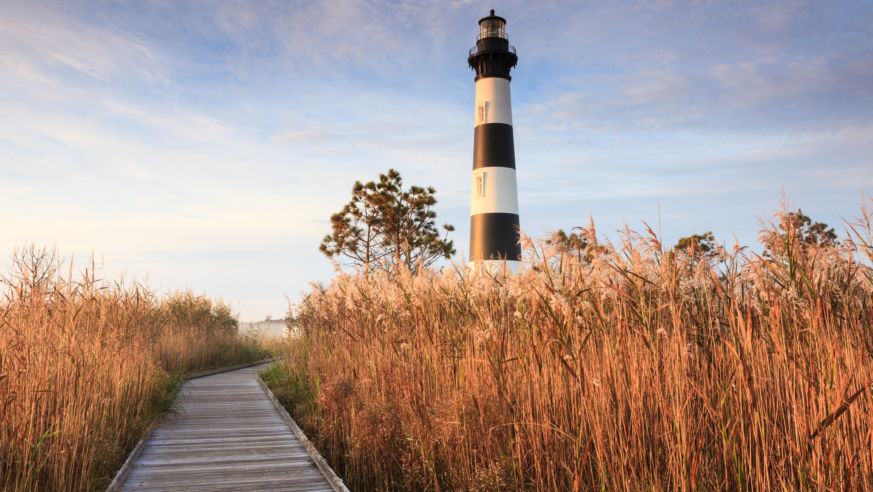 BBQ! Beaches! Balloons! Your next adventure should begin in North Carolina.

Whether you’re an adventure-seeker in pursuit of an adrenaline-pumping spree of parasailing, cycling, climbing, waterfalls, skydiving, and hot-air ballooning, an American history buff, or a nature lover in search of achingly beautiful beaches, North Carolina is rich with options for the intrepid traveler. The biggest challenge is making the most of your time, so we’ve searched the state and checked in with some locals who maintain some of the most gorgeously trip-inspiring NC-themed Instagram accounts to learn about the standout places to eat, drink, stay, and play during your visit. From the outdoor adventures in Boone to the museums and restaurants of Charlotte to the beaches of the Outer Banks, North Carolina has all the makings of a memorable vacation, regardless of whether it’s your first or tenth time visiting. 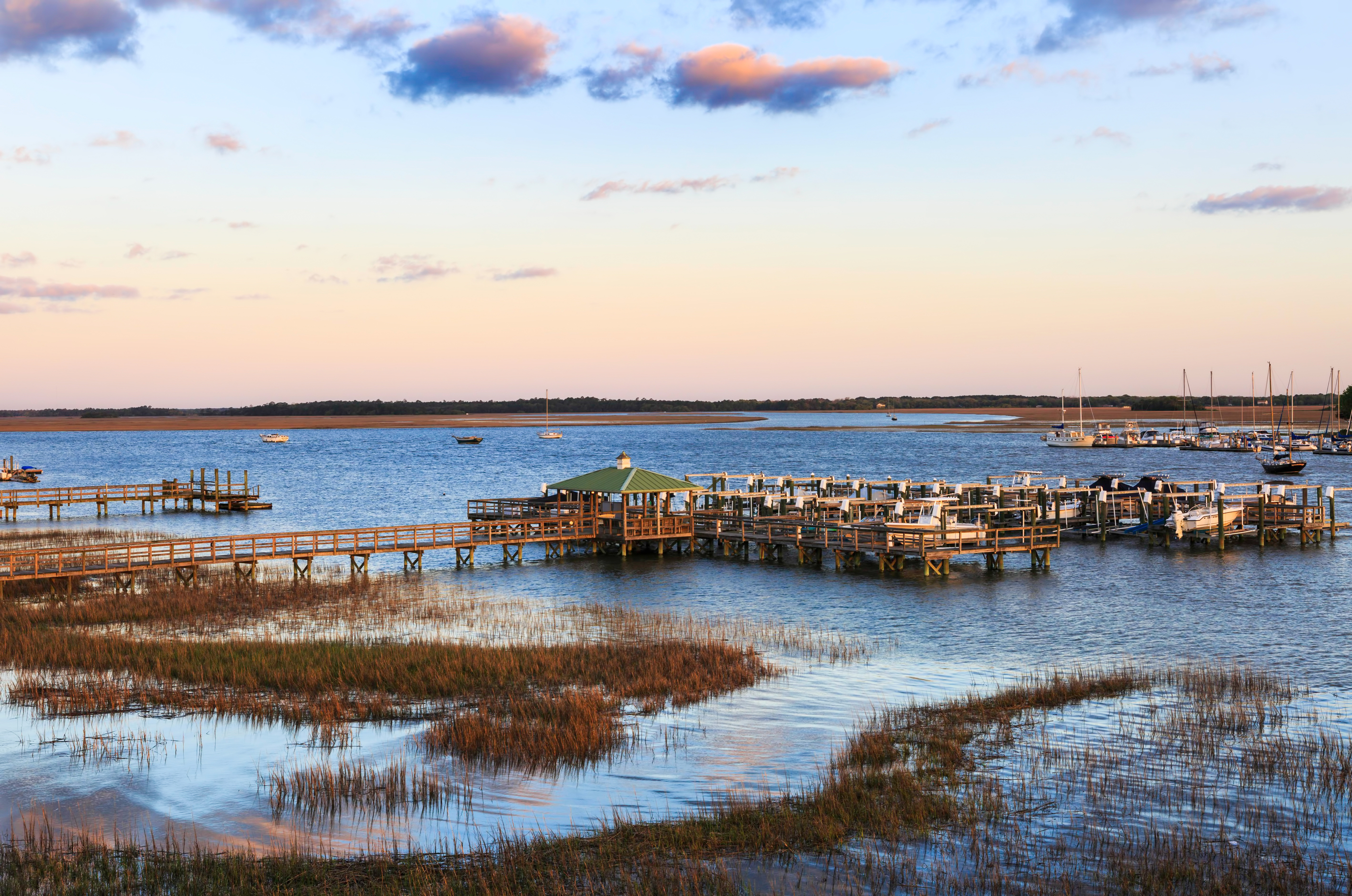 When it comes to tried-and-true, the Outer Banks, a 130-mile stretch of barrier islands on the north coast of North Carolina, delivers a wide assortment of vacation opportunities. Magnificent beaches, winery tours, exceptional seafood, and iconic lighthouses are all yours for the taking. And, appropriately enough for the “First in Flight” state, you can savor it all from the sky on a classic biplane tour. Elizabeth Boyette (@elizabeth_boyette on Instagram), an avid traveler and proprietor of Good South, a design firm with offices in Raleigh, NC, and Charleston, SC, suggests the area around Currituck National Wildlife Refuge, the northern end of the “OBX” (local parlance for the area). A longtime resident of Raleigh who recently relocated to Charleston, Boyette just came back from a trip to Duck, in Dare County, and reports that “the Outer Banks is truly something special. ” She notes that equine aficionados in particular should head north to Currituck County while they’re on the islands. “Make sure to take a tour of the wild horses on the beach in Corolla, a one-of-a-kind experience,” she says.

The jaw-dropping scenery of the Boone region of the Blue Ridge Parkway is reason alone to visit this bucolic town. Along the area’s stretch of highway you’ll find more than 50 hiking trails and over 20 overlooks where you can picnic and take in the landscape. In town, there are sites that showcase and honor the town’s rich history. Check out Hickory Ridge Museum, which features actors in period dress engaged in old-world activities, and more than 200 species of plant varieties at Daniel Boone Native Gardens, named for the trailblazing frontiersman who spent time in the region. While it’s absolutely stunning on the ground, there’s plenty more to be seen from above. At Grandfather Mountain, an international Biosphere Reserve, there’s the Mile High Swinging Bridge, America’s highest suspension bridge since it was built in 1952, which delivers heart-stopping 360-degree views of the Carolina Piedmont. For a more modern thrill, head to the neighboring town of Blowing Rock, where the new Ultimate Adventure park boasts ziplines, a giant swing, and activities for kids ages four and up. And when you’re ready to kick back and chill out, fishing, shopping—including old-timey stores—and an array of relaxing spas await.

You may have heard that Asheville is one cool little city, and we’d be the first to agree. Budget Travel’s senior editor, Liza Weisstuch, visited recently and is still talking about the imaginative restaurant scene, creative arts, and craft beer. And you can pretty much take your pick of nearby outdoor adventures, including zip-lining, canopy tours, and hot air ballooning. Karie Reinertson and Rob Maddox, who run Shelter Collective (@shelterprotectsyou on Instagram), an architecture and interior design shop in Asheville, share their locals-only secrets: “We love spending a rainy Saturday at Well Played, a board game cafe we designed in downtown. East Fork Pottery is perfect for outfitting an entire home or picking up a quick guest’s gift. OWL is one of our favorite places to grab a coffee and some of the best pastries in town. The best way to spend time in Asheville, though, is outdoors - our favorite hike is Black Balsam, which starts with a beautiful drive up the Blue Ridge Parkway.” 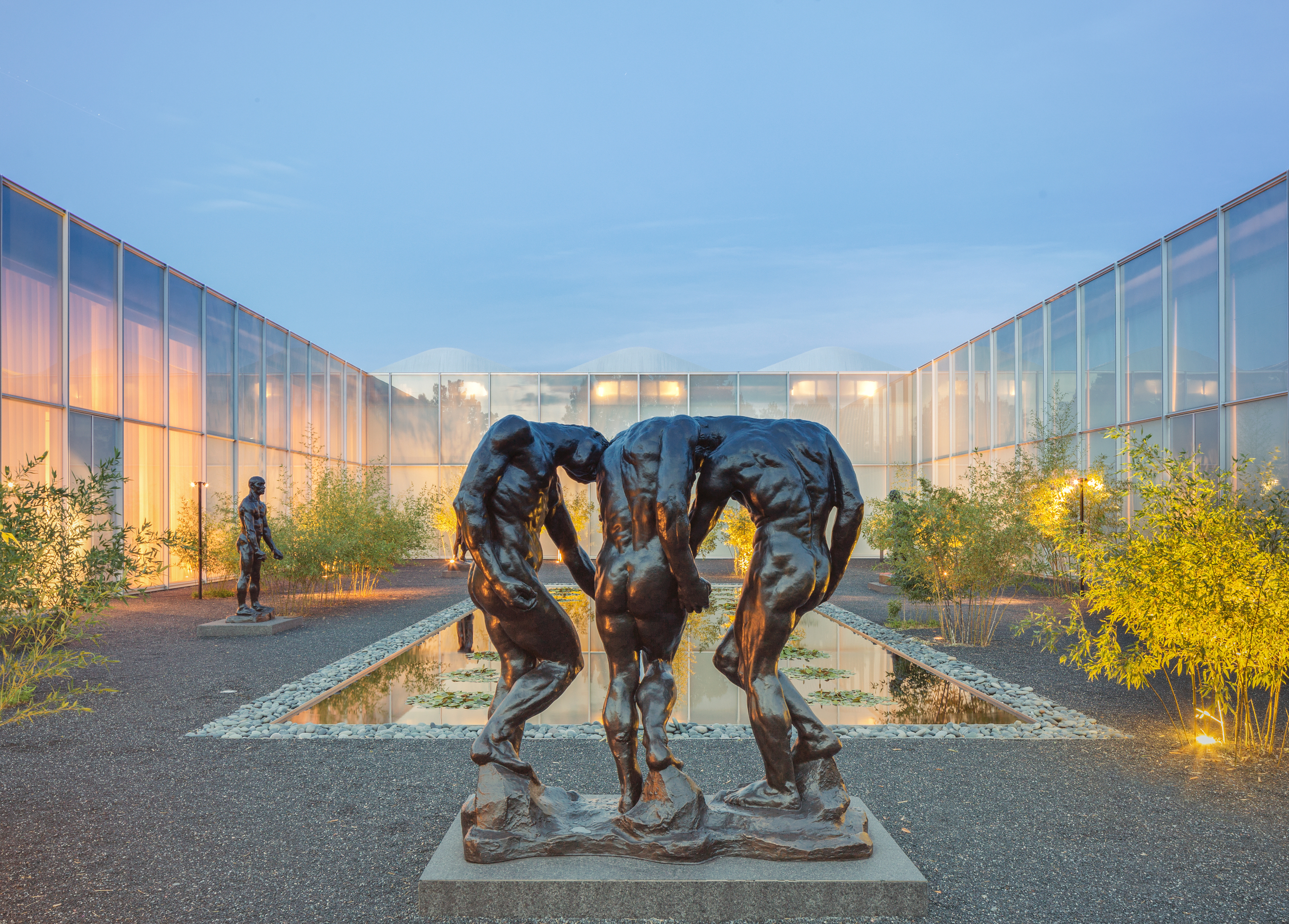 North Carolina’s centrally located Piedmont Region boasts some of the most populous cities in the state, and the Triangle offers an urbane alternative to the sun and sand of the coast, thanks in large part to the area’s trifecta of universities (North Carolina State, Duke, and the University of North Carolina). In Raleigh, start with a visit to the North Carolina Museum of Art, with a collection spanning more than 5,000 years and includes pieces from Europe, America, and Africa and a sculpture park marrying a three-mile trail system and an outdoor amphitheater with 29 works of art. Follow up with a stop at the Raleigh Farmers Market for a snack, then spend the afternoon winery-hopping. For dinner, try something from chef Ashley Christensen’s local mini-empire. Poole’s Diner is justifiably renowned for its rich, cheesy macaroni au gratin, and anything from the wood-fired oven at Death & Taxes (think: roasted oysters with preserved lemon and chili butter) is bound to be a hit.

Over in Durham, there’s a wealth of creative endeavors, from grand museums to funky galleries. Check out the artist studios at historic textile mill Golden Belt, browse the contemporary collection at Duke University’s Nasher Museum of Art, and get lost in the terraces, gazebos, and Japanese-style walking bridges of Sarah P. Duke Gardens. Break for lunch with a fried chicken, pimento cheese, and bacon biscuit from Rise, and spend the afternoon antiquing before catching a show at the Pinhook, a bastion of the indie-music scene.

Get your learning on in Chapel Hill, where the Morehead Planetarium and Science Center offers shows to please all ages, and UNC’s Sonja Haynes Stone Center for Black Culture and History features a roster of year-round events in keeping with its mission of supporting the critical examination of the African-American diaspora and African cultures. Pick up picnic provisions at Southern Season, then head for the North Carolina Botanical Garden for lunch al fresco. Sample the house-made vodka, gin, and whiskey at Top of the Hill Distillery, treat yourself to shrimp and grits at Crook’s Corner, then take in the symphony at Hill Hall Auditorium on the UNC campus.

Charlotte, North Carolina’s biggest city, packs the most art, history, music, and food into a visit, including former plantations, Southern cuisine with creative twists, and an array of museums to suit all tastes, like the Levine Museum of the New South, which focuses on post-Civil War life in the region, and the NASCAR Hall of Fame, a sport that has its roots in the area, thanks to bootlegging outlaws who were constantly trying to outrun the authorities during Prohibition. Somewhat unexpectedly, the central NC area also boasts ample opportunities for skydiving. And if you’d like to make a day trip, Boyette suggests skipping town for Davidson, a lakeside town about 20 miles north. “When you’re around Charlotte, I recommend a stop in Davidson, which has a college-town charm, to eat at Kindred. From the food to the atmosphere, it’s perfection. Two words: milk bread. And the oysters are a must-order.”

“My parents had a condo in Wrightsville Beach for years and it really is one of the most quaint, prettiest beaches in the state,” says Boyette. While Wilmington and its beaches were hit especially hard by Hurricane Florence in September, its recovery is well under way and its locals are eager to host travelers. Boyette recommends perusing the beach and checking out the Baja fish tacos at K38 across the bridge in Wilmington. Budget Travel’s associate editor, Maya Stanton, has her own mouthwatering restaurant reviews, including Savorez for tuna tostadas and Catch for crabcakes. If you need a break from seafood and the beach, pencil in a tour through one of the city’s many historic homes or visit the Cameron Art Museum for a glimpse into Wilmington’s culture and history.

Heading inland a bit, there’s a world of history and authentic NC cuisine to be found in the town of Kinston, in Lenoir County, the site of one of the most significant and hard-fought battles of the Civil War, now commemorated by a historic walking path and tour. In keeping with the vintage trend, look for accommodations at the Mother Earth Motor Lodge, a motel dating to 1963 that, in its previous incarnation, gave shelter to the touring musicians such as James Brown and his band as they passed through town. Local craft-beer brand Mother Earth Brewing took over and gave the property a facelift in 2017, and it now offers 45 upgraded rooms as well as a pool, shuffleboard, and mini-golf. For a dose of star-power, make a reservation for creative regional fare at James Beard award-winner and PBS host Vivian Howard’s Chef & the Farmer, or grab a seat at her more casual sister restaurant, the Boiler Room oyster bar. Crystal Thornton, a photographer who maintains one of the most beautiful NC-themed Instagram accounts out there (@seastarnc), recommends Kinston for “an absolute gem of a BBQ joint by the name of King’s Bar-B-Que and Chicken. It serves a sandwich called the Pig in a Puppy, a North Carolina-style BBQ in a sub-sandwich sized hush puppy.” May we simply add … Yum!