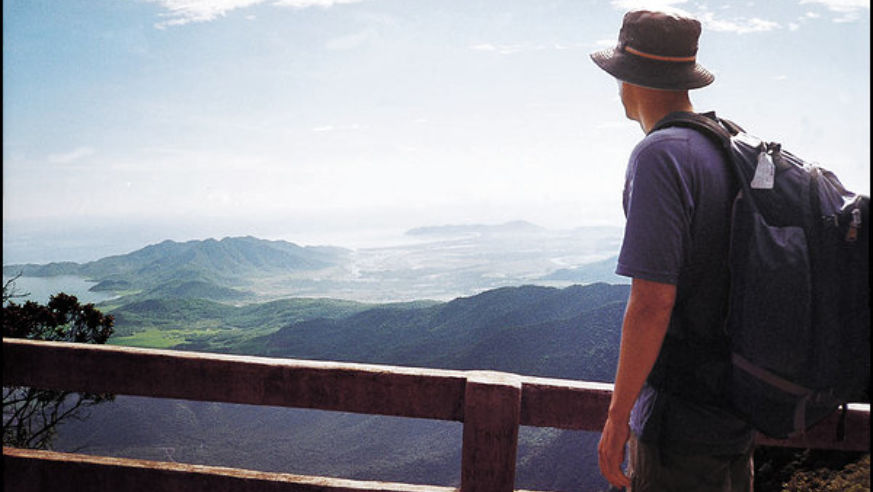 You can lose the crowds at stunning My Son Sanctuary and Bach Ma National Park.

Just ask last year's nearly 3 million international visitors: Vietnam is hardly a best-kept secret. And the traffic is increasing. Since they were introduced in December, United Airlines' direct flights to Ho Chi Minh City -- the first American flights to the country from the U.S. since 1975 -- have been virtually sold out. Vietnam Airlines plans on jumping aboard with direct flights of its own later this year.

Feel like you missed your window? Don't worry. Getting off the beaten path is remarkably easy in Vietnam. Most visitors stick to the two poles of this narrow, 1,000-mile-long land: Hanoi in the north and Ho Chi Minh City in the south. National airlines offer dirt-cheap, two-hour flights between the two cities. But travel by train is still the more affordable option and allows for detours along the way. At least a quarter of all Vietnam tourists make Hoi An one of those stops.

An 80,000-person port town on the Thu Bon river, Hoi An has seen its popularity surge since UNESCO -- the cultural preservation arm of the U.N. -- designated its Ancient Town a World Heritage site in 1999 for, among other things, its elegant 18th-century architecture. But Hoi An is still worth a visit, not only for its prolific seamstresses who can custom-make a silk dress in a matter of hours, but also for its proximity to two places under most travelers' radars: My Son Sanctuary and Bach Ma National Park.

In a lush valley below Cat's Tooth Mountain, My Son was once the royal burial and temple grounds for the Champa Kingdom, one of Vietnam's earliest major civilizations, which existed between the 2nd and 15th centuries. The Vietcong used the site as a base during the war, and American bombs destroyed many of the more than 70 Hindu-inspired monuments, though President Nixon finally declared them off-limits, partly at the urging of a Cham art expert. Bomb craters still punctuate the monument grounds, and land mines lurk beneath the surrounding jungle. (Signs provide plenty of warning about where the area becomes potentially unsafe.) Reminiscent of a mini-Angkor Wat, My Son is best enjoyed when you can wander the crumbling brick altars and temples in solitude. So go at off times. Tour buses are there from around 9 a.m. to 2 p.m.; you can and should avoid the crowds by hiring a driver for an early-morning or late-afternoon trip (it's open from 6:30 a.m. to 4:30 p.m.). The ride costs about $20, and your driver will wait for you. Two hours at the site should do it.

Also a UNESCO World Heritage site, My Son has seen a bump in tourism; a newly paved road, which cut the three-hour drive from Hoi An in half, is making it more accessible. Several international organizations, including Global Heritage Fund, have recently backed restoration projects, painstakingly reassembling the bombed-out monuments and planning for increased on-site security. But while those projects make My Son friendlier to visitors, the feeling now is still that of stumbling Indiana Jones-style onto an archaeological find.

Even more remote, Bach Ma National Park, 56 miles north of Hoi An, is Vietnam at its best -- untamed jungles, leafy valleys, views of sparkling beaches. The two-hour drive from Hoi An over the Hai Van Pass is easily the country's most beautiful. Then from Bach Ma's entrance, a tight 10-mile paved road snakes almost to the top of the park's 4,800-foot summit, with wild side trails (some requiring the use of overhanging vines to help you haul yourself over large logs) leading to waterfalls. You can hire a jeep to shuttle you up the park's main road, but the four-to-five-hour hike allows you to take time with the views. The temperature drops about 40 degrees as you climb; pack a hat, a rain jacket (the park is Vietnam's wettest spot), and lots of bottled water.

High-ranking French officials built stately vacation villas along the road in the 1930s. Although most are now in ruins, the park service renovated a few near the entrance and summit after Bach Ma was designated a national park in 1991. They're now spare but comfortable inns, with wood floors, shutters, and verandas; an on-site caretaker serves basic Vietnamese meals. Beyond the update of these villas, not much else has changed at Bach Ma. For that, in part, you can thank conservationists, who have fought to preserve the park's biodiversity -- including tigers and over 1,400 plant species -- and a remarkable serenity.