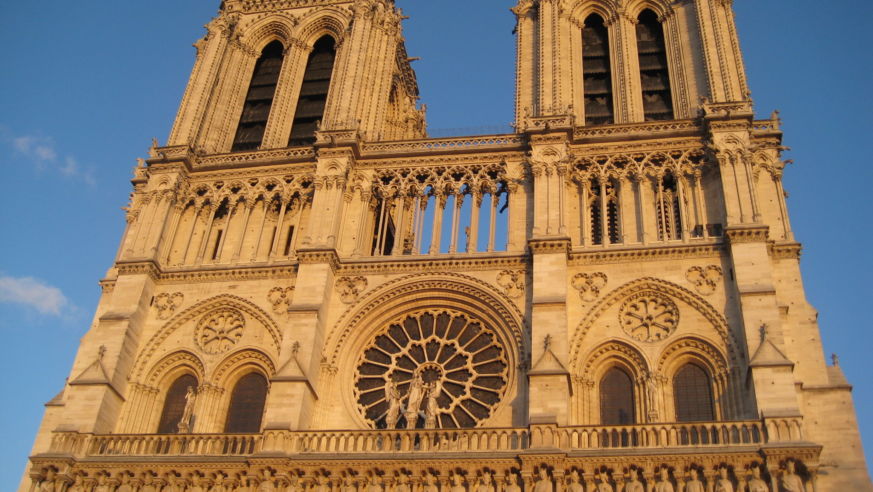 New bells are being installed at Paris's Notre Dame in honor of the cathedral's 850th anniversary.

"The greatest products of architecture are less the works of individuals than of society," wrote Victor Hugo in his novel Notre Dame de Paris, aptly summarizing the centuries of construction and reconstruction that typically went into building a Gothic cathedral.

Hugo's book, of course, immortalized Paris's cathedral of Notre Dame as the home of the hunchback Quasimodo, who went deaf from ringing the church's giant bells. Turns out those bells have had a reputation since the 19th century for being the most discordant in France. The original 10 bells were mostly destroyed during the French Revolution (by some accounts, they were melted down to build cannons), and their temporary replacements had a less-than-satisfactory ring to them. Now, in honor of the 850th anniversary of the iconic cathedral, which sees 20 million visitors each year, nine new bells are being installed.

The immense bronze bells are on display until February 25, then they will be moved to their permanent homes in the cathedrals towers. The south tower will hold a more-than-six-ton bell nicknamed Mary, and the north tower will be home to her eight little siblings, Jean-Marie, Maurice, Benoit-Joseph, Steven, Marcel, Dennis, Anne-Genevieve, and Gabriel. The public will hear the bells for the first time on March 23, the day before Palm Sunday, and crowds are of course expected to welcome the new additions.

A trip toCathedrale Notre Dame de Paris is a must for anyone visiting Paris. It's one of several historic destinations on the Ile de la Cite, in the Seine, that can be combined for a knockout day trip:

La Conciergerie will appeal to anyone whose favorite site in London is the Tower. The Conciergerie is a former palace and prison where, during the French Revolution, those awaiting death by guillotine were housed, including King Louis XVI and Marie Antoinette.

Sainte-Chappelle is another masterpiece of Gothic architecture. Its name means literally "holy chapel," and the structure, with its soaring arches and stained glass windows, dates back to the 13th century.

La Creperie du Cloitre is a reliable, affordable eatery near Notre Dame. Some folks like to grab a crepe to go and eat it while they wait in line to climb the tower stairs (Rue du Bloitre Notre Dame, from $10).