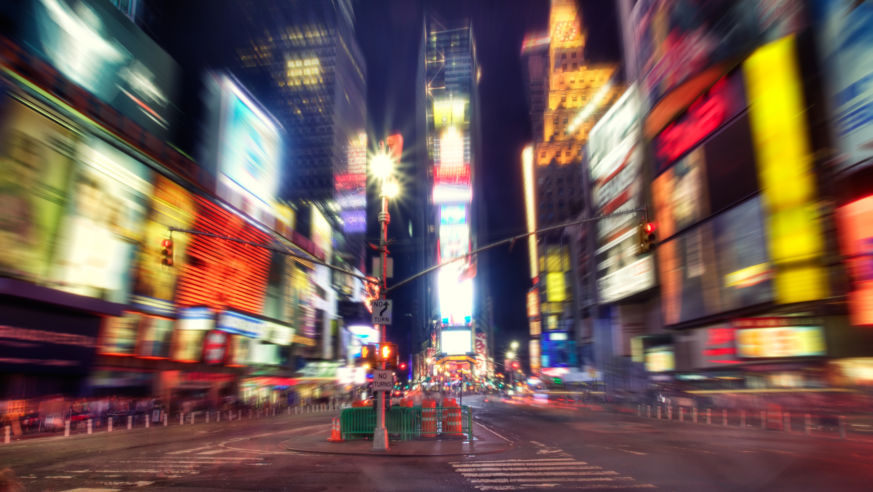 All eyes are on Broadway as the 73rd annual Tony Awards approach, on Sunday, June 9. Can’t get enough? A cool pop-up museum dedicated to NYC theater history is coming in 2020.

The Museum of Broadway is set to launch in the heart of New York City’s theater district next year, offering visitors a behind-the-scenes look at some of the city’s greatest shows and musicals of all time.

The part of Broadway between 42nd and 53rd streets – including Times Square – is considered the home of American theater. Known as the Theater District or the Great White Way thanks to its blinding neon billboards, this famous stretch of street attracts millions of people to theater shows every year. Broadway is one of the major draws in New York City and this past season, attendance was up 9.5%, according to Broadway League.

Next year a pop-up museum will showcase why its appeal is so enduring. Visitors will be taken on a journey from the birth of Broadway up to the present day through a variety of immersive exhibits. Open to visitors of all ages, the Museum of Broadway will focus on three main components: the evolution of the theater district from Lower Manhattan to Times Square in the 1800s, the making of a Broadway show, and landmark blockbusters that defined eras of Broadway. It will also showcase actual costumes, props and scenery used in famous Broadway shows.

“We are excited to welcome the new Museum of Broadway to Times Square in 2020. No visit to New York City is complete without seeing a Broadway show, and now with this new pop-up museum, visitors can further immerse themselves in the history and legacy of one of our City’s most iconic draws,” said NYC & Company President and CEO Fred Dixon.

The Museum of Broadway will be presented by three-time Tony-nominated producer Julie Boardman and marketing executive Diane Nicoletti. It’s scheduled to run from April through December 2020.