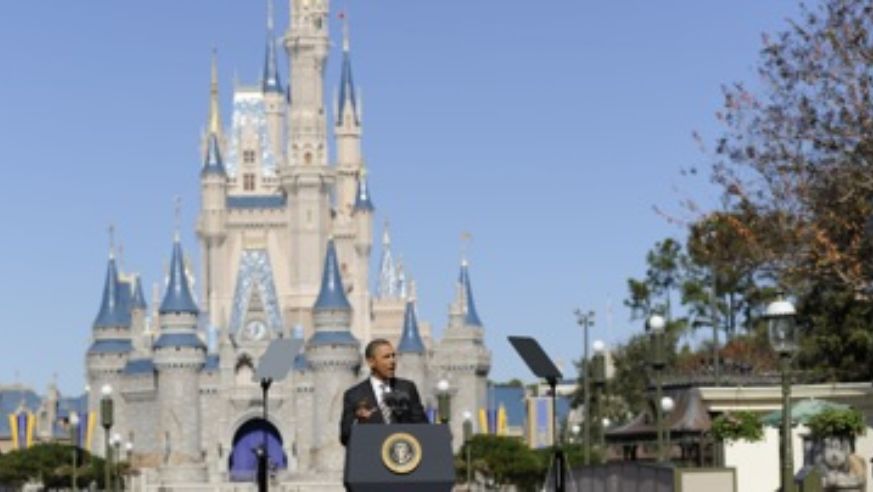 President Barack Obama unveiled a plan to ease visa restrictions on Thursday as part of a larger effort to increase the number of foreign visitors to the U.S. that would hopefully give a boost to the nation's economy.

Obama chose Walt Disney World in Florida as a backdrop to announce a freshly signed executive order intended to, among other things, increase the amount of U.S. tourist visas processed for Chinese and Brazilian travelers by 40 percent in 2012.

"I want America to be the number one tourist destination in the world," Obama told the crowd at Disney's Magic Kingdom, the travel industry newspaper Travel Weekly reported.

"That's what today is all about: telling the world that America is open for business,” Obama said. "The more folks who visit America, the more Americans we get back to work. It's that simple."

Obama acknowledged the strong role tourism plays in the U.S. economy. Travel and tourism represents 2.7 percent of the country's GDP and provided 7.5 million jobs in 2010, of which 1.2 million jobs could be attributed to international travel to the U.S.

The industry has projected that more than 1 million more jobs could be created over the next decade if the U.S. successfully lures more international travelers.

Obama focused on the need to better attract travelers from countries with emerging economies like China, Brazil and India. The President said that in addition to improving visa processing conditions, the U.S. will make efforts to expand the Visa Waiver Program.

Travelers from the 36 countries in the Visa Waiver Program can come to the U.S. for up to 90 days without obtaining a visa.

What are your thoughts? Do you think the U.S. needs to be more welcoming to foreign tourists? Or do you think we have plenty of international visitors as it is?

What Do You Think About The New Brand USA?