Oh, the places you won't go 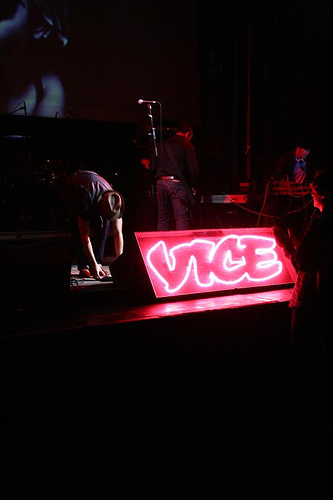 The Toronto/New York indie culture magazine Vice has teamed up with Spike Jonze, one of the most celebrated directors of music videos, to create a website stocked with (non-music) videos on a variety of surprising subjects.

Many of the short clips are mini-travel documentaries. One dude tours toxic plants in Toronto. Another scours the Caribbean for unusual sexual practices. In general, the Vice mag folks go where most travelers fear to tread.

The travel clips are generally short and silly. There's one exception--a particularly well-made video of a trip to Chernobyl, which is nine-minutes long and rather depressing. It's bizarrely compelling to watch as a handheld radiation-counter goes beserk, and it's poignant when the camera zooms in on the fading posters that hung in school buildings in the nearby town.

You can catch these quick flicks at VBS.tv.

Related: Chernobyl, of course, was one of the destinations on BudgetTravel.com's 2007 "Not List," celebrating the places you don't want to visit.

Elsewhere: Despite urban legends to the contrary, Chernobyl has not become an animal paradise because of the lack of interference by humans, says the New York Times. 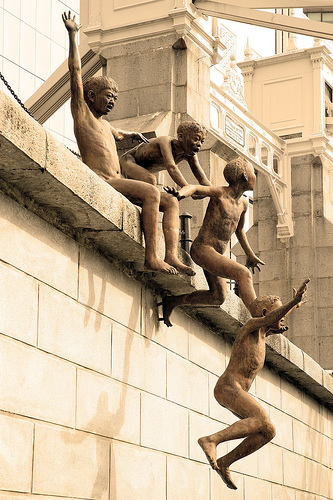 No plans for Labor Day?

It's not too late to squeeze in a summer getaway! One place to start is Travelzoo.com's grab bag of Labor Day discounts, everything from an oceanfront suite in Myrtle Beach ($79) to an air/hotel package for Bermuda ($499). Other great resources are the aptly named websites Lastminute.com, formerly Site59.com, and 11thhourvacations.com. For ideas on where to go, try our special section devoted to long weekends and our list of favorite road trips like the Colorado Rockies and Virginia's Northern Neck. If you are heading south in Virginia on September 1, you might want to make the laid-back town of Irvington part of your itinerary. Read These Grapes Are Made for Stomping. Related: A new road trip planning tool. Photo: A statue of boys having some last summer fun, snapped by Ray, Flickr/Creative Commons. It's of a bridge in Singapore -- by the Fullerton Hotel. 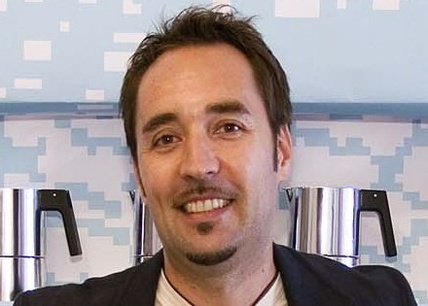 Where does the Alessi man vacation?

Alessi is the hip housewares brand that features supercute designs, such as corkscrews shaped like colorful parrots. I had a theory that the employees of this Italian-owned company are pretty hip. I contacted one of them, executive vice-president Jan Vingerhoets, and asked him for his idea of a great vacation spot. Jan travels about six months a year to meet with innovative designers, marketers, and shop owners, and he has seen some of the world's coolest places. Jan's top recommendation is Heron Island, Australia. "I visited once during a 2004 trip to Australia," he says. "I wish my family could go every year!" Why Heron Island? "It must be paradise on Earth. The island is about 800 metres long and 300 metres at its widest and one-third of the island is taken by the University of Queensland, where they operate a Coral Research Station. The island has just one resort, no further buildings. You can swim straight off the beach to an endless garden of coral where the waters are literally teeming with beautifully coloured fish and marine life." Q: What makes the place you recommend different from other places you've seen? Amazing nature, especially the reef which you can enjoy by snorkeling and diving. The best part of the trip was the diving experience. It's very professionally run. And it's one of the best places to learn diving because there's no need for day trips to the Reef because you're already there. Even for the experienced diver there is lot's to see with over twenty different dive sites within 15 minutes from the resort. You can easily enjoy up to three full dives a day. You won't bump into any day-trippers, the reef experience on Heron is exclusively for guests. Q: Thoughts on lodging? There is no choice since there is just one hotel on the island, the Heron Island Resort. Rates start at $155 a night. The rooms are basic; don't expect the latest design or gadgets, but you don't need that here. The amazing sunset or the baby sharks (they are not dangerous and avoid you) at Shark Bay beach are so much better than your favourite movie or TV show .... Q: Can you recommend a restaurant on the island? The resort has 2 restaurants: the Shearwater Restaurant and the Pandanus Lounge &amp; Baillie's Bar. Because this is a remote island, food is only brought in once a week and the menu is limited but meals are served plenty and it was hard not to find something we liked. [Read Budget Travel's coverage of Australia.] Earlier: Where does the Guinness master brewer go on vacation? Where does the chief of innovation for Lego go on vacation? 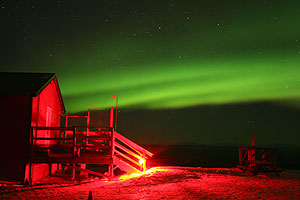 One tempting reason is that you'll have a good chance of witnessing the Aurora Borealis, or northern lights, filling the late-night and early-morning sky with brilliant streaks of purples, greens, blues, and yellows. The area outside Fairbanks, about 110 miles south of the Arctic Circle, is one of the best spots for viewing the natural phenomenon (which can seem like something out of a sci-fi thriller!). The Geophysical Institute of the University of Alaska, Fairbanks, tracks day-by-day visibility levels throughout the state on its website, gedds.alaska.edu. One affordable place to stay is the Northern Sky Lodge, a seven-room log B&B; offering dog sledding tours. Autumn is foliage season in Alaska, too, and leaf peepers can get their fill at Denali National Park, home to Mt. McKinley and located about a two-and-a-half-hour drive south from Fairbanks. The park's lodges have created a new series of six guided three-hour hikes, in addition to their tours of the taiga forest and rolling tundra and heart-pounding whitewater rafting excursions. And as the temperatures drop, so do Denali's room rates. From August 28 to September 18, the fall foliage special allows guests to stay at any of the lodges--McKinley Chalet Resort, McKinley Village Lodge, Denali Bluffs Hotel, or Denali Grande Lodge--for half the price with a 50 percent discount on any Denali excursions. A two-night stay with two tickets to any excursion starts at $329 per room, based on double occupancy. For more details and bookings, contact Denali Park Resorts, 800/276-7234, denaliparkresorts.com. 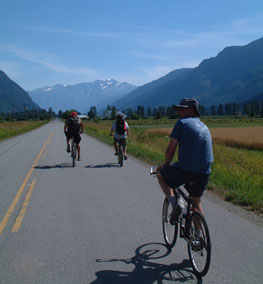 The fruits of visiting Whistler off-season

The farms in Pemberton Valley, an idyllic stretch of countryside 30 minutes north of Whistler, British Columbia, are rarely open to the public--unless you happen to visit on Sunday, August 19, for the Pemberton Valley Slow Food Cycle, a free 31-mile bike ride up and down the valley floor. It's agritourism at its best!During the daylong event, participants can check out organic farms and meet the folks behind them, as well as visit the valley's natural beef producer, coffee roaster, and small commercial bakery. "There will be 10 stops along the route and each of them will be small farmers' markets," says co-organizer and local farmer, Anna Helmer.Pemberton's Rotary Club is even running a grocery shuttle for those who want to buy more than they can carry on their bikes. No advance registration is required: All you have to do is show up to get a free map and almanac of the region. Check out a two-minute video of last year's ride along with more information--including links to local B&amp;Bs--on; slowfoodcyclesunday.com. --Laura MacNeil, associate editorRelated: More and more farms are opening up. To learn which ones allow visitors to lend a hand, read the magazine article, Farm Tours Where You Can Pitch In.