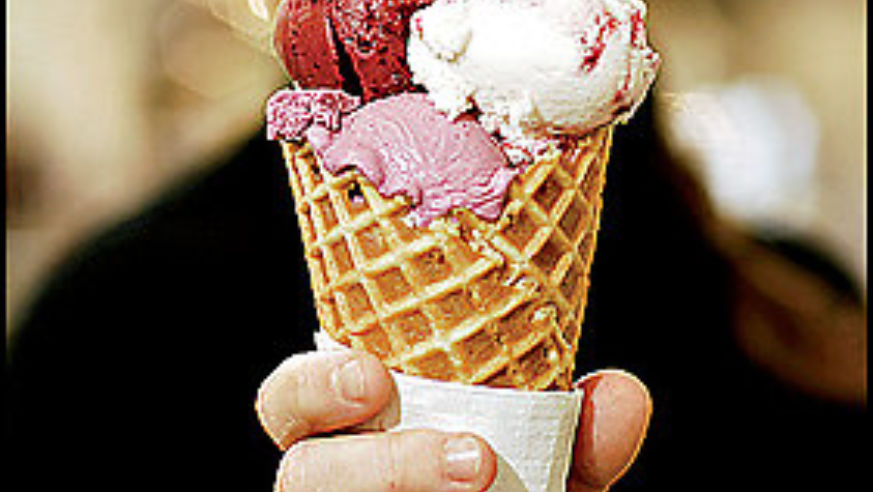 When most people think of visiting Ohio, the first place that probably comes to mind is Cleveland (it's home to the Rock and Roll Hall of Fame, after all). But Columbus is surprisingly hip in its own right.

Tens of thousands of people head to Columbus every fall during Ohio State's football season. I'm as much a road-trip loving football fan as the next guy, but I actually never thought the Ohio capital was as charming as say Madison, Wis., or Ann Arbor, Mich. I obviously wasn't looking very hard. With a revamped downtown and a booming population (it surpassed Cleveland in size in the 1980s), the city has restyled itself from a college town into a fairly happening urban center.

For a place obsessed with college football, Columbus owes much of its revival to pro hockey. When Nationwide Arena opened in 2000, people not only came to see the Blue Jackets (the team releases 250 $10 tickets two hours before each game), but they began to spend more and more time—and money—in the once-gritty Short North district near the arena. Today, the neighborhood is packed with galleries, restaurants, and shops. One of them, Studios on High, is a co-op with 18 members, including jewelers, printmakers, and other artists. "Back in the day, I'd see drug deals going down across the street—it was better than daytime TV," says founder Judy Hoberg, who sculpts wide-eyed animals from clay. "It's amazing how the area has changed."

I walked a few blocks farther north on High Street to Flower Child, a shop that only feels as though it's been in the neighborhood forever because of an incredible stock of vintage furnishings and ephemera and a playlist that includes such classics as "Harper Valley P.T.A." The 14-room store opened last fall as a Cleveland spin-off, but it already draws dealers from England and Japan on the prowl for rotary phones and nudie calendars from auto-parts stores. After picking up a pair of sparkly blue earrings for my wife, I grabbed lunch down the street at the Northstar Café—people will drive across town for the pepper-flaked maple sausage—before heading to the North Market, which has been around since 1876. Old-school butchers still work at the indoor emporium, along with Asian grocers, a fishmonger, bakers of artisanal bread, and farmers such as Dorothy Gatterdam, who sells eggs on the honor system.

The following five words alone are worth a trip to Columbus: salty, caramel-almond ice cream. It's one of the most popular choices at Jeni's Splendid Ice Creams, a North Market shop that churns out inventive flavors like star anise with candied fennel. "We use ingredients available at the market," says Jeni Britton Bauer, who launched Jeni's in 2002 and is just about to open her fourth Columbus location. "The farmers and the vendors are my inspiration."

You can stay on the Ohio State campus without sleeping in a dorm. The rooms at The Blackwell Inn have pillow-top mattresses and thick, fluffy robes, and there are views of the university's Ohio Stadium. It's a five-minute walk to the Wexner Center for the Arts, built of glass and castle-like brick columns. The free museum has no permanent collection, but there are plenty of contemporary art exhibits and dance and theatrical performances each month. Several nooks outside the museum house parts of Groundswell, an installation by Ohio native Maya Lin that's made up of mounds of smashed windshield glass. And an epic artwork by Jane Hammond will be on display this summer: It's a room covered in leaves, each one inscribed with the name of a U.S. soldier who died in Iraq.

Before heading back to the Short North, I stopped at Old Deaf School Park, also free, where the Ohio School for the Deaf once stood. Local sculptor James T. Mason created a topiary reproduction of Georges Seurat's A Sunday on La Grande Jatte that captures every detail (including the pet monkey) of the Post­impressionist masterpiece.

I wrapped up my trip at the Surly Girl Saloon, a tavern on High Street that serves comfort food, including half-price Frito pies during happy hour and a sandwich made with spicy peanut butter, banana, and honey—the filling is bright orange from all the cayenne pepper. The Surly Girl was started by three girlfriends, and it shows: There's empowering cowgirl art on the walls, and the wine is either organic, comes from a winery that's woman-owned, or both. (Or at least it will be once the saloon gets its wine license back.) The only thing missing is a TV by the bar. "This way, you can't ask the bartender who won the game," says co-owner Carmen Owens with a wink. "There's more to life than football."