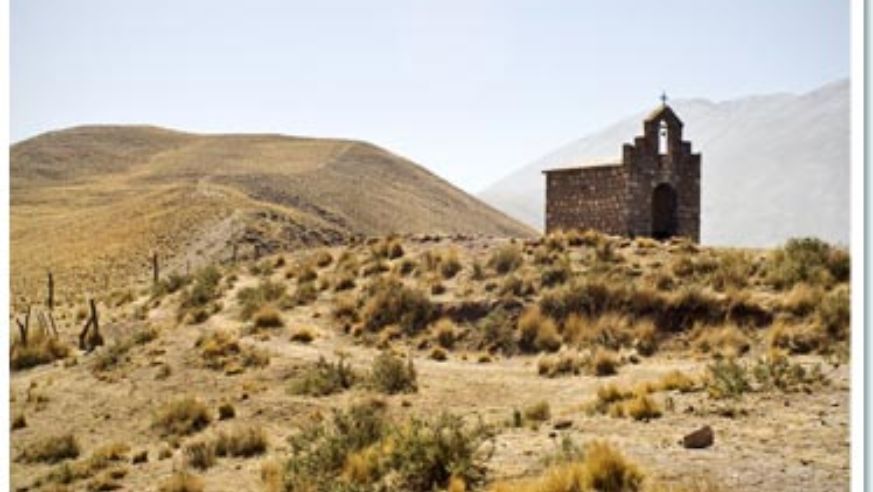 With its vast landscapes, picturesque villages high in the Andes Mountains, and burgeoning tourism infrastructure, this region around Salta is on a growing number of travelers' wish lists.

SALTA
Colonial buildings, restaurants, and museums all radiate out from Salta's manicured main plaza. About a two-hour flight from Buenos Aires, Salta is the jumping-off point for exploring the region. Get your fill here before renting a car and leaving most of humanity behind.

SeeMuseo de Arqueología de Alta Montaña is the resting place for three mummified Incan children discovered in 1999 on the Llullaillaco volcano on the Chilean-Argentine border ($4.50, closed Mondays). Sacrificed to the Incan gods more than 500 years ago, the children are remarkably well preserved because of the volcano's high altitude and dry air. The nearby Museo Provincial de Bellas Artes has a fine-art collection that rivals its gorgeous 18th-century complex of courtyards, narrow balconies, and airy galleries (60 cents, closed Sundays).

Eat At La Casona del Molino on the edge of town, it is easy to feel like you've stepped back in time a few centuries, as you dine on parrilla—meat slow grilled to melt-in-your-mouth tenderness—and listen to a guitarist sing Spanish and Argentine folk songs (011-54/387-434-2835). The chef at restaurant Jose Balcarce uses native foods like quinoa and llama to concoct flavorful, only-in-Salta dishes like llama carpaccio (011-54/387-421-1628).

Shop Local artisans show off their handiwork, including silver jewelry, carved maté cups, and paintings, at the Sunday market on Balcarce Street.

SleepCarpe Diem Bed & Breakfast stands out for its personable service and homey feel (doubles from $74). Each room is decorated with antique furniture and has a computer with free high-speed Internet access. Co-owner Silke Schefold de Morsani is a great source for advice and help with making reservations for restaurants or car rentals.

Prep You can pick up a rental car in Salta; Europcar has an office in town, at Cordoba 20 (011-54/387-421-8848). Credit cards are accepted at many hotels and restaurants across the region, but swing by an ATM before hitting the road; ATMs in smaller villages can be finicky with international cards.

TO THE NORTH
Leaving Salta, drive north to the Quebrada de Humahuaca, a windswept gorge that cuts through the Andes and forms a natural corridor from Argentina to Bolivia—a path once well trod by the Inca. Purmamarca, one of the southernmost villages in the Quebrada, is backed by a striking polychromatic hillside, Cerro de los Siete Colores. Wander the village's dusty streets, visit the Iglesia Santa Rosa de Lima off the south end of the plaza, and enjoy dinner next to the fireplace at Los Morteros (011-54/388-490-8063).
• SleepHotel La Comarca on the outskirts of Purmamarca has a spa and a heated pool. Cactus-lined doors open up to bedrooms with wood floors and inviting white linens (doubles from $108). The hotel's restaurant terrace overlooks the surrounding mountains and encourages lingering over morning coffee.

Route 52 snakes west from Purmamarca through a valley and rises to cross a mountain pass of nearly 13,700 feet. On the other side awaits Salinas Grandes, a blindingly white salt flat. The wind whips across the expansive plain, leaving a sense of emptiness and profound quiet. Wild donkeys and vicuñas, cousins to the llama, graze along the grassy patches lining the edge of the salt flat.

Turning back, pass through Purmamarca and drive 14 miles north to Tilcara, a village with leafy courtyard cafés and shops selling pottery and handwoven ceremonial blankets. A ticket to Museo Arqueológico—repository of artifacts found across Argentina, Bolivia, Chile, and Peru—also provides entry to the Pucara de Tilcara, a pre-Hispanic fortress set amidst a grove of cardón cacti behind the village (011-54/388-495-5006).
• Sleep The rustic adobe houses of Cerro Chico are clustered on a hillside outside Tilcara (doubles from $47).

Almost constantly clear, blue sky frames the whitewashed colonial buildings and adobe houses of Humahuaca, a village about 24 miles north of Tilcara and more than 9,000 feet above sea level. It's the gateway to the puna, the high plateau landscape of the Andes that stretches onward to Bolivia. You're likely to feel the effects of the altitude, so take your time exploring the town's cobbled streets. Stop at the Iglesia de la Candelaria on Plaza Sargento Gómez to see the 18th-century oil painting TheTwelve Prophets. At the restaurant Casa Vieja, decorated with colorful textiles and woven baskets, you can get tamales and locro, a hearty stew of corn, squash, and beef (011-54/388-742-1181).
• SleepHosteria Solar de la Quebrada has six cozy rooms, some with views of the village (doubles from $44).

TO THE SOUTH
Go back toward Salta past the farms in the Valle de Lerma before turning west along Route 33—which climbs the moss-colored slopes of the Cuesta del Obispo. You'll reach a peaceful mountain pass with a small chapel at almost 11,000 feet.

The road levels off here and crosses an arid plateau to Cachi, a village near the base of the snowcapped Nevado del Cachi. Check in to La Merced del Alto, a luxurious colonial-style hotel just up the hill from the small village (doubles from $122), and then return to Cachi's main plaza for some bruschetta and a glass of wine at Oliver's Café.

Continue south toward Cafayate along legendary Route 40—stretching the length of the country, it's the Route 66 of Argentina. Pull over in Molinos to see its restored church and snack on empanadas in the shade of the courtyard at Hacienda de Molinos, a hotel opposite the church.

The changing scenery is a distraction from the staccato rhythm of driving on unpaved road. There are patches of irrigated farm plots, and further along, jagged rock formations that are evidence of the area's turbulent tectonic past.

Closer to Cafayate, vineyards begin to appear. One of the highest-altitude wine-producing regions in the world, Cafayate has quickly become a renowned wine destination. Bodegas Etchart and Bodega Domingo Hermanos are good vineyards for tasting torrontés, the area's cherished white wine.
• SleepViñas de Cafayate is a boutique hotel on the edge of town built around a garden courtyard, with rooms facing out over the surrounding vineyard (doubles from $138).

Pick up Route 68, which weaves its way back to Salta through the Quebrada de Cafayate. The drive takes in ever-changing colors and unexpected formations: red, orange and yellow-ocher mountainsides eroded by the wind into fanciful and unusual shapes.

All prices are in U.S. dollars; all hotels rates include breakfast. Trip length: A minimum of six days is required.