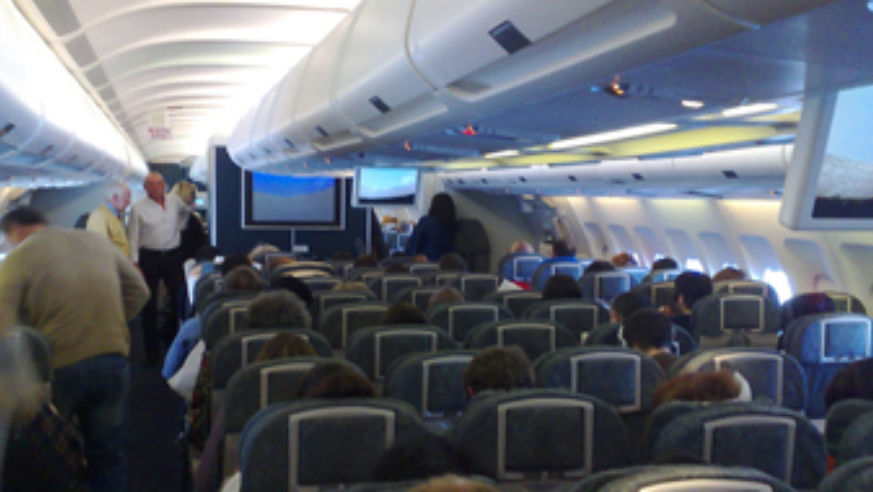 An article in this morning's New York Times quotes a Boeing study that found boarding times to have increased by 15 to 25 minutes since the 1970s. Getting people on planes used to take 15 minutes, now it typically takes between 30 to 40 minutes.

There is, however, at least one airline that still manages to get all of its customers onboard in just 15 minutes. That airline is Southwest.

The reasons why boarding times have increased for other airlines might shed a light on why Southwest's process is so speedy. According to the New York Times article, the problem is largely due to the revenue-driving measures most airlines have added in the last couple of decades. First, you have fees for checked luggage, which means that more people are bringing their belongings into the cabin—and slowing everybody down by trying to find room in the overhead bins (and blocking the aisles while they do so). Interestingly enough, when Spirit Airlines started charging passengers $20 to 40 per carry-on bag (more than they charge to check luggage), their boarding times decreased by six minutes on average.

Next, in addition to business and first class, you have new classes of passengers—premium economy, early boarding—which complicates the boarding process (and spells less overhead bin space for the coach travelers who follow). On top of that, airlines have been cutting capacity left and right, which means that planes are more packed than ever.

So what does Southwest do right? Essentially the opposite of everybody else: they don’t assign seats, they don’t charge to check luggage, and they don't offer different "classes" of seating. They do have two options for travelers to board early (either by purchasing a "Business Select" ticket or the "early-bird check-in" pass for $10), but otherwise, people just grab seats as they get on the plane. The results are fewer obstacles in the aisle and a faster gate-to-seat experience.

But do travelers appreciate the faster process? I've heard the boarding procedure at Southwest described as a "cattle call," and having been through the experience myself I can say that at times it feels more hectic than on other airlines (there is something comforting about knowing exactly which seat you will sit in).

Given how much money major U.S. airlines make on ancillary fees ($12.5 billion in 2011 alone), it seems unlikely other companies will be adopting the Southwest boarding model anytime soon, but as the airlines explore new methods of getting people on planes, it certainly can't hurt for us to sound off on what we like (and don't like).

Thoughts? Opinions? Do you appreciate the Southwest boarding method?

Video: the Best Way to Board Airplanes