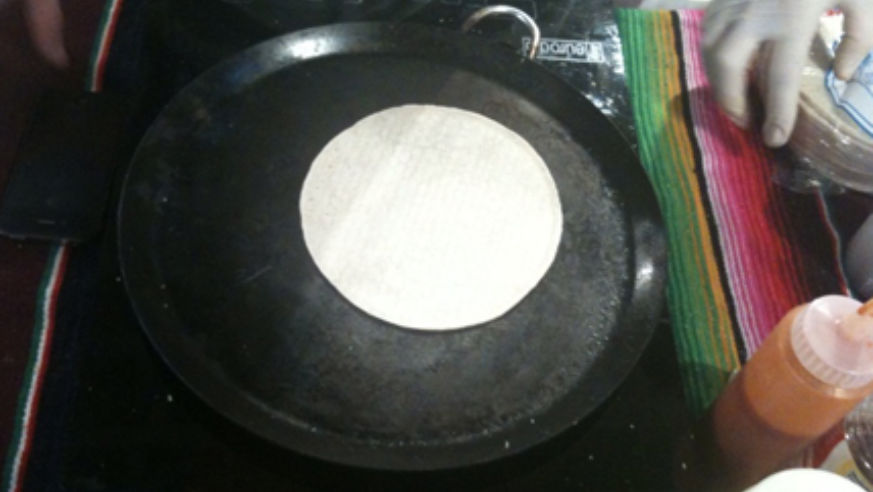 Courtesy Laura Michonski
Jesse Kramer of Brooklyn Taco preparing a taco for me.

Cinco de Mayo is not, as some believe, the celebration of Mexican independence (that's September 16). In fact, most Mexicans don't celebrate the 5th of May at all, which is when Mexico beat France at the Battle of Puebla, effectively driving the French out of North America. So why do Americans love the holiday? I can't speak for all of my compatriots, but for me it's a chance to celebrate the things that I love about Mexico.

There are many reasons to exalt the country (ancient ruins, beautiful beaches, and colonial towns to name a few), but that list would be way too long for this forum. Instead, I'd like to take this opportunity to hail one of my favorite Mexican gifts to the U.S.—the taco.

Not only are tacos delicious, affordable, and easy to eat on the go, they're diverse. You can pretty much wrap anything between the folds of a corn tortilla and call it a taco. And you're just as likely to encounter (and enjoy) them in upscale Mexican establishments as you are when they're whipped up roadside. Not surprisingly, they feature prominently in our tour of the world's best street food.

For this occasion, I decided to track down a top notch taco recipe. The easy thing to do would have been a Google search (taco recipes are a dime a dozen), but I wanted something a little more special. For guidance, I turned to my friend and chef, Jesse Kramer—the only person I know whose obsession with the hand-held comfort food rivals my own. While I spend an embarrassing portion of my after-work hours consuming tacos, he has made producing them his life's work. He even left behind a job as a cook at the Gramercy Park Hotel's Maialina restaurant and moved to one of Brooklyn's most Mexican neighborhoods, Sunset Park, to pursue his passion (his taco stand, which opened this past December, is appropriately named "Brooklyn Taco" and I can personally attest to the fact that they craft one of the best tacos in all of New York).

To hear him talk about his specialty is like listening to a painter discuss a masterpiece. According to Jesse, a successful taco starts with finding just the right corn tortilla. And he can't say enough about the spices and vegetables from Mexico (he talks about cinnamon from the Yucatan peninsula the way I talk about my favorite author).

All the wheedling in the world couldn't convince Jesse to give up one of his patented taco recipes, but he did graciously share a traditional Mayan favorite of his—Rescado Rojo—a flavorful paste that can be applied to the taco filling of your choice (typically chicken, beef or fish):

In a nut or coffee grinder, grind the achiote seeds, cumin, oregano, peppercorns, allspice, clove and salt. Grind the garlic in a mortar or molcajete, add the ground spices and sir in the orange juice to make a paste. Place in a small glass jar, cover and refrigerate until ready to use. Prepare your choice of filling (chicken, beef, or fish) as you would normally, and then top with the paste and pile into a warm, corn tortilla.

If you do make the recipe, tell me how you liked it! (If you find yourself in the city, check out Brooklyn Taco on Saturdays and Sundays from 10am to 6:30pm at Artists and Fleas, a local arts and crafts show, in Brooklyn.)

Do you celebrate Cinco de Mayo? If so, what do you do in honor of the holiday?