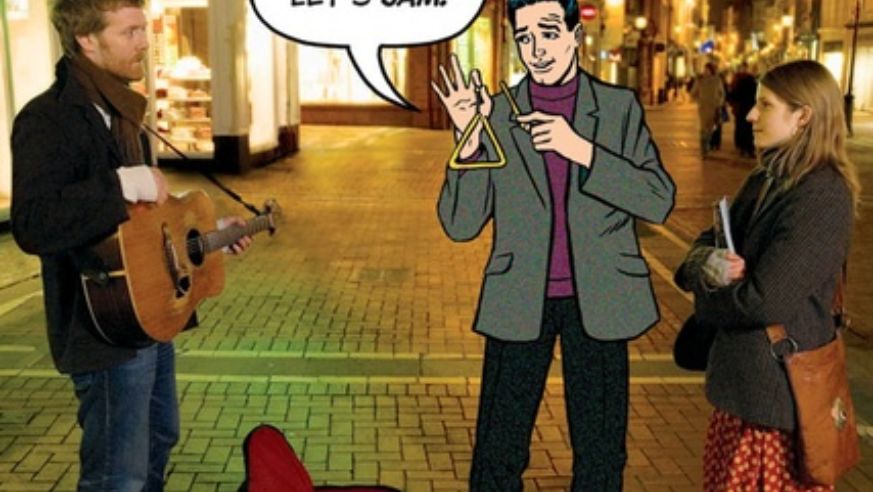 Fox Searchlight Pictures/courtesy Everett Collection, illustration by Mark Zingarelli
Bud Travel gets down with the cast of "Once"

Want to know which opulent Left Bank restaurant was the model for Gusteau's in Ratatouille? The Dublin street where a young Czech pianist approaches an Irish musician in the sweet love story Once? Or the park that Sir Walter (Clive Owen) and Queen Elizabeth (Cate Blanchett) race through on horseback?

Get the scoop on these locations and others where the award-winning films were shot (not necessarily where the stories are set!) by reading our latest Movie Quest installment.

And check out the slide show starring our globetrotter, Bud Travel.

RELATEDStar Maps: Where Celebs Hang Out in L.A. and N.Y.C.