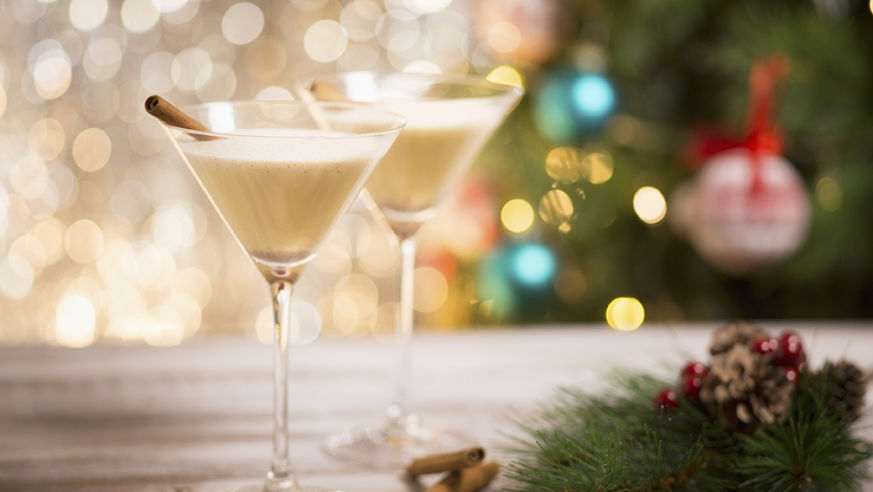 Ever visited London at Christmastime? Then you know that the spirit of Charles Dickens burns brightest during the dark December days that he immortalized in A Christmas Carol. You can't walk the narrow streets or drop into a cozy pub without being transported back to the 19th-century world of Ebenezer Scrooge and Tiny Tim. (If you're headed to the Big Smoke, take an easy, charming "Dickens of a tour" guided by my Happy Birthday, Charles Dickens post from a few years back!)

But along with "Bah! Humbug," and "God bless us, every one," here's a Dickens quote that you don't hear around the holidays but probably should: "The yolk of a new-laid egg, beaten up... with a glass of sound sherry, nutmeg, and powdered sugar." The author was sharing, in his masterpiece Little Dorrit, a recipe for a popular drink of the day known as "flip."

What's the connection between Victorian London and the 2014 holiday season? Well, flip is an early forebear to eggnog. You might say there's no better way to toast the holiday or the New Year than to raise a glass of "nog," a drink that traces its roots to Medieval Britain and happily jumped the "pond" to the American colonies—which had plenty of fresh eggs, milk, and Caribbean rum to go around.

These days, eggnog comes in a variety of flavors, and although good Caribbean rum is still used in several fantastic recipes, it's common to see Kentucky bourbon, European vodka, Canadian sherry, and other spirits make an appearance. Here, some of our favorite glasses of 'nog for your next holiday celebration!

Directions:  Separate eggs into two bowls. Beat yolks until stiff, and beat whites with half the sugar until peaks form. Slowly fold whites and yolks together. Separately, beat cream with almond extract, vanilla and remaining sugar in a bowl until stiff. Slowly fold in cream with egg mixture. Add whisky and stir gently. Refrigerate overnight, or serve immediately into a cocktail, wine, flute or toddy glass and garnish with grated nutmeg and cinnamon.

Directions:  Combine ingredients in a mixing glass with ice. Shake vigorously and strain into a chilled martini glass. Dust with freshly grated nutmeg or cinnamon.

Directions:  Combine ingredients with ice in mixing glass.  Cap and shake.  Strain into graham cracker rimmed martini glass.  Garnish with a sprinkle of cinnamon on top.

Pinch of each ground cloves, nutmeg, cinnamon, and ginger