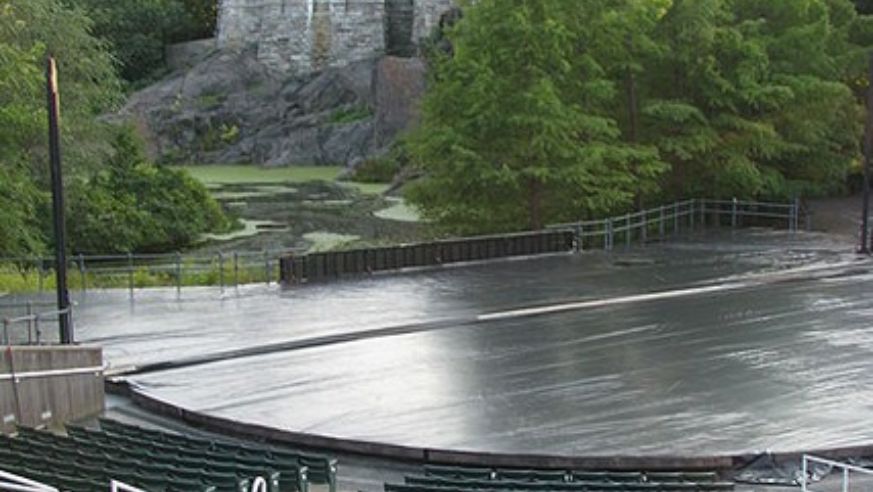 This week marks the start of the 2011 Shakespeare in the Park season in New York City, with free performances of All's Well That Ends Well and Measure for Measure playing through July 30 at the Delacorte Theater in Central Park. Since the program began in 1954, the Public Theater's famous—and famously free—productions have attracted stars like Anne Hathaway and Al Pacino. And all you have to do to snag a seat is wake up early and wait in line. In fact, an online lottery system has made the system even easier—simply sign up, enter the drawing in the morning, and check back at 1pm to see if you've been selected for a free seat for the evening.

But you don't have to come all the way to New York City to see exciting live outdoor theater this summer! Last month, the New York Times compiled a comprehensive lineup of summer theater across the country. Here are some regional standouts from their list:

Othello and Taming of the Shrew

Much Ado About Nothing, Tempest, and Amadeus

Taming of the Shrew, Tempest, Glass Menagerie, and Of Mice and Men

Check here for other shows in your area.

Video: How to Get Broadway Tickets for Less