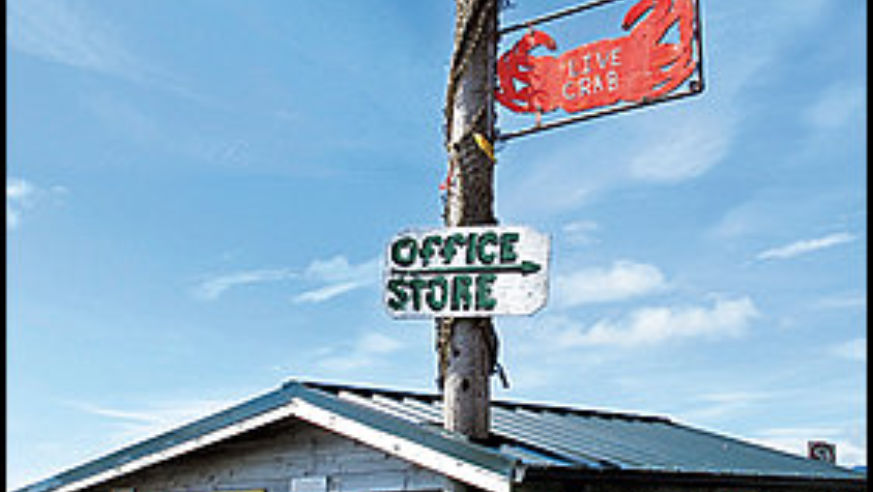 Oregon's coast has always been slightly off the radar, but now its small towns are gaining just the right amount of polish.

There are many reasons to visit Oregon's coast, but Jetty Fisheryisn't usually one of them. At first glance, the tumbledown crab shack north of Tillamook Bay hardly screams out for a stop (27550 Hwy. 101 N., jettyfishery.com, crab from $9 a pound). Add to that the chef, Ron Hall, who, on the day I visited, was stirring a steaming pot while smoking a cigarette. But then you order the Dungeness crab, fresh and perfectly boiled, and any reservations you had fly out the window.

The Oregon coast doesn't have the sex appeal of California or the old-world charm of New England—and that's precisely the point. Pretense doesn't have a place here. Ticky-tacky beach towns and unassuming cottages are scattered between dozens of laid-back state parks. There are no big resorts and no private beaches, just arching bays, spits of sand, clusters of tidal pools, and deep Sitka spruce forests.

I grew up in Portland and visited the coast every summer, but after a decade in New York City, I'd lost any connection with my former vacation spot. Each time I came home, I saw Portland transforming from a second-tier town into a foodie fantasyland for urban expats. Happy as I was to get a decent espresso, I worried that such an evolution might spread to the coast, a place I'd always hoped would remain the same. I set off for the mellowest stretch, the 59 miles between Tillamook Bay and Astoria, directly west of Portland.

Jetty Fishery was my first stop, but Manzanita, nine miles north on Highway 101, was where I expected to start seeing Portland's influence. The 564-person town used to be just a blip on the map; I don't even remember seeing signs for it when I was a kid. Perhaps because of this anonymity, Manzanita has started to draw in creative types, just as Big Sur, Calif., did back in its heyday.

I pulled into town and stopped in front of an idyllic cabin, all front porch, faded shingles, and leaded glass. A guitarist was casually strumming away in the afternoon sun. Down on the main drag of Laneda Avenue, I met Cecily Crow, 26, at Unfurl, a natural-fiber-clothing store that opened in 2004 (447 Laneda Ave., unfurlclothing.com). An aspiring actress, Crow left Hollywood just over a year ago to settle here. "Manzanita is different from a lot of coast towns," she said. "We don't get the random tourists. It's more like an artists' retreat." Sure enough, a few doors away atVino, a wine bar that sidelines as a tapas restaurant (387 Laneda Ave., 503/368-8466, plates from $8), server Julie Yanko explained how Manzanita was better for her as a jazz artist than Portland had been. "We all support one another here," she told me.

North of Manzanita, 101 unwinds like a wire, bending around headlands and plunging into cathedrals of spruce and fir. Empty beaches emerge unexpectedly, the most striking of which is atOswald West State Park(503/368-3575). The sandy stretch has become famous for its protected break, and when I arrived, surfers were wrapping up a midday session, tugging off hoods and wet suits.

If Manzanita is Oregon's Big Sur, then Cannon Beach, 10 miles north, is its Carmel, a warren of Cape Cod–style homes with not a chain store in sight. I breezed into town in late afternoon and headed to the 15-room Land's End Motel(Beachfront at W. 2nd St., landsendmotel.com, from $100). The challenge with Cannon used to be that if you didn't rent a house, your only option was a mediocre motel. The recently overhauled Land's End changed that, and my room, with a fireplace and huge picture windows overlooking the Pacific, was an inviting retreat.

In the early-evening light, I wandered down to Haystack Rock, a hulking 235-foot-tall boulder that ranks up there—geologically speaking—with the Rock of Gibraltar. The waves were coming in small sets, and the sand made arip-ripsound underfoot.

Cannon was pretty much as I remembered it—homespun and occasionally campy—except for one thing: the food. There's still the standard beach fare (smoked mussels, fish-and-chips), but with the arrival of new chefs, from Portland and beyond, items like gourmet pizza and butternut-squash ravioli have started to pop up on menus across town. There's even a cooking school, EVOO, for folks who want to take the taste of Cannon back home (188 S. Hemlock St., evoo.biz, classes from $45). To sample the scene, I stopped into former New York chef John Sowa's 3-year-old Sweet Basil's Cafe for a pulled-pork sandwich and side of homemade coleslaw (271 N. Hemlock St., cafesweetbasils.com, $7).

My final stop was Astoria, Oregon's northernmost town, 25 miles up 101. Set at the mouth of the Columbia River, Astoria was founded as an outgrowth of Fort Clatsop, the settlement established by Lewis and Clark upon reaching the Pacific, and it still comes off as a roughneck port—all 19th-century canneries and working warehouses—albeit spiked with an indie-rock air.

I checked in to the recently renovated Commodore Hotel Astoria, a former seamen's boardinghouse turned 17-room boutique hotel (258 14th St., commodoreastoria.com, from $69), and then took a quick stroll. Boutiques and galleries have sprouted up all over downtown. There's even that requisite Portland import, an artisanal coffeehouse: 7-month-old Street 14 Coffee, attached to the lobby of the Commodore. This all seemed rather familiar and predictably urban to me, but strangely enough, as I lingered over my espresso, I didn't much mind. Even with changes here and there, the coast I loved had somehow overall managed to remain true to itself, while improving in just the right ways.