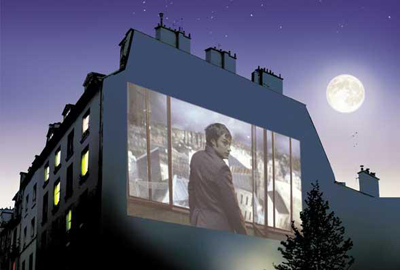 August is an unusual month in Paris because such a large number of local people—including those who run my favorite restaurants—have left to holiday somewhere else. All is not lost, however. Consolation for visitors comes in the form of free concerts, outdoor films, and an urban beach along the Seine.

Free classical music concerts take place every Saturday and Sunday afternoon in the beautiful Parc Floral. This flowering garden inside the Bois de Vincennes (12th arrondissement) is a great place to picnic with friends before and during the performance. Entry to the Parc Floral is €5 ($6.60), but the concerts are free.

This retrospective showing of fashion from designer Yves Saint Laurent has been of the year's most popular exhibits in Paris. This month is your last chance to see the collection of hundreds of gowns, covering 40 years of creation, at the Petit Palais. Avenue Winston Churchill, 8th arrondissement.

The special thing about Clair de Lune is that their films are often screened in strange locations and on the sides of buildings. The shows begin around 9:30 p.m. and entry is free. I've listed a few selections below and you can consult the full program at forumdesimages.fr.

This concert series sponsored by the music retail giant Fnac brings music (and serious crowds) to the banks of the Seine. The big draw for Friday night's show is the English trip-hop musician Tricky, who will perform following the French electro star Uffie and two other supporting acts. The lineup for Saturday night includes Acid Washed, Danton Eeprom, Chloé, Pulpalicious and Mr Nô. Concerts on both nights begin at 5 p.m on the Parvis de l'Hôtel de Ville, 4th arrondissement.

This festival picks up where the Cinéma au Clair de Lune leaves off, screening free outdoor films in the Parc des Buttes Chaumont (19th arrondissement). The format for this one is short films, which are screened each night at 10 p.m. following free concerts that begin around 7:30 p.m.

Plus, a few great summer events still running in August:

There's no better way to chill out in Chicago than by checking out the city's newest public art exhibit, sponsored by ComEd. Chicago-area artists have turned old refrigerators in sculptures that now line the city's popular Michigan Avenue, a.k.a. the Magnificent Mile. Why? For one reason, to help promote local efforts to recycle unneeded refrigerators and freezers. For another reason, Chicago has a history of loving offbeat art projects. A decade ago, the city introduced "Cows on Parade," in which hundreds of fiberglass cows were decorated by artists and put out to pasture all over Chicago streets. The wildly successful project has since been mimicked around the globe. The fridges, on display until September 15, run the gamut from "Running Down, Out to Pasture," which consists of a fridge draped in a combo of greenery, old sneakers, and shoes, and "Recycled VooDoo Retro Rod," a fridge laid on its side and re-envisioned as a hot rod with four wheels, flame paint job, and the face of a zombie on the back. If you can't check out the exhibit in person, or you want a sneak peek before you get the chance to see the funky fridges on an upcoming visit to the city, take a look at Time Out Chicago's Fine Art Fridges photo gallery.

San Francisco is definitely a public-transit town&mdash;if locals aren't walking or biking, they are using the bus or train (anyone who has spent an hour searching for parking will wholeheartedly agree!). The city's easily accessible public transit is a positive for travelers, but understanding the options can be a bit tricky. First, let's wade through the acronyms: BART is our equivalent to the subway or underground, but it's much more basic than New York or London's systems. MUNI, confusingly enough, refers to both the orange city buses and the electric trains that run above and below ground. Then, of course, there are the cable cars, a San Francisco icon. Luckily, once you've figured a few things out, the public transit system is easy to navigate, particularly when armed with a map or a good app (see below). But as with any city, there are certain quirks that can be frustrating stumbling blocks for first-timers. So, here are my best tips to help you get around town like a local. I think the City Pass is a great deal for visitors relying on public transit. The seven-day pass offers unlimited rides on MUNI and the Cable Car (but not BART), plus tickets to the California Academy of Sciences, Aquarium of the Bay, SF MOMA, one-hour trips on the Blue and Gold Fleet cruises (excluding trips to Alcatraz), and a one-day pass to the Exploratorium or the de Young, all for $64 ($39 for kids under 12). Now, for the big question: When do you use BART, and when do you hop the MUNI or the cable cars? Use BART to get to Downtown, Union Square, the Mission, Berkeley, Oakland, and definitely the airport. BART is hands down the fastest way to get around town, but it only runs along one track, so keep that in mind when planning trips. Use MUNI to get to the Haight, the SF Zoo, the Castro, Japantown, and Ocean Beach. MUNI has an extensive network, so there's almost always a bus that will get you where you want to go for only $2. But, orange buses tend to be crowded, particularly during commute times and after-school hours, and there can be unexpected delays. Use cable cars to get to Fisherman's Wharf and the top of Pacific Heights. Or just to be romantic and nostalgic! Things to remember when riding BART The train goes directly to the airport terminal (similar to the Heathrow Express in London). All trains leaving the airport head toward the city, so there's no confusion, even for the most jet-lagged travelers. Best of all, it's only 30 minutes and $8 from the airport to downtown. Always hold onto your ticket&mdash;you need it to get both in and out of the station. You can "add fare" to your ticket at your destination before you exit, but those machines won't take any bills over $1. But all other machines accept debit cards as well as change and bills under $20. Trains stop running around midnight, so keep an eye on your watch, particularly if you are going to the East Bay or the airport. The last train from SFO is at 11:45 p.m. Unless there is an unexpected emergency, BART runs like clockwork, so check the schedule for train times. This is especially on Sundays and late nights, when there can be 20-minute waits between trains. Rides within the city are $1.75. Outside the city, prices range depending on the length of the trip. You can put any amount on your ticket and use it over time, but each traveler needs his or her own ticket. Things to remember when riding MUNI You can use both $1 bills and change on the buses and trains. Each ride costs $2. If you're the only one at the bus stop, you have to "hail" the bus; it'll only stop when someone is signaling to get on or off. Trust me on this&mdash;I can't tell you how many buses I missed when I first moved here! To open the door from the inside of both MUNI buses and trains, you have to step down the stairs, and then push down on the handle. Likewise, don't stand on the stairs if you aren't getting off; the bus or train can't leave if you're in the way! The same transfer tickets work on both the buses and the trains. Don't let these go,&mdash;transit police conduct random searches. It might be obvious, but when you are standing on a crowded bus, always move to the back. You will get fewer stink eyes from locals if you do this simple courtesy! Buses don't always stick to schedule, but many bus stops have a "next bus" sign that relies on GPS. For other stops, you can call 511 for the info, or get really tech-happy and download the Nextbus app on your iPhone. (see below) MUNI is the most-used form of transportation for locals, and thus it's the best way to get a "real" view of the city, both by staring out the window or by observing your busmates. There are some real characters. Check out locals' stories about their most outrageous MUNI experiences. Apps and helpful websites There are numerous apps to help you get around town, but the best are iBART Live ($4.99) and iCommute SF ($2.99). Both offer GPS information for the closest stops near you and can map out your trip step-by-step. With real-time arrival info for buses and trains, either app is worth the extra few dollars. I also like 511.org, HopStop.com, or sfmta.com to map out a trip. EARLIER For more tips, check out our cable car Q&A; with a Leonard Oats. 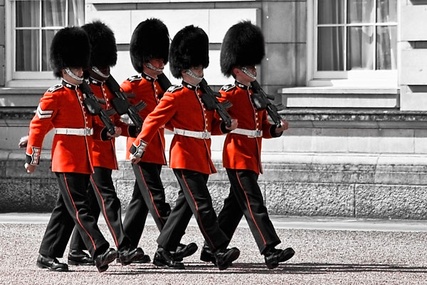 London: Buckingham palace opens its doors for the season

Visit the British Queen's residence on the Royal Day Out ticket, now available for visits through October. Buckingham Palace is one of the last remaining working Royal Palaces in the world. It's been the official home of British kings and queens since 1837 and is stuffed with treasures acquired at the height of Britain's imperial power. The palace is only open to visitors in the summer. Since July 27th the special "Royal Day Out" ticket has been available, giving access to the State Rooms (where the Queen greets foreign presidents and dignitaries and throws lavish banquets), the Royal Mews (the Queen's stables which houses the magnificent royal carriages) and The Queen's Gallery (currently showcasing paintings and works of art from Queen Victoria's personal collection.) Other of the furnished rooms visited on this ticket are hung with paintings by Europe's finest artists, including Rembrandt, Rubens, Vermeer, Poussin, Canaletto, and Claude. Royal Day Out ticket prices are as follows: $47.50 (adult), $43 (Over 60s and students with photo ID) and $27 (Children under 17). A family ticket (2 adults, 3 under 17s) costs $124. Children under 5 enter for free. From the 27th July the palace is open daily, 9 to 5:30 (last admission 4:30). Tickets are available at the palace door. For more information see royalcollection.org.uk or phone (011-44) 20-7766-7301. EARLIER London: Stylish, affordable hotels, from $87

What are the world's most beautiful lakes?

We've taken our shot at naming the World's Most Beautiful Lakes, but we know that the topic is bound to generate some discussion. None of the Great Lakes made the cut, for instance, and neither did some of the more obvious choices like Italy's Lake Como (we preferred nearby Lake Garda). So here's your chance to make your case: Which gorgeous and photogenic bodies of inland water would you have included?