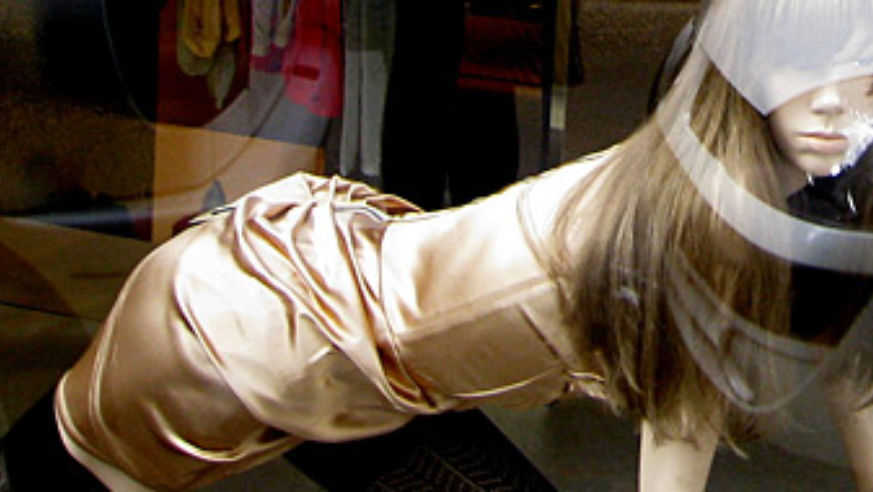 Some say that Paris's "center of the fashion world" title was largely earned in earlier decades and is no longer true. Yet the French capital is still a major shopping destination. The action isn't clustered on the Champs-Elysées, either—despite what the guidebooks may lead you to believe. Boutiques are scattered around the city in every arrondissement. A few streets, however, have emerged as serious attractions, offering shoppers with limited time (or endurance) a concentrated selection of beautiful things. Today we're looking at the Rue Charlot in the haut (upper) Marais.

Translating loosely as "clown street," the Rue Charlot takes its name from the acrobatic show Cirque d'Hiver at the northern end, just a few steps away from the République Métro station. Like the circus, the street is a destination for fans of daring and playful expression. The independent labels on the rue Charlot put out rebellious and original designs that you won't find in any other quarter.

Start your visit at Surface to Air (68 Rue Charlot). This collective, known informally as S2A, produces men's and women's fashion along with music videos and advertising. Within a stark and polished shop, you'll find DJs and their hangers on perusing the graphic tees and tailored suits.

Just next door, Corinne Cobson (66 Rue Charlot) continues the rock vibe, serving up black and red designs in a space that's decorated with records and chains.

Emerging designer Valentine Gauthier has just opened up her first Paris boutique at 58 Rue Charlot. Her designs are a bit less flashy than those of her neighbors and understatedly feminine.

Across the street, La Boutique Farida (61 Rue Charlot) carries major labels like Vivienne Westwood. Grab something you can't afford and try it on for fun in the oversized bird cage-shaped dressing room.

Further down the street, window at Gaspard Yurkievich is full of saucily-posed and often crawling mannequins (43 Rue Charlot). Like Corrine Cobson up the street, his designs are very rock and roll.

Finally, the shop attracting the most "window lickers" is at 29 Rue Charlot. Pring, which takes its name from designer Pring Chindahporn, is full of traffic-stopping shoes that have recently been splashed across the pages of major fashion magazines. It's worth a look, even for those who (like me) could probably never pull off snakeskin sandals with three-inch heels.

When you're all finished, the Café Charlot, at the corner of Rue de Bretagne, is a seriously gorgeous place to have a drink. They also have free Wi-Fi, in case you need to check your diminishing bank balance back home.

Paris: Where to find lovely crêpes

Paris's best bargains are found at its summer secondhand sales. We tell you where they are.