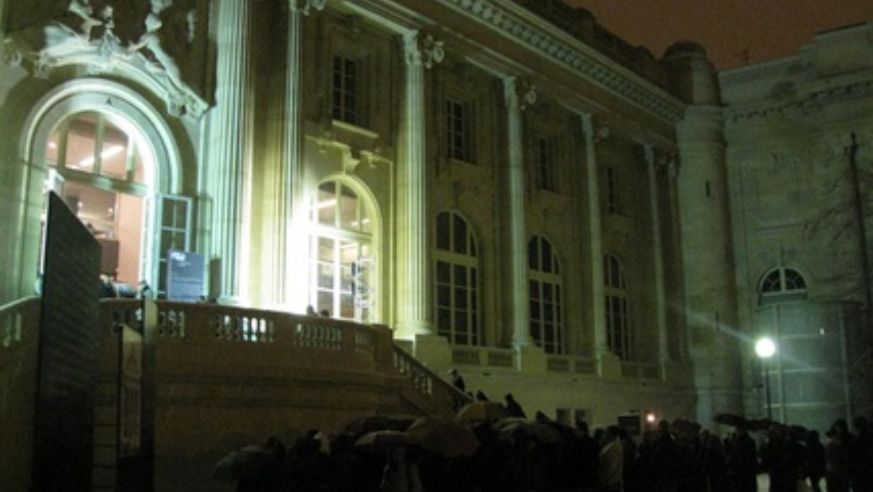 You shouldn't visit Paris and rely on guidebooks alone. You also need to consult a local arts and entertainment guide, such as Time Out Paris, to find out about affordable activities that give you a true slice of local life.

Take, for instance, a stunt recently pulled by the Grand Palais, the national art gallery.

During the last four days of its hit exhibition "Picasso and the Masters," it opened its doors around the clock. Art lovers, scenesters, and insomniacs could stare at gloriously painted canvas no matter the hour.

There was a run on tickets, and the only open slot I could nab was pre-dawn on a Monday morning. The subway being closed, I took a taxi across the silent city to arrive at 3:45 a.m. Snow was falling lightly as I joined the line with hundreds of well-groomed Parisians. Despite the hour, the majority had silver hair and whispered as if they were in church. I, on the other hand, was grinning like a child, just barely containing my excitement over this crack-of-dawn spectacle.

The works themselves were impressive—Picasso surrounded by influences like Goya, Valasquez, and Delacroix—but it was the possibility of traipsing through the Grand Palais at 4 a.m. that really sold me on the show. This beautiful Beaux-Arts building was constructed for the Paris Exhibition of 1900, and boasts a stunning ceiling made of glass and steel.

Since reopening in 2005 after a twelve-year restoration, the Grand Palais has hosted one punchy event after another, including fashion shows and expos that mix art and street theater.

I can't wait to see what kind of spectacle is organized for their next big exhibition on Andy Warhol (March 18–July 13). I'm hoping for kitschy cocktails, pop-art snacks, and another very, very late night.