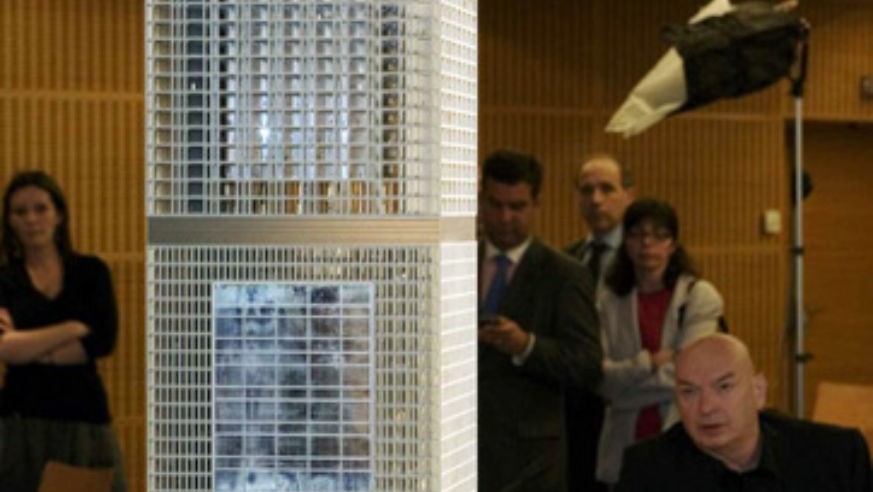 Courtesy BD: The Architects' Website
In Paris, a model of the Signal Tower is displayed

Paris is buzzing about the decision to build the Signal Tower, a skyscraper resembling four stacked cubes, in the central La Defense district.

The tower will climb 71 stories high, just shy of the peak of the Eiffel Tower, according to news reports.

It's set to open in 2015, says the International Herald Tribune.

Hunter Walker at Jaunted helpfully notes: "The only other seriously tall building in the city is the Tour Montparnasse, which isn't much more than a big, ugly, black box."

MORE ON PARISThis Just In