Paris: Mama's roof is on fire!

Beginning tonight, the incredible value Mama Shelter hotel will begin hosting weekend BBQs up on their roof. The menu is a bit pricey—dinner for two will cost as much as your room—but this is a good chance to mingle in the open air with a hip eastern Paris set. It also happens to be one of the few tasty dining options close to the Père Lachaise cemetery.

Superchef Alain Senderens won't exactly be manning the grills, but the rooftop menu reflects his hand in the hotel restaurant downstairs. On the menu for €39 ($54) a basket of crudités, lentil salad, grilled kebabs of beef, chicken and fish, lamb chops, potatoes, sorbet, watermelon and other seasonal fruits. Drinks not included. Lunch is served on Saturdays from 12–4 p.m., and dinner on Thursday to Saturday from 7–11 p.m.

It sounds pretty fun, but here's the serious budget strategy: stay in the hotel—summer rooms start at only €89 ($125)—and bring your own bottle of rosé up to the roof. Pretend that you're waiting for your party to arrive while reveling in the buzzy scene. Finish your drink, then head off to dinner at Frenchie! 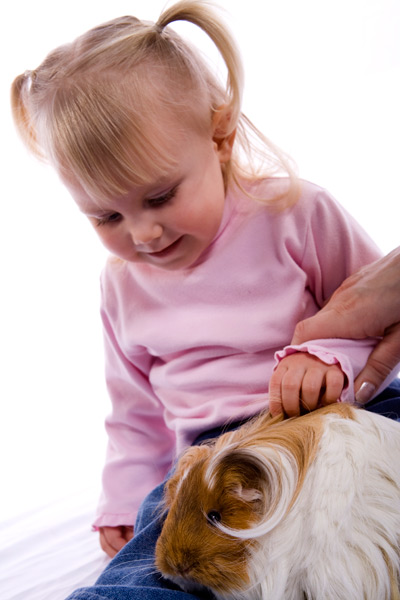 Just in time for Father's Day, Ohio's Toledo Zoo today opened its cutting-edge redesign for a children's zoo: Nature's Neighborhood. Open year-round and free with regular zoo admission, Nature's Neighborhood helps kids learn about animals and nature while they play games, often mimicking the actions of the very animals they're studying. A classic example: At the new Guinea Pig Exhibit&mdash;the zoo believes it's the largest in the world&mdash;kids can watch the little creatures go up and down little slides. Next to the exhibit is a kid-size slide for the little ones to play on. At Home Sweet Home, set up like a real house, kids learn all about taking care of household pets, with dog, cat, and bird training demonstrations and the chance to see zoo staff making treats for their furry pals. The kitchen features a "catwalk" above the cabinets where felines can roam&mdash;and hide inside the cabinets when they want privacy. In the "bedroom," kids can hold and learn how to groom guinea pigs and also dress up in face paint and costume likenesses of their favorite animals, including birds and zebras. Keep an eye out for the special bookcase, which slides aside to reveal the secret passageway to the Forest. There, kids can learn all about insect hierarchy by dressing up like worker and queen bees, and gardener and soldier ants. Then they can experience the creatures' habitats by crawling in and out of a giant honeycomb and up and down a kid-size spider web. There's also an aviary, with a special branch that's half inside the aviary and half outside it, allowing children to sit on the same perch as the colorful birds. Outside, there's the Backyard. Kids can splash around in the stream and test different materials to see what works best to dam up or divert the flow of the three-inch-deep water (don't worry, it's pool-quality water). At the nearby beach, kids can put on "animal feet" and make deer, raccoon, and duck tracks in the sand. At the gift shop, KC's Corner Store, kids can "Build a Conservation Animal." Similar to Build-A-Bear Workshops, only focusing on animals that the zoo is working to save through conservation efforts, the store allows kids to create their own polar bears, penguins, cheetahs, and more&mdash;with a portion of proceeds benefiting the zoo's conservation program. Zoo admission is $11 for adults and $8 for kids; visit on Father's Day and dads get in free with their children. And if you're into zoo babies (who isn't?), the Toledo Zoo in April welcomed a newborn white-naped crane. Zoo Babies 2009! Vote for your cutest baby

We've been asking top guidebook writers for their tips on alternatives to well known tourist attractions. Today's expert is Rob Humphreys, author of The Rough Guide to London. The principal residence of the British monarchy, London's Buckingham Palace has terrible queues for visitors as it's only open to tours on selected days in the summer. It's expensive. Plus, it is architecturally undistinguished. Instead, go to Hampton Court Palace, by far the best of the royal palaces. It's got much more going for it: Top-notch Tudor &amp; Georgian architecture (by Christopher Wren himself), much more history (think Henry VIII and his six wives), a vast art collection, beautiful gardens, and a maze. hrp.org.uk/hamptoncourtpalace. Tip: Travel there as the royals used to by catching a boat from central London. About &pound;15, or $25. Note: Neither Rob Humphreys nor his publisher nor Budget Travel is criticizing anyone for visiting Buckingham Palace. Everyone agrees you can have fantastic experiences there. All we're trying to do here is recognize that&mdash;under some circumstances and for certain types of travelers&mdash;other attractions may have their own appeal and provide comparable experiences. If you prefer to visit Buckingham Palace, the Changing of the Guard is famous and quite a spectacle (with furry red hats and lots of pomp), but it is also always crowded. So be sure to come early to get a good viewing spot. The event starts at 11:30 in the morning typically, but check the schedule in advance. To visit the gallery and mews or for taking a guided tour, be sure to have cash on hand. Prices here. A tip: In the shadow of Buckingham Palace is St. James Park, with free concerts and book readings in the summer (tube stop: St James's Park). MORE Hotel recommendations for London from Budget Travel (Add your own reviews and ratings!) EARLIER ON THE BLOG Better than Stonehenge? 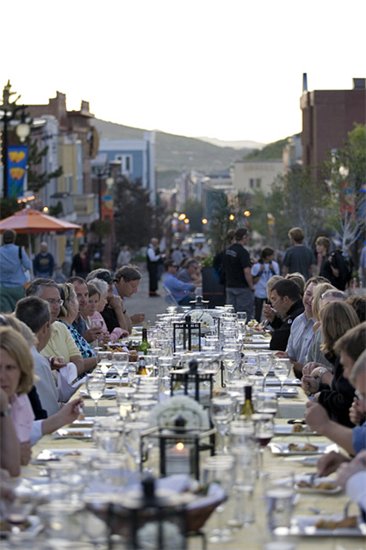 Dining al fresco on a warm summer evening is a real treat&mdash;especially when you're dining in the middle of Main Street. The second annual Savor the Summit event in Park City, Utah, will shut down traffic along Main on Friday night, making way for The Grande Table. More than 20 restaurants will serve special menus. Free live music will play in seven spots. Last year, about 600 people participated. While in Park City, take advantage of free gallery events and street dancing&mdash;with bands like New Voodoo Swing scheduled to play, you know there will be impromptu dancing&mdash;plus, there's a beer, wine, and cocktail tent open to the public with drinks for purchase. Reservations are still available at a few of the restaurants. The forecast? Sunny and 70 degrees Fahrenheit. Call 435/565-3812 for more information.

Today is the start of our series of interviews with the world's top guidebook writers. We're asking each writer a single question: "Think about a famous tourist attraction. Now what would you recommend as an alternative? With any luck, each answer will surprise and enlighten you. But don't get us wrong. These guidebook writers (and their publishers) are not dismissing any attraction that's rightfully famous. Everyone agrees you can have fantastic experiences at well known attractions. All we're trying to do here is recognize that&mdash;under some circumstances and for certain types of travelers&mdash;lesser known attractions may have their own appeal, offering comparable experiences. We begin our series with Stonehenge&mdash;a set of massive rocks arranged in circles between 3,500 and 5,000 years ago. We asked Anto Howard, co-author of Fodor's Ireland 2009. Here's what he had to say: Newgrange in Ireland (about an hour north of Dublin) is believed to be at least 500 years older. It's also a more impressive feat of engineering. The passage tomb is combined with an extraordinary astronomical machine to perfectly filter and amplify the few precious moments of dawn light on the winter solstice every year and cast them upon the ashes of the dead. The sunlight at dawn on that day is deflected by the exact design of the passageway and floods the burial chamber in the most perfect golden light, weather permitting. Here's the kicker&mdash;unlike at Stonehenge, where officials prohibit up-close encounters (with rare exceptions), at Newgrange you, the visitor, can go right into the heart of the tomb itself. At Stonehenge you're an awed spectator, at Newgrange you're an awed participant. Both places are man made, but the Irish alternative is certainly a more intricate and complex construction. Tip: Go near the winter solstice to feel the mystical effects. (The next one is December 21.) There are fewer visitors in the off-season. If you want to enter on the solstice itself, though, you'll have to enter a lottery, which you can do by visiting the office that's on the grounds of the site. For more info, see Newgrange's official website. Prefer an alternative to Stonehenge that's in England itself? Don't miss Avebury, about 25 miles from Stonehenge. It has its own group of impressive earthworks and megalithic monuments. In fact, the entire town&mdash;pub and all&mdash;sits within an ancient stone circle. Rather visit Stonehenge anyway? A guided day tour from London run by Stonehenge Tour Company has a starting price of $110. You'll save a bit of money by hopping the hourly rail service from Waterloo Station to Salisbury (90-minutes each way, $45 round-trip, off-peak, nationalrail.co.uk). From there, a 10-mile taxi ride to Stonehenge costs roughly $30; the bus (route 3) is about a third of that price. General access costs about $10. (For more info, visit this Stonehenge website.) Feel free to chime in with your own thoughts by posting a comment below. MORE FROM BUDGET TRAVEL Better than Buckingham Palace? [Link added to this post on June 18] Advice on seeing Dublin on the fly this summer Dublin, Air/4 Nights, From $399 A short getaway to the Irish capital, where you can visit ancient castles and St. Patrick's Cathedral, sample Guinness, or explore the lush countryside.