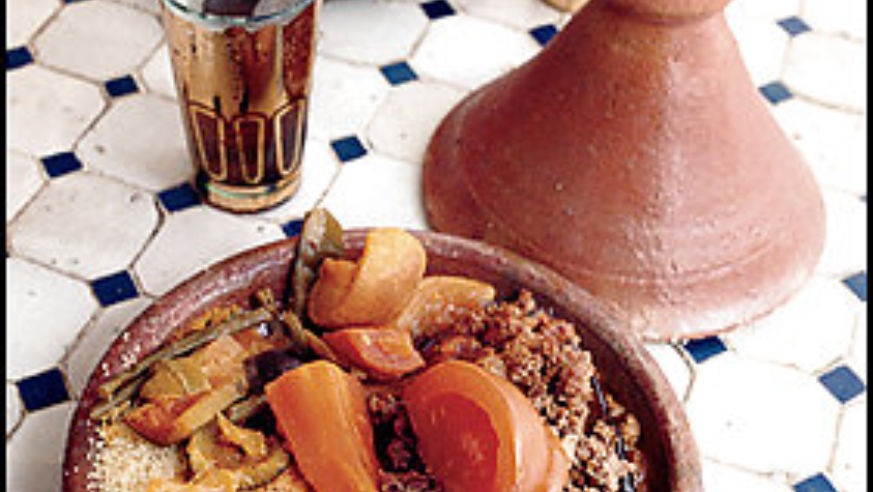 It's easy enough to find your average bistro in Paris. The challenge is discovering those off-the-radar spots that locals keep to themselves. Clotilde Dusoulier leads us to seven restaurants that are destinations in their own right.

14TH ARR. LA CANTINE DU TROQUET
Chef Christian Etchebest first wooed audiences at his Montparnasse restaurant, Le Troquet. His latest venture opened last year and is more casual, with wines starting at $10.50 for a half liter, a menu written in schoolboy cursive on a six-foot-wide chalkboard, and simple specialties such as oeuf-mayo (similar to a deviled egg), Bayonne pork belly, and cherry clafoutis—all fairly straightforward, but as conceived by Etchebest, extraordinary.

3RD ARR. MARCHÉ DES ENFANTS ROUGES
Paris has plenty of food markets, but this one—nearly 400 years old and named after the children of a nearby orphanage who wore red uniforms—stands apart for its array of international dishes. Choose from Moroccan, Mediterranean, and Japanese fare, and then grab a seat at one of the many indoor picnic tables.

FIND IT In the middle of the northern section of the Marais, a 15-minute walk from Centre Pompidou. Métro stop: Filles du Calvaire. 39 rue de Bretagne, closed Sun. dinner and Mon., from $13

13TH ARR. CHEZ BLONDIN
When a noodle joint in this building closed two years ago, the chef, Blondin Cissé, convinced the owners to open a restaurant featuring dishes from his native Senegal. Now, boho-chic Parisians flock here for the poulet yassa (chicken and onion stew) and bissap (a drink made from steeped hibiscus).

4TH ARR. LES CôTELETTES
Wedged into a blind alley in the Marais, this 45-seat bistro, with its stone walls and exposed-beam ceiling, is as cozy as they come. The menu is a virtual map of France. The asparagus tips, which are sprinkled with chive flowers grown in the chef's garden, come from Provence and the Loire Valley, and the cheeses are from the small town of Machecoul, near the coast in western France.

9TH ARR. SUPERNATURE
The natural-food scene in Paris is casting off its hippie vibe, and this pocket-size hotspot—12 tables inside, four outside—gives a taste of what's on the horizon. Run by Severine Mourey, a former Air France flight attendant, Supernature attracts regulars for its signature cheeseburger on a sesame bun and for its Sunday brunch: baked eggs, muesli, wheatgrass shots, and galette de goumeau, a pancake flavored with orange-flower water.

9TH ARR. LES PÂTES VIVANTES
Passersby often stop in their tracks at the sight of Xiao Rong Coutin hand pulling wheat noodles in the window of this Chinese snack shop. The place is small and the staff nonchalant, but all is forgiven when your steaming bowl arrives. Be sure to slurp the noodles whole. They're a symbol of long life—to cut is to ask for bad luck.