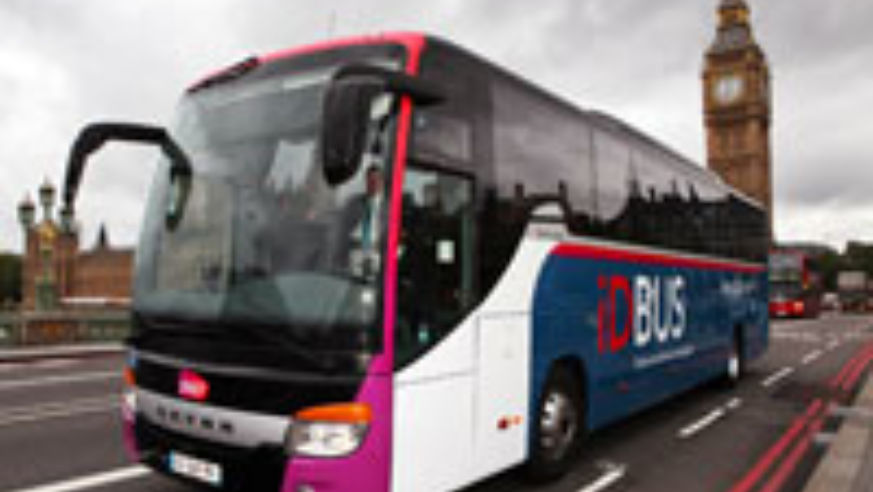 It hasn't only been the United States enjoying a renaissance in intercity bus service. Europe is also seeing a rise of carriers such as Megabus, with cheap fares and fancy new buses equipped with Wi-Fi, electrical outlets, and plusher seats.

In the past few months, the route between Paris and London has been experiencing a boom in fancy, yet still affordable, coach service. Ticket prices are usually $70 one-way or less, cheaper than flying or taking the Eurostar train, though you have to be patient: the journey typically takes about nine hours.

Some bus lines use the Eurotunnel vehicle shuttle service (meaning the bus sits on a train car, essential), while other lines requires a trip on a ferry, which gives a mid-way break for walking around and catching some air.

A typical peak-season summer ticket will have a standard price of £47, which at current exchange rates is $70, for most days and times. Occasional peak season tickets will max out at £60 or about $93.

Those bus ticket prices are consistently less than the comparable Eurostar train ticket cost which is about three times as much ($173 one-way) during peak summer travel. British Airways flights are slightly faster than in the train in the air, though slower once you add in time at the airport, and cost about $140 one-way when booked in advance.

Another perk: Optional night bus service also allows you to skip on the cost of lodging for one night.

Here's a round-up of the new bus service between London and Paris.

Where does it stop?: In Paris, it is the Paris Bercy station, two miles southwest of Notre Dame Cathedral. In London, the stop is at a sheltered waiting area at London's central Victoria Coach Station (a major bus terminal that's a five minute walk from Victoria rail station and Buckingham Palace Gardens).

Nice touches: You can choose your exact seat assignment on each 48-seat bus, seats come with reading tables similar to a tray, and each bus comes with two screens showing the bus's updated arrival time based on its GPS-coordinates.

Promotions: Starting July 11, the website will give away one-way tickets for only five euros each that need to be used by the end of the year. This promotion should cover a third of the capacity of coaches. The company will also run a buy-three-seats-get-your-fourth-seat free offer, which are best for families.

In April, the bus company Stagecoach launched the same Megabus service that's conquered the US on the route between London and Paris; the journey can cost as little as $4 one way if you book a ticket during an online sale. The highest one-way fare is £40, or about $62.

Where does it stop? London's Victoria Coach Station and Paris's Porte Maillot coach park, about eight miles from the centre, yet on the Metro subway line.

Nice touches Video screens and free headsets for passengers who want to watch movies without disturbing other passengers. The 50-seat, double-decker buses also come with WiFi and power outlets at seats.

Promotions Periodic one-pound tickets between London and Paris. Sign up for the e-mail newsletter.

Onward connections There's a growing route network in Europe (go onward to Brussels or Amsterdam) and an extensive map covering dozens of cities in the UK.

The granddaddy of cheap coach travel across the Continent, Eurolines continues to have the most extensive network, the lowest fares, and the longest track record. It is not one company but an alliance of coach operators who synch up their timetables. On the Paris and London route, fares as low as $30 roundtrip.

Where does it stop? London's Victoria Coach Station and its own station about four miles northwest of Notre Dame Cathedral. Alternate stop is Charles de Gaulle Airport.

Nice touches: Skip the ferry! Most Eurolines schedules from London to France use the Eurotunnel vehicle shuttle service. Free Wi-Fi is included on the London and Paris route.

Promotions: Get a pass! Eurolines Pass prices start at €205 (about $252) for adults for 15 days of unlimited low-season travel between major cities in two dozen countries. You could travel from Dublin to Bucharest if you wanted. Much cheaper than the comparable Eurailpass. Youth (under age 26) and seniors can get a discount of about $50

Choose iDBUS for the most comfortable ride.

Choose Megabus for the best on-board entertainment and comfort for the money.

Choose Eurolines for the most frequent schedule and onward connections.