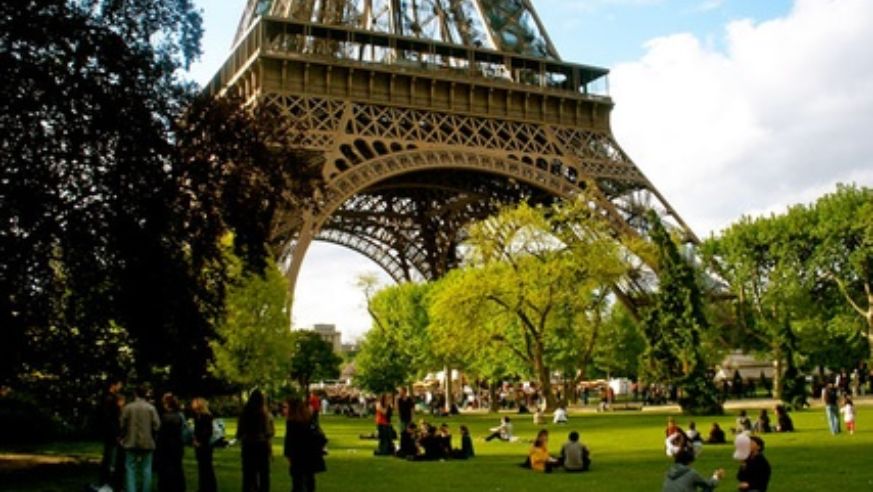 The only thing better than visiting Paris is being able to enjoy free events in Paris. Here's a round-up of activities for the cozy month of November.

The city's wildest, hilliest park is exploding with autumn colors right now. Take an exhilarating urban hike around the the park's lake and cross the newly reopened suspension bridge to reach the waterfall. If that works up an appetite, you can stop inside the park at Rosa Bonheur, which has recently transformed from a simple drinks place to a full-on (affordable) restaurant. Parc des Buttes Chaumont, 19th arrondissement.

Dysfashional exhibition at the Passage du Désir, (through November 29)
This free art show has lured some of fashion's most cutting-edge designers into a pop-up exhibition space near the Canal Saint-Martin. Works from Pierre Hardy, Maison Martin Margiela, and Gaspard Yurkievich are displayed until the end of the month, when this show packs up and heads to Berlin. Passage du Désir, 85-87 rue du Faubourg Saint-Martin, 10th arrondissement, 011-33/1-56-41-36-04

The author of the popular Chocolate & Zucchini site (who has written for Budget TravelParis Tasting Tour and the aptly titled "My Paris Is Better Than Yours") will be celebrating her 6th "blogiversary" and discussing the editorial work she did for I Know How to Cook, the bible of French home cooking by Ginette Mathiot that was just released in the U.S. The food-love fest will begin at 7 p.m. WH Smith, 248 rue de Rivoli, 1st arrondissement, 011-33/1-44-77-88-99.

The author of the international bestseller Reading Lolita in Tehran will discuss her new book, Things I've Been Silent About. The memoir presents Nafisi's personal story about growing up in Iran against the background of her country's political revolution. The reading will begin at 7 p.m. Village Voice Bookshop, 6 rue Princesse, 6th arrondissement, 011-33/1-46-33-36-47

Michael Schuermann, the author of Paris Movie Walks, will lead a free tour of his favorite cinematic haunts. The walk will explore Notre Dame Cathedral and the Rive Gauche, with Schuermann describing classic films such as An American in Paris, A Bout de Souffle, and Before Sunset (which was partly shot at Shakespeare & Company) The walk will begin at 4 p.m. at the bookstore and will last for 60 to 90 minutes. Shakespeare & Company, 37 rue de la Bûcherie, 5th arrondissement, 011-33/1-43-25-40-93.

The Flèche d'Or, before it closed in early summer, was every broke music lover's best friend. After months of sound-proofing, the city's best free venue will reopen, only not exactly for free. Entry for the first show—Evan Dando from the Lemonheads, Chris Brokaw, and others—will cost 8€ ($12), but that includes one free drink. Subtracting the 6€ cost of the drink, that makes the entry almost free… at least close enough to qualify for our list. La Flèche d'Or, 102 rue de Bagnolet, 20th arrondissement.