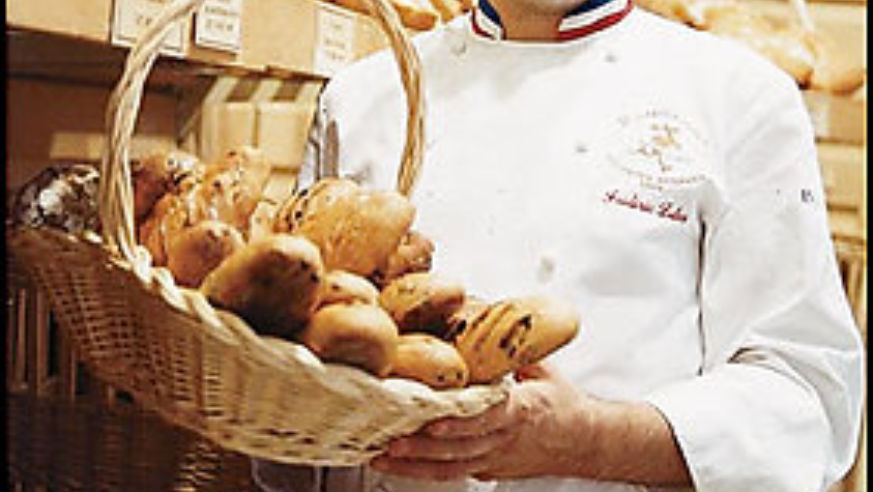 Believe it or not, the humble baguette was headed for extinction not long ago. In the 1960s, boulangeries scrapped old-style methods in favor of industrialized baking, and the bread lost its flavor.

But the French came to their senses by 1998. It's now against the law for a boulangerie to make bread by machine (it must be mixed and baked on-site) and good loaves are once again on the rise. In Paris, there's even a Grand Prix de la Baguette to name the best of the year.

At most boulangeries, the least expensive baguette (often referred to as ordinaire and costing less than a euro) will not reflect the full talents of the baker. Spring for a baguette traditionelle or any of the house's other special loaves. Here are five places to get the very best.

A block west of the Jardin du Luxembourg, Bread & Roses is well-known for its celeb clientele. (Among the frequent customers are actress Catherine Deneuve and designer Inès de la Fressange.) But the nearly two-year-old organic boulangerie is also making a name for itself with its Puissance Dix baguette ($2). Literally translated, the name means "the power of 10," a reference to the 10 flours--including chestnut, buckwheat, corn, and rye--incorporated into the dough. 7 rue de Fleurus, 6th arr., 011-33/1-42-22-06-06. Métro: Notre-Dame-des-Champs.

In the shadow of the Eiffel Tower, Le Quartier du Pain turns out eight different kinds of baguette--some flavored with olives, herbs, or bacon--six days a week (closed Sundays). In 1997, master baker Frédéric Lalos--just 26 at the time--was named one of the best bakers in France. Before Lalos mixes sunflower, flax, and sesame seeds into the dough for his Baguette Céréale ($2), he toasts them, to bring out maximum flavor. 74 rue Saint-Charles, 15th arr., 011-33/1-45-78-87-23. Métro: Charles-Michels.

At Le Moulin de la Vierge, a boulangerie housed in a mill built in 1356, Basile Kamir bakes his baguettes in an antique wood-burning oven out back. In 1975, when he bought the place, Kamir introduced his clients to sourdough, a leavening agent now used in an organic wheat baguette called the Flute Bio ($1.75). It's the perfect foil for the artisanal fig, raspberry, and clementine jams from Burgundy ($6.25) that are also sold on the premises. 105 rue Vercingétorix, 14th arr., 011-33/1-45-43-09-84. Métro: Pernety.

The whole-wheat La Monge baguette ($1.25) is the most popular loaf at Eric Kayser, a chain of boulangeries with eight locations in Paris, including the original on rue Monge. The baguette takes 12 hours to produce and uses a secret blend of flours. The La Monge can be found on some of Paris's top tables, including upscale bistro Dominique Bouchet. 8 rue Monge, 5th arr., 011-33/1-44-07-01-42. Métro: Maubert-Mutualité.