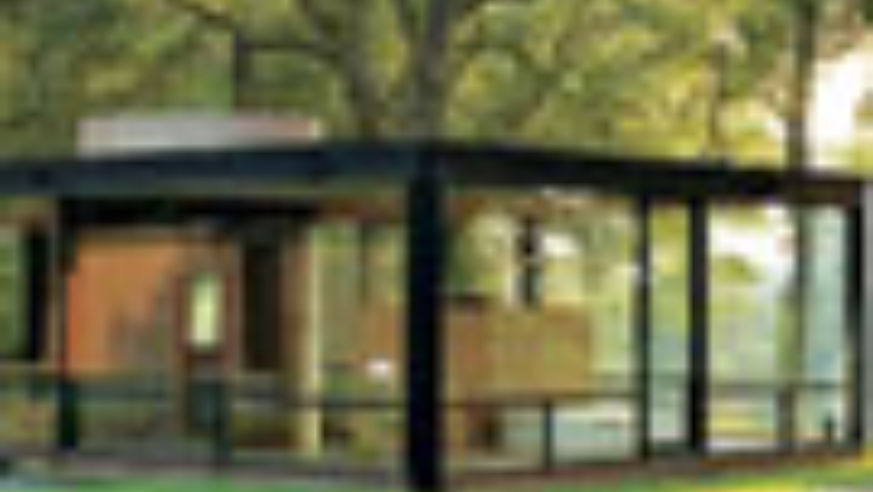 An icon of modern American architecture opens to the public for the first time. Bring your own Windex.

Philip Johnson's Glass House in New Canaan, Conn., has been a pilgrimage site for architects, collectors, and designers for more than 50 years.

Now, following the architect's death in 2005 at the age of 98, his home--one of the most iconic private residences in the world--is opening to the public. Johnson himself helped convert the 47-acre estate into a landmark after bequeathing it to the National Trust for Historic Preservation in 1986. He even designed a new front gate and a visitors center.

Built in 1949, the minimalist home is constructed of glass and supported by steel beams. There are no interior walls to block the panoramic views. "From one side of the house you see the moon rise, while from the other you see the sun, both at the same time," Johnson once said.

There are more than a dozen other structures on the property, among them a subterranean art gallery (housing a series of portraits of Johnson by Andy Warhol) and the Ghost House, made of chain-link fencing (a tribute to fellow architect Frank Gehry, who's known for his use of unorthodox materials). "It's a series of buildings showing the innovation of American architecture," says Christy MacLear, executive director of the estate.

The Glass House opens to the public in April with a limited schedule; when regular tours begin on June 23, there will be six 10-person tours each day: five 90-minute visits for $25 and one 2-hour visit for $40. Reserve a spot at philipjohnsonglasshouse.org.