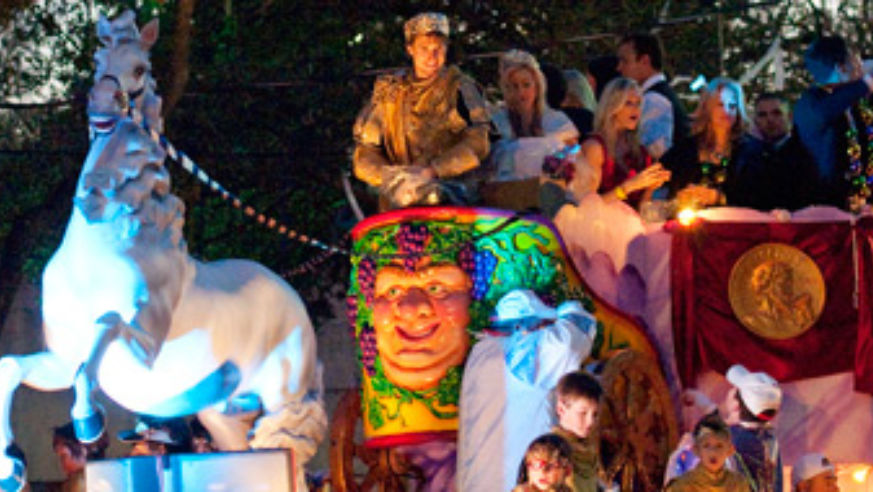 New Orleans is on a roll! Fresh off the Saints' first-time win at the Super Bowl—which got its own raucous parade last week—came Mardi Gras, still America's craziest street party.

We sent photographer Michael Mohr out to capture the wild costumes, impromptu parades, and energetic, bead-hungry crowds. See the results in our slide show, and look out for photo #9 of couples in clothes and hats made with iconic plastic beads and doubloons.

Michael grew up in New Orleans, and one of his fondest memories, as a boy at Mardi Gras, was getting a prized Zulu coconut. His family and friends lined up along parade routes each year as early as 4 a.m. to claim their territory. They came prepared with tons of food: red beans and rice, Zapps potato chips, jambalaya, beer, and two boxes of Popeye's fried chicken and biscuits.

"There is an energy about Mardi Gras that is beyond explanation," Michael wrote me. "You have to be there to feel it and understand it." True, but his photos get you close!