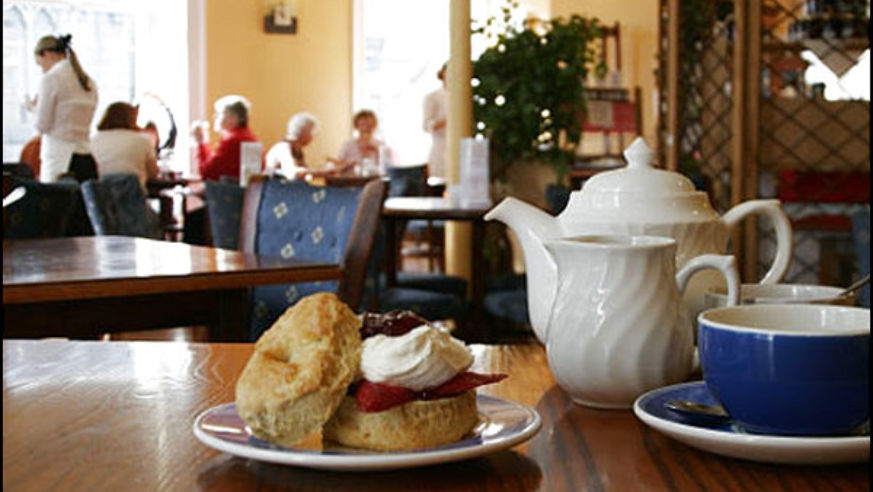 A how-to guide to teatime in England.

Afternoon tea, generally taken between 3 p.m. and 5 p.m., is a traditional meal that reached its heyday in England during the Victorian era and remains a part of British culture to this day. All the same customs apply whether you're taking tea in a restaurant or in a private home (although the rules are less rigid in modern times). The focus is on presentation and conversation, not food or drink. If you dine out in London or a posh country manor, expect to pay approximately $30 per head for tea and a fixed spread.

Asking for anything herbal or fruity will result in strange looks at your table. Classic British choices are China (weak with lemon) or India (with milk); if you want something stronger, ask for a breakfast tea. Forgo your usual tea bag for the silver tea strainer on the table, and use tongs (not a spoon) for the sugar cubes. It's customary to add milk after you've poured the tea. Tea cups are fragile; stirring vigorously, so that the tea overflows or your spoon makes a clinking sound, is extremely bad form. While you're drinking, keep your pinky firmly curled next to the rest of your fingers; cocking it is pretentious. Need we even say that thou shall not slurp?

At restaurants, a waiter will bring a three-tiered serving plate: bread, butter, and crustless cucumber, watercress, and egg sandwiches sit on the bottom tray; scones with butter, cream, and jam are in the middle; and little cakes and biscuits (cookies) are on the top. Everything you eat should be bite-size. Use the small, bone-handled tea knife to cut your bread or sandwich. The butter knife and jam spoon in the middle of the table are for everyone; use these utensils, not your personal ones, to help yourself to a small serving of jam or butter, and place it at the side of your plate. Cakes and biscuits may be consumed after the bread, sandwiches, and scones, but take your time (anything sweet should be eaten last). Never dunk biscuits in your tea. Swallow food before sipping.

People traditionally gather at afternoon tea to enjoy one another's company and catch up. Two people might meet for an intimate tea, or a formal tea party could be thrown for as many as 50. The numbers aren't important, but conversation is. Politics and business are too touchy; social events, sports, and celebrity gossip are always fair game. Dress neatly: at least an oxford shirt for men and a calf-length skirt or slacks for women. At all costs, avoid denim or anything ripped or revealing.

Afternoon tea and high tea are different. Traditionally, the former features snacks intended to hold you over until dinner; high tea is taken in place of dinner, with hearty dishes such as sausage, fish, baked beans on toast, and hard-boiled eggs. You won't find high tea served in a restaurant or hotel. The meal is the exclusive domain of the home and is especially popular among families with small children because it's quick and easy to make. It's informal, so although basic table manners are important, don't worry about what to eat when. There's also the mid-morning snack called "elevenses" (taken at around 11 a.m.). Expect a currant bun or biscuit and tea or coffee if you're staying in a home; in restaurants and hotels, this meal receives little fanfare. Don't worry about clothes or propriety for elevenses--most people eat it alone, at the office, or between errands at home.