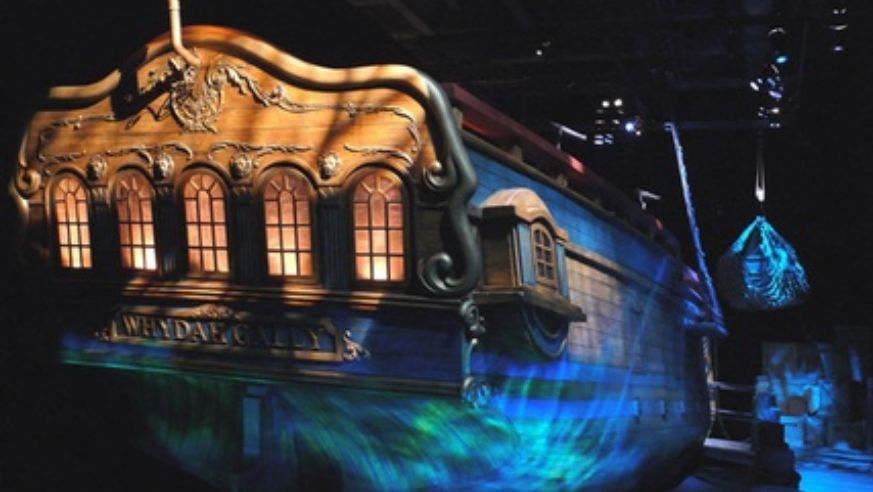 Pirates are, distressingly, much in the news these days, so it might be something of a relief to focus instead on treasures recovered from the wreck of a long-gone pirate ship. The Whydah, a three-masted galley ship capable of carrying 300 tons of cargo, was captured in February 1717 by Captain "Black Sam" Bellamy. The ship's hold was full of gold and goods traded in Jamaica for 312 captives sold into slavery (the ship was named for the port city Ouidah, in present-day Benin). But Bellamy didn't enjoy his spoils for long—he sailed the Whydah into a storm off Cape Cod in April 1717, and the ship sank.

Underwater explorer Barry Clifford and his team discovered the site of the wreck in 1984 and spent two decades recovering objects from the ship.

Now National Geographic and Arts and Exhibitions International, who also put together the exhibit "Tutankhamun and the Golden Age of the Pharaohs," have cooperated to produce "Real Pirates: The Untold Story of the Whydah from Slave Ship to Pirate Ship." The 16,000-square-foot exhibit, which opened at Norfolk's Nauticus on November 21 and runs until April 4, 2010, features more than 200 artifacts and a life-size replica of the ship that visitors can enter.

We've written about Nauticus before, so suffice it to say that "Real Pirates" is just one more reason to visit this fun museum, where kids (and adults) can touch horseshoe crabs and everyone will enjoy learning about the history of our Navy. Do not miss the USS Wisconsin.