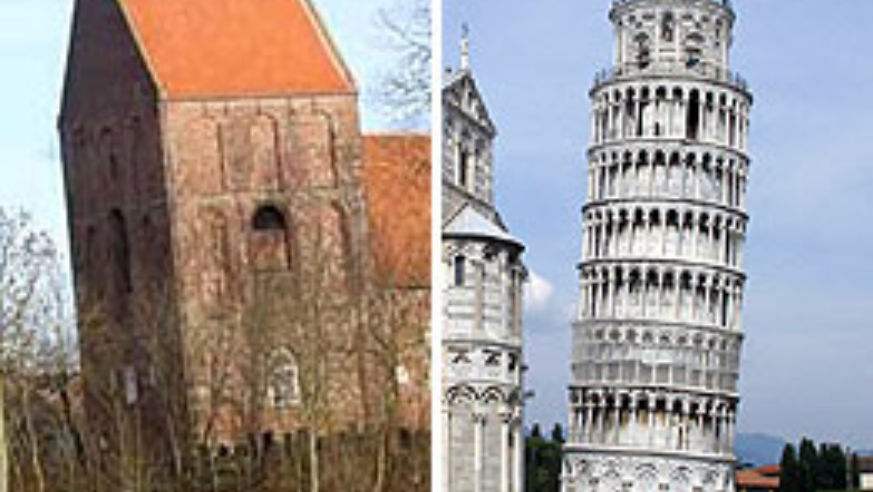 If you've been planning to visit the world's most tilted tower, you're going to need to exchange those plane tickets to Italy. The Guinness Book of World Records says you'll need to fly to Germany instead.

According to a Reuters news report, the upcoming 2009 edition of Guinness has ruled that the record belongs to a church steeple in the small village of Suurhusen, Germany. The Slate Tower, built in the 15th century, tilts at an angle of 5.07 degrees, while the famous Pisa tower only tilts at 3.97 degrees.

Whether this is something to celebrate, I leave up to you. After all, the tilting is generally due to shoddy construction and poor planning. But the fact that each structure is still standing after hundreds of years means that the work couldn't have been that bad, right?

RELATEDTrip Coach: Germany for the Holidays